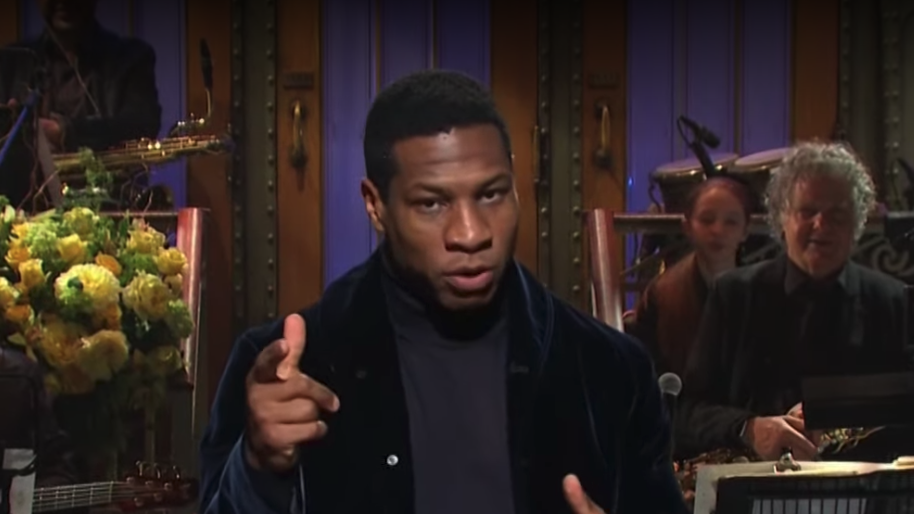 
Tonight, Jonathan Majors made his debut as host of SNL, touching on The Harder They Fall, an upcoming Ant-Man role and more in his opening monologue.

As Majors noted, the former Western unveiled by Netflix earlier this month sees him starring alongside the great Idris Elba. “It was fun filming that movie,” he said, “but if you ever want to feel bad about how you look, definitely spend two months standing right next to Idris Elba.”

The Emmy-nominated actor then turned back to his origin story, explaining that he was a military brat growing up. “My father was in the Air Force, my mother’s a pastor, so hallelujah, and I moved around a lot. I like to say I was born in California, raised in Texas, educated in North Carolina, roughed up in New York City, and then reeducated in New Haven, Connecticut,” he shared, “which I guess is my roundabout way of saying, ‘Yeah, I went to Yale.’”

For Majors, it’s “really wild” to be up on the SNL stage—to the extent that when he was first told he’d landed an appearance as host, he thought it couldn’t be possible.

“Side note: It’s crazy how many people got their start at Red Lobster,” he continued. “Both Nicki Minaj and Chris Rock worked there. Now, I don’t know what they’re putting in them Cheddar Bay biscuits, but it’s working.”

Really, though, these early professional experiences did teach Majors lessons that stick with him today. “It taught me to work hard. If you trust the plan, great things can happen,” he said. “I’ve got a beautiful daughter. I’m going to be in the next Marvel Ant-Man movie—or, as the Black community likes to call it, ‘not Black Panther.’”

While “the weight” of hosting SNL initially felt overwhelming, Majors ultimately found himself leaning into excitement about the opportunity. What helped him to navigate the transition between these emotions was to reflect on advice his grandfather had always gave him. “He’d always say, ‘Grandson, everything’s big at first. But you walk up on it, face it. Pretty soon, it’s so small, you can put it in your pocket,’” the actor shared, “which incidentally, is the tagline for the next Ant-Man movie.”

The Ant-Man movie Majors is referring to is Ant-Man and the Wasp: Quantumania, which will see him playing supervillain Kang the Conqueror. It’s scheduled for release in 2023.

Majors is joined for tonight’s episode by musical guest Taylor Swift, who is making her sixth appearance on the long-running late-night sketch series.