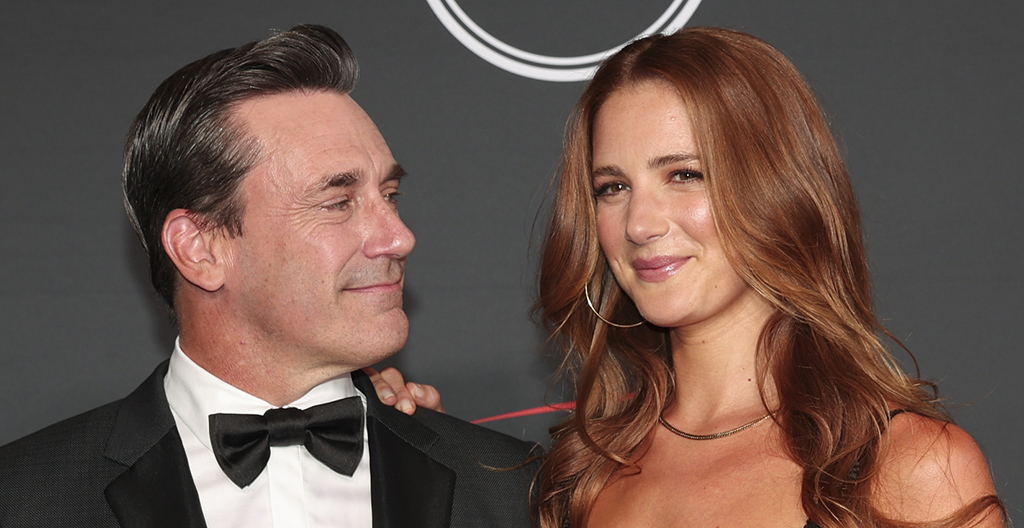 The stars aligned, bringing together some of the biggest names in entertainment and sports on the red carpet. Osceola was a vision in florals, making a bold statement for the coveted annual event.

Osceola donned a fitted black and red maxi dress with thick straps. The dress was littered with red blooming flowers and greenery sprawled across the fabric.

The “Law and Order” actress accessorized with a simple gold chain, letting the maxi dress speak for itself. The star graced the carpet in ruby red sandal heels. The shoes clasped and secured on either ankle with straps crisscrossing along the tops of the actress’s feet.

Hamm accompanied the actress in a classic black and white tux laid over a crisp white button up. The actor wore shiny black pointed dress shoes fit for any event but certainly the ESPYs. The “Mad Men” star fastened a bowtie to his neck and slicked his hair back, looking like a regular leading man. The tux is a classic silhouette that flatters every figure. It’s no wonder the style has had such longevity on some of the worlds most important red carpet events to date.

See all of the star-studded arrivals at the 2022 ESPY Awards.