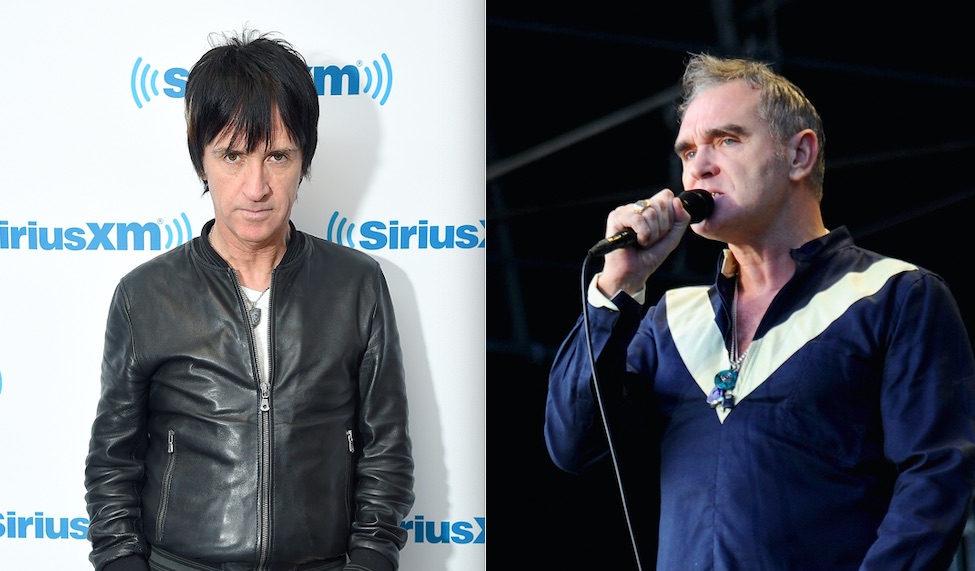 
Johnny Marr and Morrissey, the two former leaders of the Smiths, will presumably never make music together again, and they don’t seem to like each other much, but they will forever be intertwined in the public imagination. Morrissey has a problem with this. On his website yesterday, Morrissey posted a long open letter requesting that Marr stop mentioning him in interviews. To reluctantly give credit where it’s due, the open letter is pretty funny: “Must you persistently, year after year, decade after decade, blame me for everything … from the 2007 Solomon Islands tsunami to the dribble on your grandma’s chin ?… You have positioned yourself ever-ready as rent-a-quote whenever the press require an ugly slant on something I half-said during the last glacial period as the Colorado River began to carve out the Grand Canyon. Please stop.” Now, Marr has responded.

Early this morning, Johnny Marr addressed Morrissey’s open letter on Twitter. Marr’s response is less long-winded and flowery than what Morrissey wrote, but that’s probably what you’d expect from Johnny Marr. Marr’s tweet mostly reads as an eye-roll about the entire idea of an open letter: “Dear @officialmoz. An ‘open letter’ hasn’t really been a thing since 1953, It’s all ‘social media’ now. Even Donald J Trump had that one down. Also, this fake news business…a bit 2021 yeah ? #makingindiegreatagain”

Dear @officialmoz . An ‘open letter’ hasn’t really been a thing since 1953, It’s all ‘social media’ now. Even Donald J Trump had that one down. Also, this fake news business…a bit 2021 yeah ?#makingindiegreatagain

I think Johnny Marr could’ve gone harder than that, but I didn’t play guitar on “How Soon Is Now?,” so what do I know? Also, as someone who has interviewed Johnny Marr, I can tell you that this guy gets asked directly about Morrissey every single time he picks up a phone and that he is not excited to answer those questions.