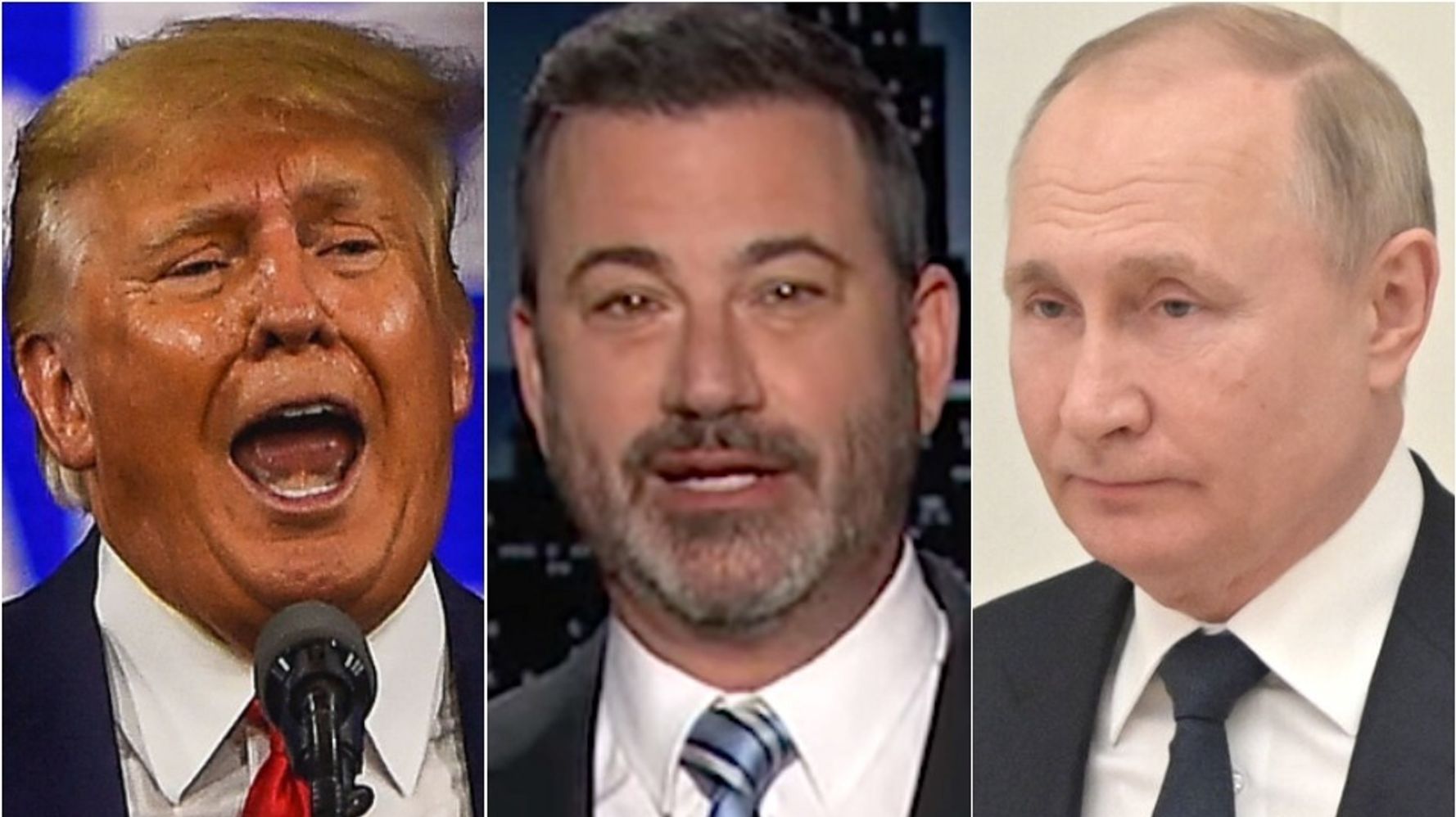 
Trump over the weekend claimed again that Russia wouldn’t have invaded Ukraine if he were still president ― and that Putin had an “affinity” for him.

“I don’t know about you, but I’m not particularly interested in hearing Capt. Bone Spurs’ thoughts on war when his only military credentials are leading an attack on his own vice president at the Capitol,” Kimmel said. “Be an American for one minute and shut up. Even the clown from ‘It’ took a few years off between terrorizing children.”

Kimmel added that Trump’s recent comments have been marked by his “most insane” lie ― and that’s the notion that no one was harder on Putin than him.

“This is a tough one for Donald Trump,” Kimmel said. “If Biden’s sanctions work and Russia runs out of money, in 2024 there’ll be no one to fund his campaign.”