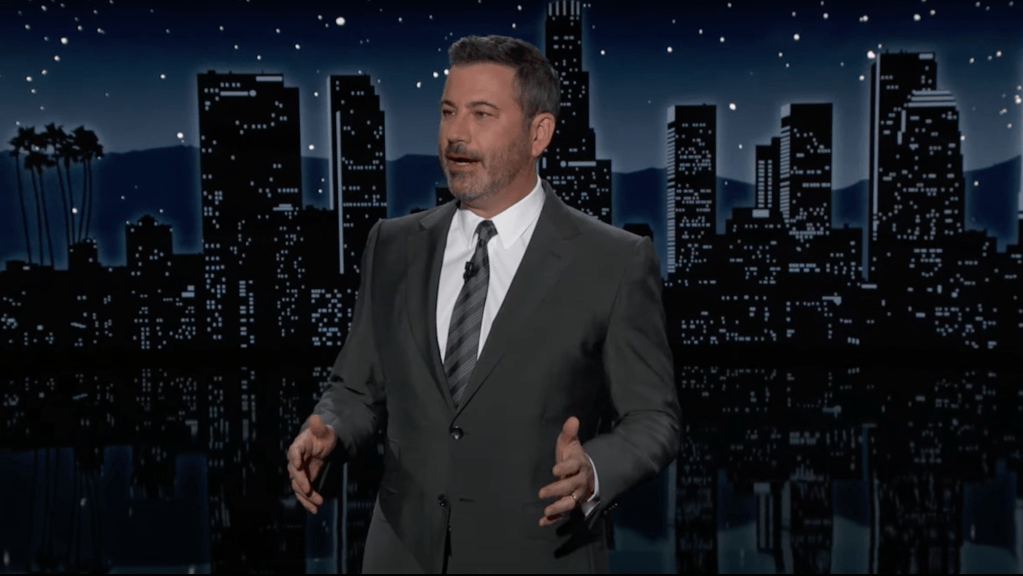 The ABC late-night host got a fresh batch of insider info from former White House Press Secretary Stephanie Grisham’s new book called I’ll Take Your Questions Now, which is set for publication via HarperCollins on October 5. “It turns out,” he deadpanned, “this Trump character is real nuts.”

Kimmel most connected with Grisham’s story about President Trump receiving a colonoscopy. “I feel cheated because when a president, especially this President, gets a colonoscopy, it is my duty to make jokes about it,” he said.

He then wasted no time getting to the jokes.

“The President went to Walter Reed Hospital for a colonoscopy today. It took a while because the doctor kept accidentally sticking the camera in his mouth,” he said. “As soon as they switched the camera on, Trump turned around and said, ‘Hey doc, how are the ratings?’”

Kimmel also threw former Vice President Mike Pence under the bus, adding that “The doctor said the hardest thing about giving Trump a colonoscopy was getting the camera around Mike Pence’s nose.”

Kimmel’s entire opening monologue can be found above.