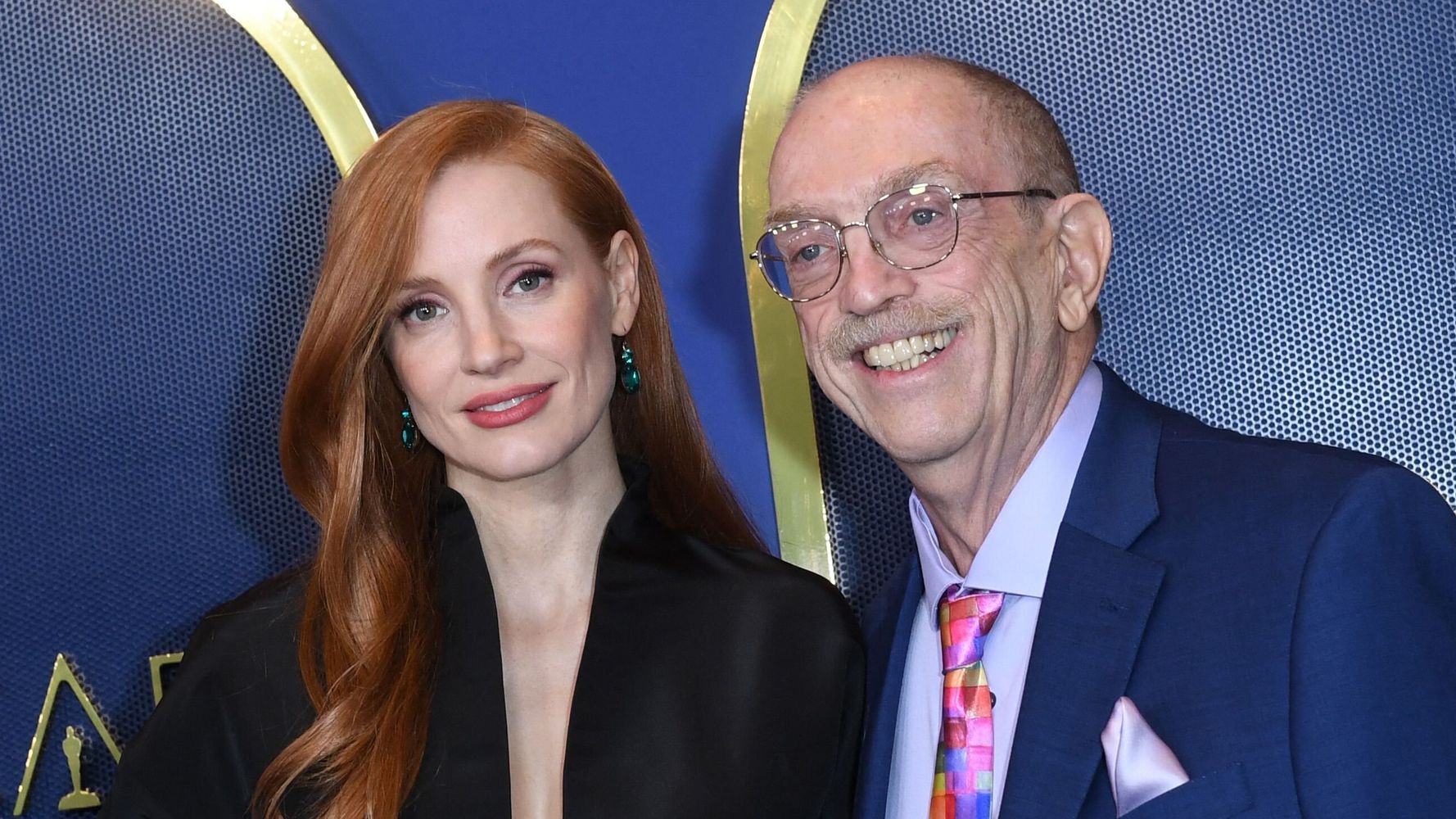 Jessica Chastain celebrated her Academy Award nomination on the arm of a very special guest this week.

Chastain is nominated for her portrayal of televangelist Tammy Faye Bakker in “The Eyes of Tammy Faye,” co-starring Andrew Garfield. Her date for Monday’s Oscar nominees luncheon in Los Angeles was Steve Pieters, who enjoyed a relationship with the real-life Tammy Faye during her lifetime.

That barrier-smashing interview is recreated in “The Eyes of Tammy Faye,” with Pieters played by actor Randy Havens. To the real-life Pieters, it was a deeply pivotal moment, and he went on to become internationally known for his HIV advocacy work. It also forever enshrined Tammy Faye as an ally to the queer community, and she continued to attend LGBTQ-inclusive churches and Pride events until her death in 2007.

Pieters shared snapshots from the Oscars luncheon on Instagram Tuesday, including selfies with actors Maggie Gyllenhaal and Peter Sarsgaard.

“On my way to the Oscar Nominees Luncheon as Jessica Chastain’s date!” he wrote in one caption. “How many nominees will be bringing a character from their movie?”

Speaking to The Associated Press at the event, Pieters said he’d gifted Chastain a button he wore during that 1985 interview that bore the inscription: “God is greater than AIDS.”

“That’s what I’ve tried to project all these years, that God is indeed greater than AIDS,” he said. “I said it in the interview, but I’ll say it again: Jesus loves me just the way I am. Jesus loves the way I love.”

Speaking to Entertainment Weekly’s “The Awardist” podcast in December, Chastain said she believed Tammy Faye and Pieters “saved lives that day, through that interview.”

“I felt ashamed that this woman hadn’t been acknowledged for that,” she added, “and instead had been criticized for how she decided to present herself in terms of her mascara.”

A three-time Academy Award nominee, Chastain is considered the Best Actress front-runner at the 2022 Oscars, which air March 27. Fellow nominees include Nicole Kidman for “Being the Ricardos” and Kristen Stewart for “Spencer.”