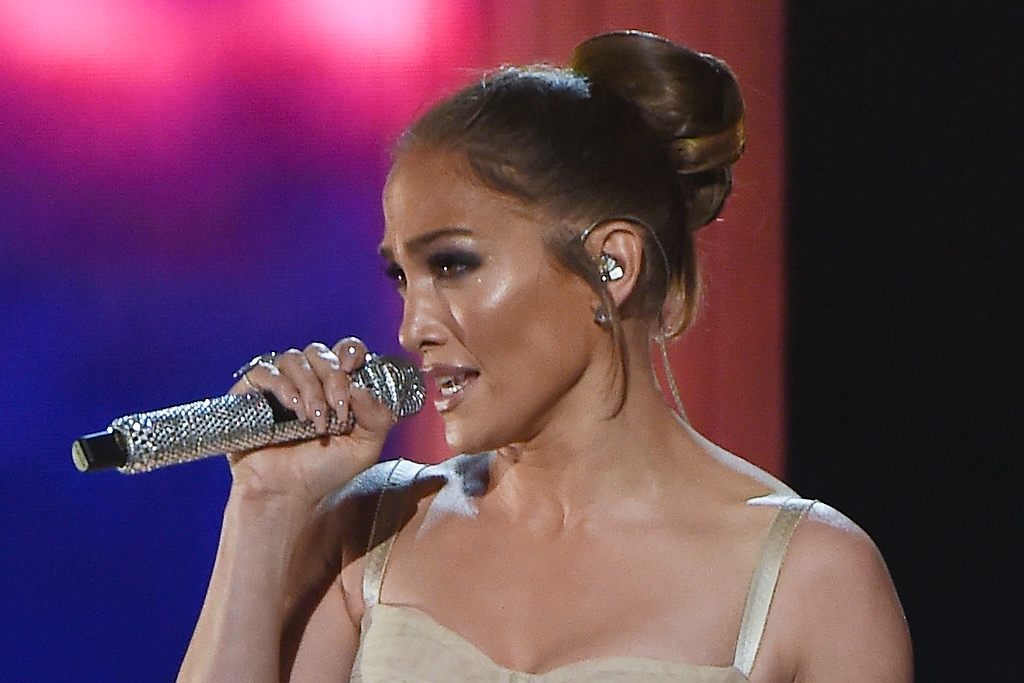 While performing her new song “On My Way” at the ceremony, the “All I Have” singer wore a rose-shaped headpiece with a gauzy, crystal-accented veil, plus a nude Dolce and Gabbana gown with a structured bodice. The sleeveless number featured corset boning similar to styles worn by ballerinas, as well as a tulle midi skirt cinched with a silk sash. With her hair styled in a slick bun and accented with Messika diamond earrings, JLo brought the elegance of a prima ballerina to the stage.

The “Marry Me” star gave her ensemble an edgy boost with matching nude pointed-toe ankle boots. The sharp style, which featured nude leather uppers, included a lace-up silhouette with silver eyelets. The pair also included stiletto heels, totaling at least 3 inches in height. The shoes added a sleek edge to Lopez’s elegant look, while also coordinating with her dress to create a monochrome nude moment.

The American Music Awards honor both established and independent musicians, as well as those who have broken records during the year. This year’s event, hosted by Cardi B, will take place at the Microsoft Theater in Los Angeles, California. Olivia Rodrigo has the most nominations of the evening with seven, followed by artists including The Weeknd, Doja Cat, Giveon and Bad Bunny. Unlike past ceremonies, several awards have already been announced on TikTok for Ed Sheeran, Lil Nas X and Taylor Swift.

Click through the gallery to see more red carpet arrivals at the 2021 American Music Awards.