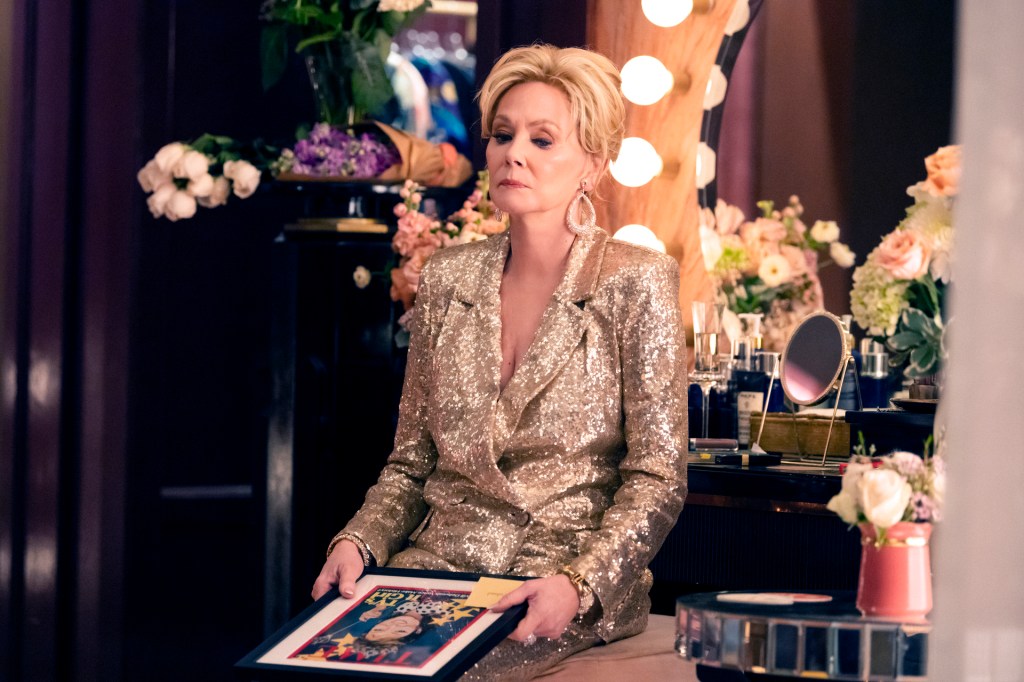 
An emotional Jean Smart paid a moving tribute to her late husband, “friend and soulmate” Richard Gilliland who passed away in March as she accepted the Emmy for best actress in a comedy.

“I wouldn’t be here without him, without him putting his career on the back burner so I could take advantage of all the opportunities I have found,” she said.

Smart, took home her fourth Emmy for a bravura performance as Deborah Vance, an aging caustic and spoiled female comedian in Las Vegas (a la Joan Rivers meets Debbie Reynolds) in this biting, much-nominated freshman HBO Max series. She tanked HBO Max and her team “for working through a pandemic. You’re all so creative and brave.”

The actress, 69, was also in the running tonight for a best supporting Emmy on HBO’s limited series Mare of Easttown in the midst of a fast-moving career renaissance that includes FX’s Fargo and Legion and HBO’s Watchmen (where she was Emmy-nominated for Outstanding Supporting Actress in a Limited Series or Movie for her role as agent Laurie Blake).

A star of stage and screen, many say Hacks is Smart’s most memorable performance as Vance, who is tries to keep her career afloat with the help of a feisty young comedy writer Ava (Hanna Einbinder, also nominated and also winning in the best supporting role). In an impressive sweep, Hacks also just won for best comedy writing and directing.

Smart’s previous Emmys were for two guest turns on Frasier as Lana Gardner and a supporting actress win on the ABC sitcom Samantha Who? Where she played Regina Newley, the overbearing mother. She received back-to-back Emmy nods for her portrayal of Martha Logan, the mentally unstable First Lady of the United States, on the action drama series 24.

The Seattle native first appeared on Broadway in 1981 as Marlene Dietrich in the biographical play Piaf. In TV, she nabbed leading role as Charlene Frazier Stillfield on Designing Women, starring in the CBS sitcom from 1986 to 1991.

Smart was nominated for the Tony Award for Best Actress in a Play for the 2000 Broadway revival of The Man Who Came to Dinner.