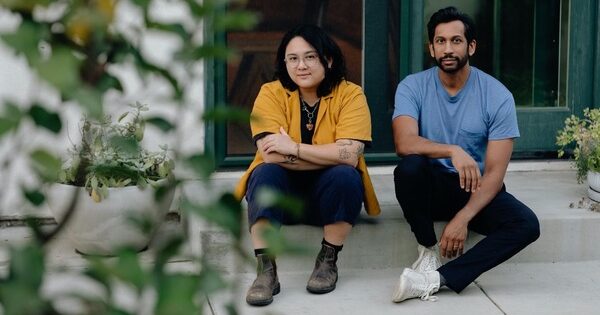 
Musician and Song Exploder creator Hrishikesh Hirway has enlisted Jay Som for a new song called ‘Home’. Hirway produced the song, with additional production from John Congleton, who also handled the mixing. Hirway co-wrote ‘Home’ with John Mark Nelson. Check out a video for it below.

‘Home’ is lifted from Hirway’s upcoming EP, which is due later this spring and will include the track ‘Between There and Here’ featuring Yo-Yo Ma. “‘Home’ was written a year after the pandemic started, and about 6 months after my mother passed away,” Hirway said in a statement. “Except for the week I traveled for her funeral, I had spent the entirety of the previous 13 months with my wife in the small house we’d lived in for the past 8 years. I associate so much of the joy and disappointment and pain and contentment that we experienced with the places where I was at the time, but we carry all of it with us. I wanted to write a song about all of that: an ode to my wife and the life we’ve lived together; to the homes we’ve lived that life in; and to the home we still hope to find someday. I got Jay Som’s recording about 5 months after writing the song initially, and hearing those words through her voice, too, made it finally feel complete.”

Of the video, which marks his first solo directing credit, Hirway added: “The video features portraits of real couples who have spent decades together. I wanted to capture the idea, in the simplest way possible, that their lives are intertwined and full of memory and history. And that history is palpable when you see them together.”

Hirway is also teaming up with Jenny Owen Youngs this spring for a set of dates of music and storytelling; tickets are available here.