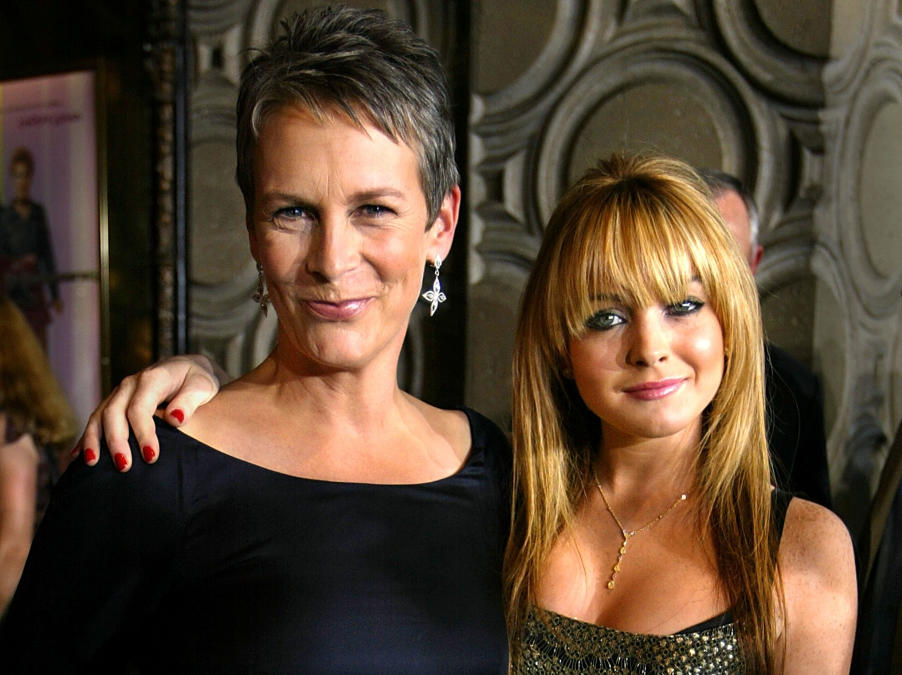 
is praising as her Freaky Friday co-star steps back into the spotlight.

Curtis, who portrayed Lohan’s mother in the 2003 body-switching film, about the actress, who is next after leaving Hollywood following a tumultuous decade. The Halloween actress said of Lohan, “She is a great talent. And she’s had a lot on her plate at a very young age. It seems like she is settling into a really happy domestic life — she’s engaged.”

Curtis, who like Lohan has been open about her , also applauded Lohan for , which referenced her troubles with the law. In one scene, The Parent Trap star is said to have traded in “DUIs for DIYs,” revealing a scene of her bedazzling Danny Trejo’s ankle monitor bracelet.

In October 2021 interview with Yahoo, Curtis confirmed she and Lohan are still in contact over text — and that they even have a secret code to make sure they’re texting the correct person.

“There’s a song called ‘Like I Love You‘ by Justin Timberlake,” she explained. “And Lindsay and I were doing a scene in a car and there was a lot of time in between takes. And there’s a rap in the middle of that song by Clipse. She and I were trying to learn the words. And we were like sitting there with a pad. … We were writing them down and then we would do the scene and then we’d play the song and try to lip-sync the few words that we knew. I’m telling you, we laughed. And that is my secret code with her. ‘What was the song we were lip-syncing to in the car?’”

This isn’t the first time Curtis has defended her former co-star. In 2016, Curtis defended Lohan after degrading comments made by then-presidential nominee Donald Trump resurfaced. Curtis that Lohan was “grateful” for her onscreen mom coming to her defense, explaining, “How dare anyone, let alone a man in that position, make comments like that when clearly she was having difficulties in her life. She’s doing beautiful relief work with children in Syria. She’s in Athens right now. She is doing very well. I’m sorry that we all had to hear that and, then again, maybe it was helpful that we all heard it.”