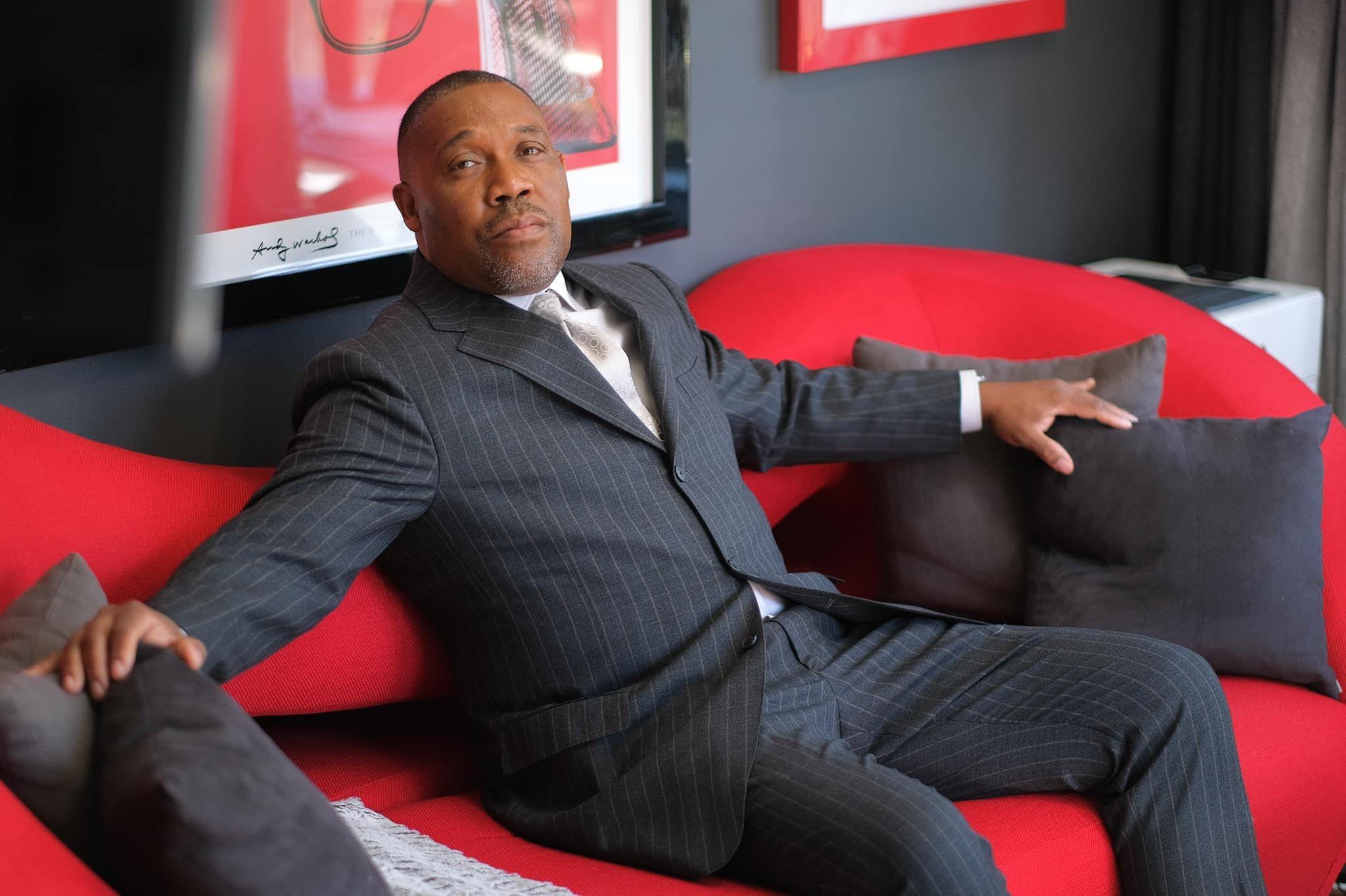 
If you have ever wondered why apparently wealthy people struggle with poor credit, James Hunt, a.k.a. The Celebrity Credit Guru, has a simple explanation. If Mr. or Ms. Ordinary Salary Slave absentmindedly pays a bill late, their credit score takes a hit. If Joe or Jane Millionaire absentmindedly pays a bill late, their credit scores also take a hit. And since even rich people want to buy expensive things without paying all cash, their credit rating matters. It’s why many celebrities rent their lavish homes. They can’t get a mortgage.

Before James Hunt rebranded himself as The Celebrity Credit Guru he was learning about money and credit the hardest way there is, as a homeless person looking in from the outside. “I would walk up and down Lenox Road in Buckhead (an affluent neighborhood in Atlanta) and watch all of the Range Rovers, Bentleys and Rolls Royce cars drive by,” he said. “I would look up at people in their luxurious condos and dream of living like that because it seemed that everyone else was enjoying life except me.”

Hunt managed to buy a cheap laptop and, using the WiFi at a Starbucks, educated himself about the laws governing credit and the rights of people have to stop collection agencies from hounding them. Hunt started to build a client base of everyday people, until one day he was introduced to a member of the Hip-Hop group Travis Porter, who became his first celebrity client. That was eight years ago, and Hunt counts among his clients Kanye West, Akon, Jaime Foxx, Ryan Seacrest, Tiny Harris, Cardi B and Offset, Young Thug, Future, Tichina Arnold, Tank, and many others.

We asked James Hunt, The Celebrity Credit Guru, about the intricacies of credit, the burden of bad credit, and the problems that people of average means share with the wealthy much more often than either realizes.

I understand you were homeless at an earlier point in your life. How did you end up homeless, and what did you learn from that?

I ended up homeless because the complete bottom of my life fell out. There were bad, toxic relationships with the people closest to me in my life, which I will not speak on – but I had to get away from that environment. I walked away from everything and everyone, and I was forced to push the restart button on my life.  I decided it was better for me to be down and out alone than to be even mildly successful with those driving me into darkness. As far as what I learned, you learn everything! You learn to appreciate having a roof over your head. In addition, being homeless teaches you that when you hit rock bottom, there is only one way to go, and that is up. So, in the process of going up, you are allowed to take more risks because there is nothing to lose. There IS no risk factor because you have nothing. I was able to resist the urge of going to work for someone else and I have been blessed to find success.

The only two ways most people know to improve their credit is to pay off what they owe or declare bankruptcy. How does someone “repair” someone else’s credit?

There are all kinds of things that a person can find in their credit report that is negative and can be successfully challenged and removed. Paying off a negative account will not change anything on your credit profile. It will simply go from a non-paid negative account to a paid negative account. The fact remains, it is still a negative mark on your credit report. Therefore, the only logical thing to do is to challenge negative accounts. The law says that consumers have a right to challenge anything in their credit reports that may be inaccurate, or simply to prove whether a company that is reporting the information has the documentation to verify that what they are reporting is accurate. The law says that if creditors do not have the original application and the original signatures to prove it belongs to the consumer, they cannot continue to report it. My advice to anyone is to challenge anything and everything. Your thought process should be, “If you are going to report negative information and prevent me from living my best life, then you better have proof that is 100% accurate.” It is up to you to push the envelope and make sure they are reporting what the Fair Credit Reporting Act requires of you as a creditor of a federal reporting agency.

Among the people you have worked with are Ryan Seacrest, Kanye West, Akon, Future, Cardi B, Offset, Young Thug, Tiny Harris, Allen Iverson, Tichina Arnold, Tank, Bow Wow. How is it that so many people who are perceived as wealthy have credit problems?

Everyone has to abide by the same rules. It doesn’t matter what your wealth or fame is, how talented you are on stage, on court or on film; everyone has to abide by the same rules and that is really good news to have. In this age where some people seem to have certain privileges that allow them to do things that other people can’t do, the credit score makes everybody equal. If you do the wrong thing with your credit and finances, you will be punished the same way as someone who is poor or homeless.

The average person in this country has credit card debt and next to nothing in the bank. Have you learned lessons from working with rich people who have credit problems that you pass on to people of ordinary means who are struggling?

The one thing I pass on is that your money is not necessarily going to save you if you manage yourself and your money the wrong way. I am currently working on a new book called That Black Card Life – and in that book I will make the point that the “Black Card Life” is not just for successful people who can afford to spend $250,000 on an American Express Black Card, but for anyone who understands how to live within their means and be responsible as it relates to their credit, their debt and paying things on time. The school teacher living in the hood can live that life by living within her means, having good credit, driving her Toyota Corolla and paying her bills on time.  While she may not make as much money, she is living the same as the person in Beverly Hills driving a Rolls Royce and living in a mansion. Just on a smaller scale. That is what my lesson is to the people who will look at really successful people and envy them. You would be surprised, there are celebrities That I know who wish they had the credit scores of some of my ordinary clients.  All the money in the world can’t buy you a better credit score. Everyone has to do the same work to gain an excellent credit score.

Credit scoring is even harsher than I thought. So you’re saying a person could make an innocent mistake like forgetting a payment or overdrawing their checking account, pay the penalty and make good the payment, and still take a hit on their credit? Absolutely! So, the late payment is unforgiven because they have allowed you a certain amount of time to make the payment. If you fail to make the payment on time, then there are consequences and the damage to your credit is the penalty. The reward is the points that you get added to your score when you do make your payments on time. At the end of the day, the credit score is the result of penalties and rewards. You have learned how to properly manage your credit once you understand this.