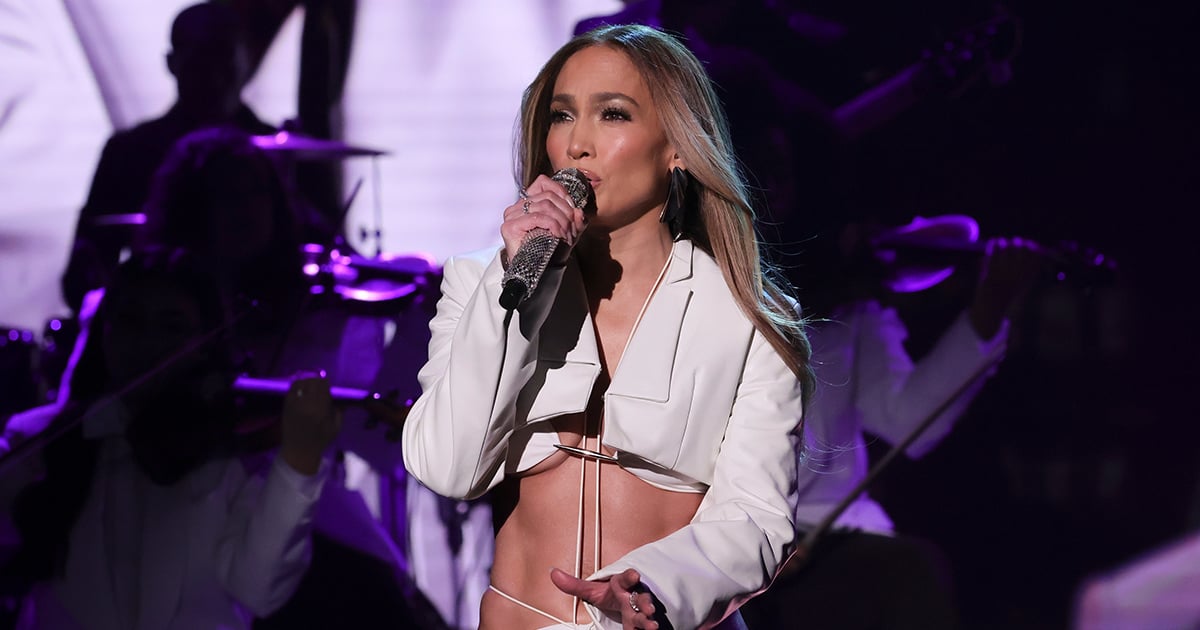 
A busy press tour comes with many outfits, and with only a few days until the release of “Marry Me,” Jennifer Lopez has sported one stylish look after another. While performing the film’s titular track on “The Tonight Show Starring Jimmy Fallon,” Lopez wore a white outfit consisting of an extremely cropped leather blazer over a bralette and a 2000s-inspired long, low-rise skirt with hip cutouts.

Styled by her go-to stylists Rob Zangardi and Mariel Haenn, the custom Grace Ling ensemble accentuated her toned abs as she sang alongside her costar Maluma, who wore a bright sage green suit. Though Lopez’s outfit was undoubtedly eye-catching from the front, she revealed the even sexier back during her performance: an exposed thong with a shiny sculptural square plate. She kept the same accessories — earrings and a gold cuff from Tiffany & Co — from her earlier chat with Fallon, which she paired with a sleek red Norma Kamali slip dress.

If the all-white outfit looks familiar, it’s because the actor-singer posed in the exact jacket-skirt combo in black last week, in a photo shoot for “The New York Times.” Ahead, watch J Lo and Maluma’s full performance, and catch a closer look at their fab style.