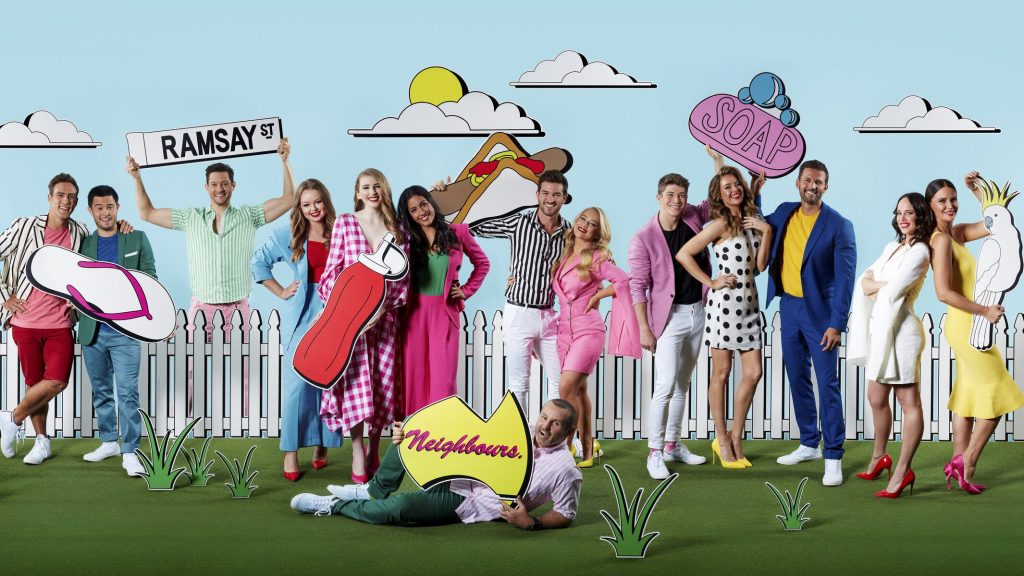 
EXCLUSIVE: ITV has been tipped as the “natural home” for Neighbours by industry sources as Fremantle seeks a UK buyer for the 37-year-old soap, which could be facing the axe in six months’ time.

Several from within the UK distribution and production community alerted Deadline to the possibility of the nation’s second largest broadcaster being producer Fremantle’s best option when it commences talks with potential buyers over the coming weeks.

ViacomCBS-owned Channel 5, the Australian soap’s current co-commissioner, announced over the weekend that it will stop funding Neighbours shortly, pivoting focus towards original UK drama off the back of the success of the likes of the All Creature Great and Small reboot.

ITV’s general tone was raised by several as fitting nicely with Neighbours’ brand of relaxing teatime drama, and current ITV soaps Coronation Street and Emmerdale have been some of the network’s most successful shows for decades. With this in mind, ITV was seen as a more viable option than competitors such as the BBC or Channel 4, or outside bets Sky and UKTV.

“One can really see it being ITV because where else would it go,” said a senior distribution source, who backed broadcasting heavyweight Michael Grade’s prediction that the show is likely to be picked up by someone.

Two sources described ITV as a “natural home” for the occupants of Ramsay Street, with one regular ITV supplier saying: “They [commissioners] will definitely be discussing it.”

Speaking on BBC radio yesterday, Grade, a former ITV Executive Chair, described Neighbours as a “big brand that will get a lot of publicity and has a readymade audience.”

The show airs daily after lunch on Channel 5 and is repeated at 6PM, drawing an average of around 1M consolidated viewers, numbers that have been on the wane in recent years as the Australian audience on Network 10’s 10 Peach has also diminished. Fellow Australian soap Home and Away also airs daily on Channel 5, although its late afternoon repeat was cancelled late last year as the Channel 5 News was extended.

Two sources, one of whom is a former ITV Commissioner, suggested ITV’s youth-skewing portfolio channel ITV Two could be an option as the soap pivots towards younger audiences.

One of these sources predicted the BBC will also be thinking hard about picking up the show for BBC Three, another youth-skewing channel that relaunched on linear last week and is after shows to populate the early evening schedules.

Using a youth-skewing secondary channel would solve any scheduling problems thrown up by the acquisition of Neighbours on ITV main channel.

While Neighbours “would make a neat and cheap replacement for ITV’s [now-cancelled] Jeremy Kyle Show,” according to the former ITV Commissioner, it is hard to see an obvious natural slot.

Teatime gameshow format The Chase brings in big numbers later in the afternoon and the ITV News was recently extended to an hour, with Coronation Street and Emmerdale reshuffling.

The senior distribution source pointed to BBC/ITV streamer BritBox as a possible solution, which could drive subscriptions to the platform.

“You could put Neighbours on BritBox and play episodes exclusively for a month before it heads to ITV linear,” the source considered.

A Fremantle spokeswoman said the producer’s current priority is “letting our cast and crew know what is happening while we work out the next steps for the show.”