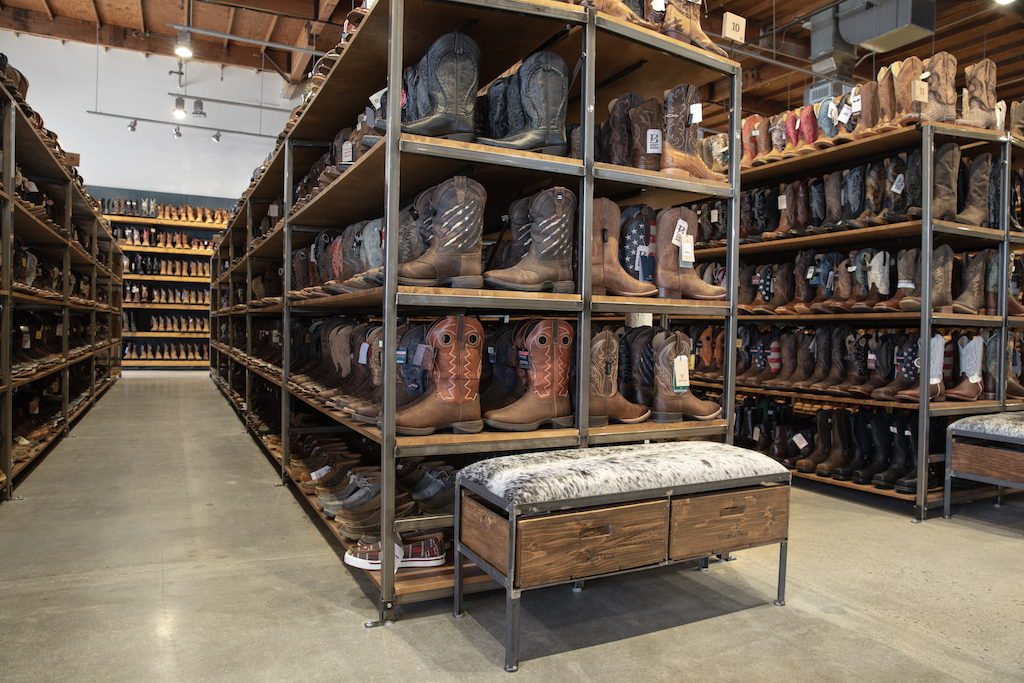 
Boot Barn is not just for cowboys anymore.

According to Jim Conroy, the CEO of the boot and outdoor retailer, half of the company’s explosive growth over the last year can be attributed to reaching new customers. This was achieved via a broader product assortment, targeting marketing campaigns and a shift in brand aesthetic.

“We don’t only have to go after a pure Western customer, somebody who works on a ranch, rides horses and attends rodeos,” Conroy said in an interview with FN. “[We’re selling] merchandise that almost anybody could could wear, regardless of whether you’re a Western customer specifically.”

As such, Boot Barn has expanded its assortment of leather Western boots and cowboy hats to include hiking boots, baseball hats and graphic T-shirts. This move has driven an influx of new consumers to the retailer, which Conroy calls out as the reason for his business’ recent skyrocketing growth.

Over the last four quarters, Boot Barn has consistently posted explosive results. In its most recent earnings for Q3, total sales vaulted 71% to $486 million, with a consolidated same-store sales increase of 61%.

This larger-than-normal growth began around March of last year, propelled by the influx of government stimulus checks, Conroy noted. Since then, the company has seen sales increase more than 55% — often reaching 70% — for 45 consecutive weeks, compared to two years ago.

“We’ve now gone four consecutive calls and the business hasn’t softened at all,” Conroy said. “We’re pretty excited and frankly somewhat confident that we’ll be able to anniversary that growth and continue to grow.”

Prior to this recent outsized growth, Boot Barn had been growing at a rate of about 20% — by more than $100 million in sales on average every year — for a decade. In a January note, Williams Trading Analyst called Boot Barn the “best growth story in our coverage, and perhaps in all retail,” citing the company’s expanding store count, exclusive brands and a surge in women’s Western boots.

A major part of this success story lives in the company’s physical stores. About 85% of total sales come from its nearly 300 locations, marking a stark comparison to the popular move among retailers to invest more deeply in digital sales. Upping his initial projection of hitting 500 stores, Conroy said he believes that Boot Barn could have almost 800 new doors within the next 10 years. This would give the company an opening rate of 10% more stores per year and would mean an additional 40 locations next year.

Opening these new stores is crucial for Boot Barn to meet that new consumer. As such, Boot Barn is targeting states like Pennsylvania, Ohio and Virginia, regions that might be less familiar with its merchandise. According to Conroy, new stores in these states have been “massively outperforming” their sales plans.

As for product assortment, Boot Barn’s six exclusive brands make up 30% of overall sales, which Conroy aims to grow.

Summing up the company’s strategy moving forward, Conroy said Boot Barn will continue to focus on its exclusive brands, physical store fleet and omnichannel capabilities to further service the consumer.

“It’s not the most glamorous-sounding strategy,” he said. “But it seems to be working, so we’re going to stick with it.”