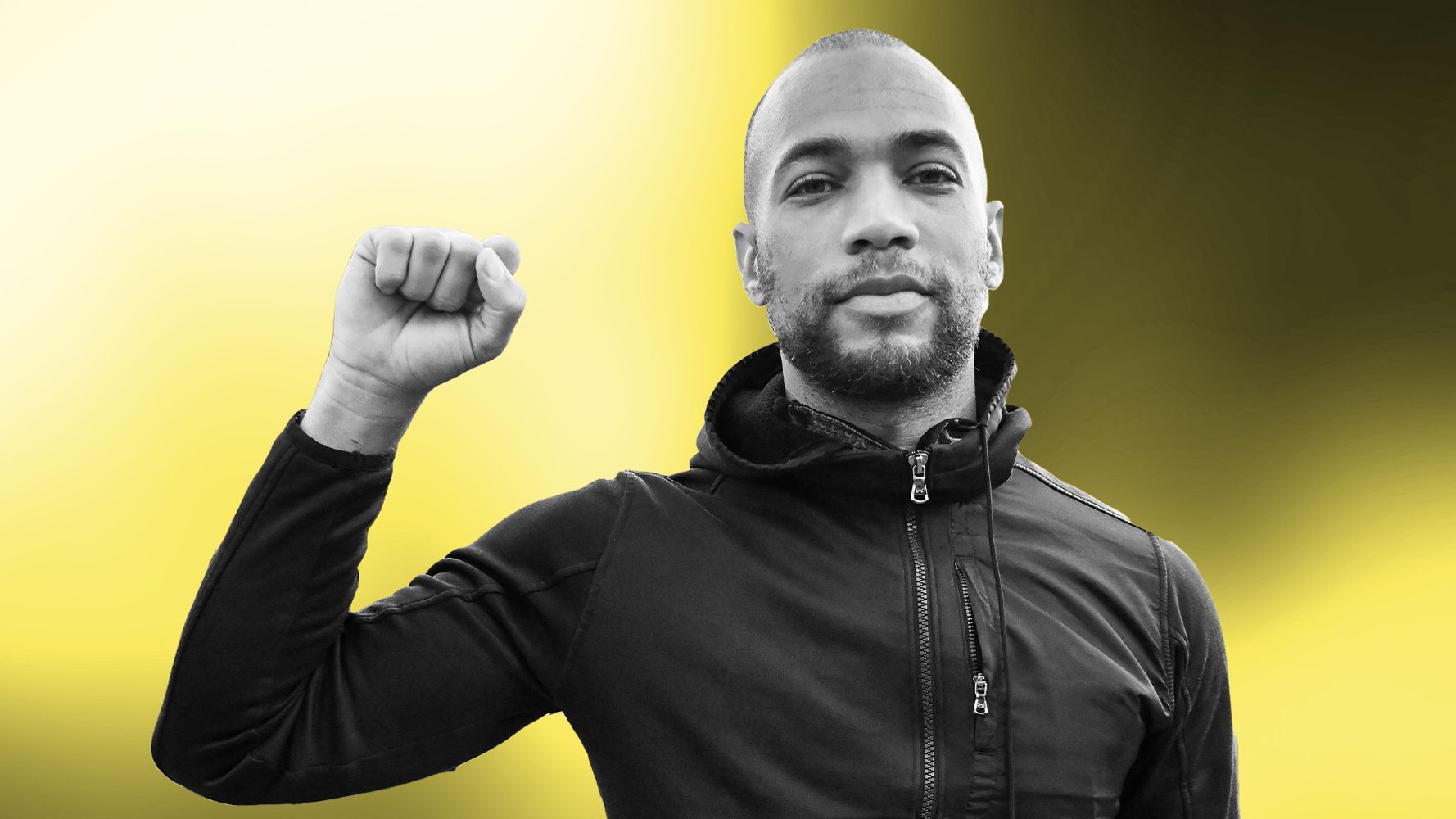 Some might call it coincidence, but for Kendrick Sampson, it’s a matter of fate.

The 33-year-old “Insecure” star began his journey in Hollywood 14 years ago, coming into young adulthood in South Los Angeles and frequenting the same spots in Ladera Heights as the show’s creator Issa Rae. He knew co-stars Yvonne Orji and Jean Elie long before they became castmates.

“That’s how I knew it was purposed,” Sampson said. “And it was coming from a higher place. All of these things were in alignment, these were conversations and situations I had already been through that I could easily connect with. All I had to do was bring myself to it, which is very, very rare in film and television.”

Raised in Houston, Sampson was a theater kid in high school, and film was his first love. Upon graduating, he moved to Los Angeles to pursue his dream of becoming an actor, while also diving into local activism and community organizing. At the time, he couldn’t afford to attend a conservatory, so in exchange for a few acting classes, Sampson would take on odd jobs around studios: reading scripts, cleaning, etc.

Now, over a decade later, Sampson’s resume includes a stint in Shonda Rhimes’ “How to Get Away with Murder,” a role in Channing Godfrey Peoples’ “Miss Juneteenth,” and the lovable, attractive, elusive barber Nathan.

“I got to play somebody from my hometown who is experiencing mental health issues,” Sampson said. “Before, when I first got to L.A. and was pursuing acting, those characters weren’t around. He’s just a barber; he’s a dope, regular degular barber. There’s so many of our stories like that, that I don’t think we get to see, so hopefully it inspires more.”

For Sampson, “Insecure” was an organic next chapter for his career. He knew he wanted to work with Black creatives, and was unapologetic about it. Then the opportunity to join the cast came two seasons in.

Sampson makes his first appearance as Nathan in the Season 3 premiere, when a skirmish breaks out between him and another passenger in Issa’s “party Lyft.” Later, they run into each other at Worldwide Taco on her lunch break, which morphs into an extended all-day date, with the pair walking around town, divulging bits of their childhood to one another, and revealing their naked selves — literally.

“I just feel grateful to be a part of something that was really transformational for Black storytelling,” Sampson said. “Black people are always depicted as either subhuman or superhuman. We have to either be demonized or criminalized or have to be a hidden figure or achieve something extraordinary while mediocre white people get their stories told all the time. I really loved the messy gray area that Issa was bold enough to push for, that we are human and that we have our flaws.”

But after Issa plays hooky with him, Nathan ghosts her for a month, disappearing without a trace and returning home to Texas. Though he attempts to return with a bouquet of flowers on Issa’s birthday in the Season 3 finale, her best friend, Molly (Yvonne Orji), promptly turns Nathan away so he doesn’t ruin the occasion with a weak apology. In episode 9 of Season 4, after reconciling and revealing that he was mentally “in a bad place,” Nathan shares the truth: He was diagnosed with bipolar disorder.

Sampson told HuffPost that depicting a Black man with mental illness is important for destigmatizing it, and emphasized the importance of showing Black people living, growing and dealing with personal issues like anyone else.

He added that the experience of playing Nathan has served as a model for navigating mental health issues in a relationship, while still talking about big transitions, friendships, or the mundanity of day-to-day life. Sampson, who has relatives who are bipolar or grapple with other mental illnesses, was not far removed from the experience.

“This is one of the things that we live with. There are systems built around targeting our mental health and so, it’s impossible to grow up in this country and not experience trauma and not need to heal from it,” Sampson said. “We go through life with those issues and often don’t have the tools that we need. It’s just showing us living, it’s not some sensationalized version of mental illness which is what we usually see.”

“Every once in a while you really understand that even though [Nathan] might not have intended to cause anybody any type of pain or harm, there’s still consequences that he has to wrap up and navigate through his actions,” Sampson said. “What does that look like for a young Black man, I think, is important to show. It’s not just like he’s some toxic dude and is written off. It’s literally showcasing his full humanity.”

Harnessing the power of Hollywood to shape perceptions has been a goal of Sampson’s, and is what he seeks to do through BLD PWR, a nonprofit initiative he founded in 2019 that teaches professionals in the entertainment industry to use their platforms to fight for social justice causes. At times, that work causes him to clash heads with liberals and conservatives in Hollywood.

“I’m focused on intersectional Black liberation and leaving nobody behind. I’m focused on abolition and in BLD PWR, we’re focused on abolition,” Sampson said. “What does that look like in storytelling? What does that look like in building a culture of care as opposed to the oppressive culture that we exude, exemplify and perpetuate through Hollywood pushing hyper-capitalism and anti-Blackness in storytelling?”

He continued, “When you watch documentaries like ‘Disclosure’ or ‘13th’ and just think about the portrayals of us, then we think about the people that we know, how much more diverse we are and how much more to the story there is, it usually doesn’t take people much to understand why it’s so important to ultimately have autonomy over our stories and hold the people who are telling our stories accountable.”

To outsiders, it may seem futile or disingenuous for an actor to engage in activism. For Sampson, it has never been about the optics, but rather staying grounded and rooted in community. Through “Insecure,” he’s not only tapped deeper into his purpose but also found a unique experience that allows him to do just that.

“I always say that ‘Insecure’ was and is a revolutionary show. It’s an activist show without being about activism. It shows us being and we know that our existence is resistance,” Sampson said. “To have something that actually blatantly expresses my same values in so many ways is something I couldn’t have ever predicted or even requested really.”