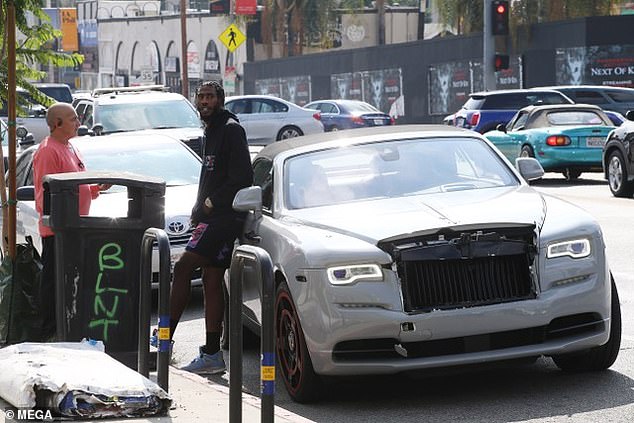 
DWTS’ Iman Shumpert smashes front grill and rear of his $356,500 Rolls Royce Dawn during four-car pile up on Halloween

By Sarah Abraham For Dailymail.com

Iman Shumpert seemed to be having a rough Halloween after getting into a fender bender while driving his $356,500 Rolls Royce Dawn.

The 31-year-old Dancing With The Stars contender got into a four-car pile up while driving in the Hollywood area of Los Angeles on Sunday.

In images obtained the 6ft5 NBA player thankfully looked unscathed while giving an account of the accident to police, but the same could not be said for his luxury convertible.

Halloween from hell! Iman Shumpert got into a Halloween fender bender on Sunday, smashing up his Rolls Royce in the front and back after a four-car pile up in Hollywood

Shumpert was heading northbound on Highland Avenue in Hollywood when four cars, including his, all rear ended each other.

After being sandwiched in between two other cars, the light grey luxury vehicle sustained damage to both the back and front.

His front grill was smashed with a piece hanging off the front bumper, and his right rear just below the tail light was caved in.

After pulling off to the side of the road to wait for police, an unharmed looking Iman was seen leaning against the damaged vehicle in a black sweatshirt and a hoodie. 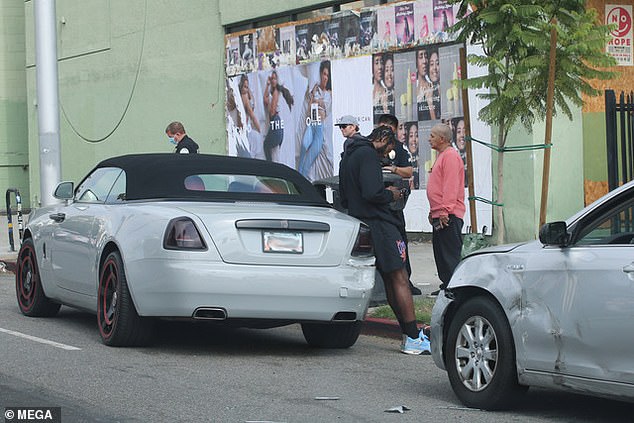 Gonna cost ya! His front grill was smashed with a piece hanging off the front bumper, and his right rear just below the tail light was caved in as he recounted the accident to police

While onlookers drove by, he seemed to talk to the owner of a silver Toyota Camry whose fender was also smashed in with additional damage to the driver side door.

Iman placed a phone call — presumably to his wife of five years Teyana Taylor — and spoke with police along with the other drivers before heading home.

Just last night he looked to enjoy a Halloween party with his singer-dancer wife, where the duo dressed as Wayne and Garth from Wayne’s World.

Shumpert is one of nine remaining celebrity couples on Dancing With The Stars and impressed judges during he and partner Daniella Karagach’s dance routine for Horror Night last week. 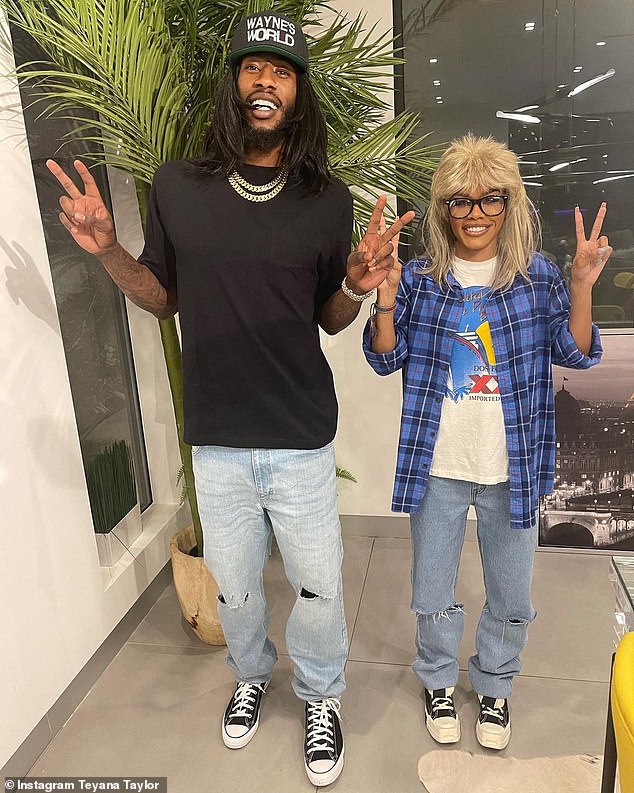 Last night: Just last night he looked to enjoy a Halloween party with his wife Teyana Taylor, where the duo dressed as Wayne and Garth from Wayne’s World

Before trying his luck on DWTS, the Illinois born basketball player last played for the Brooklyn Nets.

He re-signed with the team in January 2021 but played only one game before he was waived, and then went on to sign a 10-day contract with them in February.

Speaking to Sports Illustrated about tackling the competition dance show he said: ‘Why not say yes and take on a challenge. While I’m working on basketball, if I’m doing some other stuff I’m attached to, maybe I won’t be as pissed I’m not on a team.’

Iman continued to say that he was not the type to fight to get back into the NBA league or fight to sign with a team that was a championship contender.

‘I don’t have to go to a contender to feel happy. I just want to play basketball the right way. And I want to stand on that whether I’m in the league or not.’ 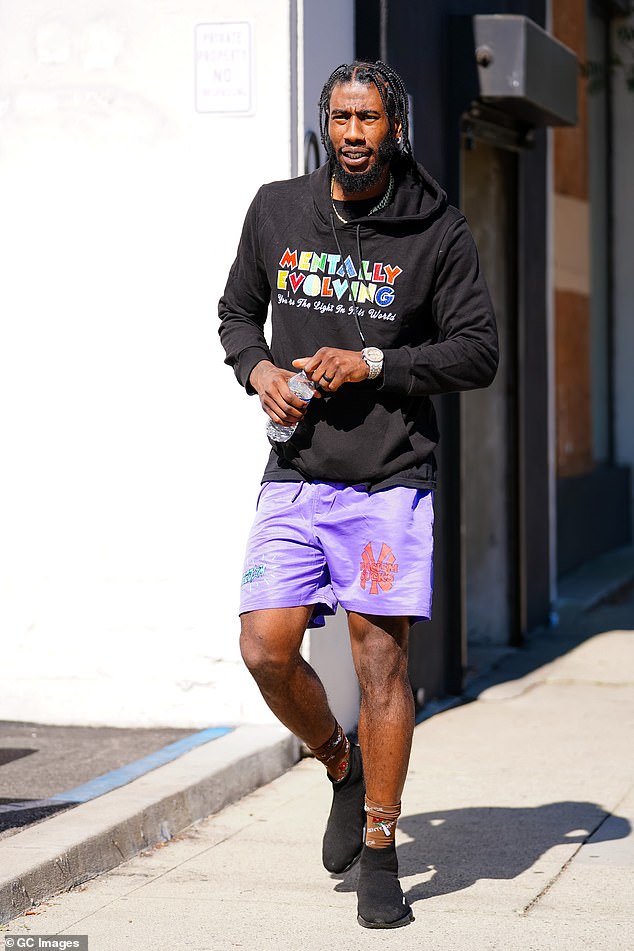 Days prior: On October 28, the DWTS hopeful was seen leaving practice after scoring high during last week’s episode of the hit competition dance show