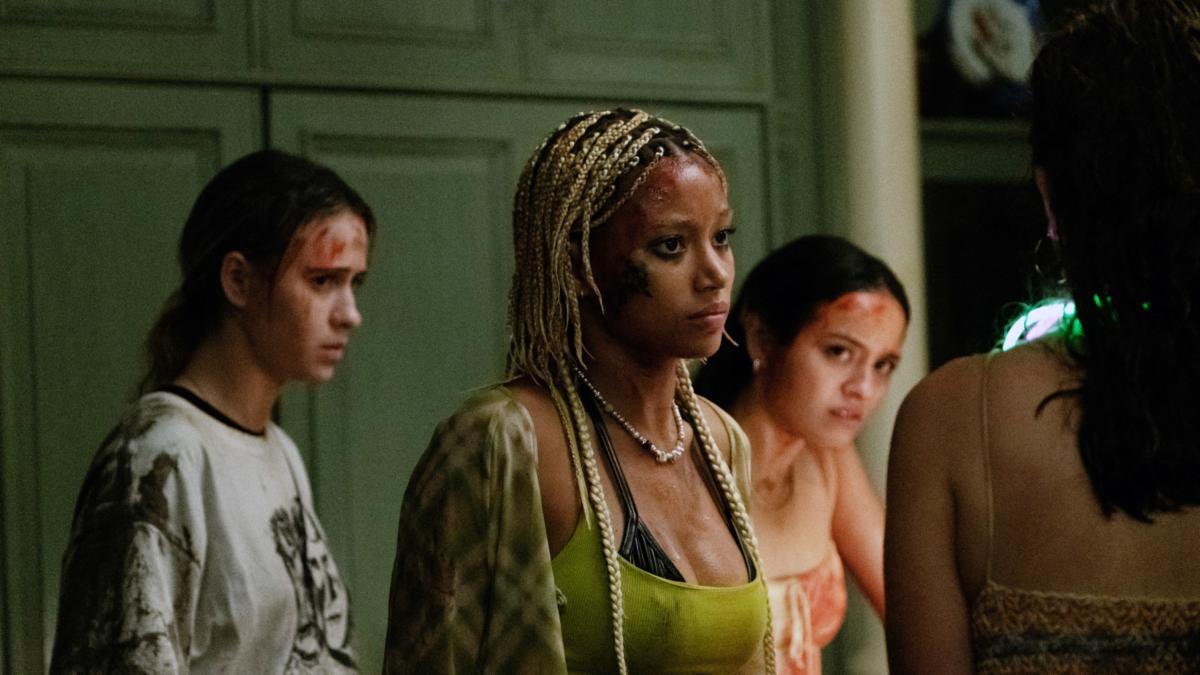 
Amandla Stenberg posted a video to her Instagram stories explaining why she reached out to The New York Times film critic Lena Wilson with a controversial message. As revealed by Wilson in a viral tweet, Stenberg contacted the film critic on Instagram after Wilson wrote in her “Bodies Bodies Bodies” review that the A24 horror movie “doubles as a 95-minute advertisement for cleavage.”

“Your review was great,” Stenberg wrote to Wilson. “Maybe if you had gotten your eyes off my tits you would’ve watched the movie!”

Stenberg’s comment generated backlash after it was posted to Twitter by Wilson, but the “Bodies Bodies Bodies” actor said in her own Instagram video that she was just trying to be funny with her message.

“I’m receiving a lot of commentary on the internet for being a very naughty girl and for sending a DM that I thought was hilarious,” Stenberg said. “There’s a film critic and her name is Lena Wilson. She described [‘Bodies Bodies Bodies’] as a 95 minute advertisement for cleavage,’ which I thought was hilarious. I’m proud that a piece of work I was a part of was described as such in such a renowned publication.”

Stenberg continued, “I thought it was hilarious. I thought because Lena is gay, and I am also gay…as gay people we would both find this comment funny. I was also curious to know what Lena would say to such a statement. Lena decided to publish it and also says that I am homophobic for saying that.”

According to Stenberg, the main reason she decided to reach out to Wilson outside of just being funny was because Wilson’s comment marked the latest example of someone commenting on Stenberg’s chest.

“It’s quite surprising the amount of commentary I receive on my boobs,” Stenberg said. “I wrote this tank top in this movie because me and the costumed designer felt it fit the character well. I do get tired of people talking about my chest. There seems to be a lot of unwarranted conversation about my chest.”

Stenberg concluded, “Lena, I thought your review was hilarious. I thought my DM was funny. I did not mean to harass you. I do not wish you any harm. You are allowed to have your criticism on my work and I’m allowed to have my criticisms of your work. I wish you the best.”