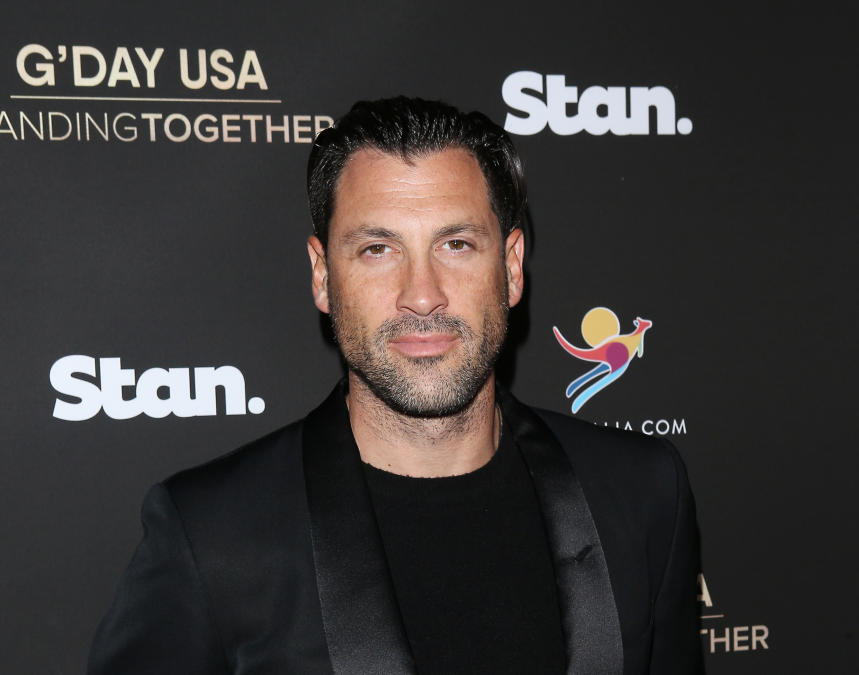 
Maksim Chmerkovskiy is opening up about his experience in Ukraine as the Russian invasion has escalated.

The Ukrainian-born dancer, who emigrated to the United States in the 1990s, posted an emotional, lengthy Instagram video to his page on Sunday morning explaining what he’s going through as war has broken out.

“WAR. I’m tired. I’m stressed. I needed to rant. Thank you and please make some noise about this so the whole world starts screaming,” the Dancing With the Stars performer captioned the post, along with the hashtag #ProudUkrainianAmerican.” Wearing a black hoodie and wiping tears from his eyes, Chmerkovskiy elaborated on the stressful situation, emphasizing that while he is “very safe,” it is still an overwhelming situation.

“I just want to speak out to the world a little bit. I’m in a very safe place, but this is nuts, and I think everybody is going through a lot of emotions, and I think it’s time to expose mine a little bit in a more personal manner,” he said, assuring followers that. while he is protected from danger, he’s also “in the eye of the storm.”

“This is a war. It’s a crazy situation,” he added, clarifying that his post “is not a cry for help” despite feeling like he is losing control. “This is not about me. I just want everyone to do something.”

“What Ukrainians are doing makes me so proud,” he shared, asking followers to “please just make your voice be heard … Keep spreading the word, keep talking about this.” He asked followers to direct their attention to humanitarian services, including the work done by his friend Bethenny Frankel‘s BStrong organization, which is bringing $10 million worth of aid to those affected in the invasion. He also asked people to pick up Ukrainians from the border and bring them to safety.

“This is going to escalate to human suffering on a crazy, historic level, or it’s going to stop right now,” the star continued. He concluded by saying that he “just wants to go home at this point.”

On Friday, Chmerkovskiy posted another update from Ukraine, referring to the situation as “pretty dire,” Yahoo Entertainment previously reported.

“I’m safe,” he shared on Friday on Instagram in a video post. “We haven’t been told to move, and I’m just following instructions. That’s all I can say. But the reality is that I’m also talking to my friends that are here, the Ukrainians, and the situation is pretty dire.”

He explained that the Ukrainian people are “being mobilized. The whole country has been called to go to war. Men, women, boys — people that I was judging some days ago in dance competitions” are now “getting guns and getting deployed to defend the country.”

While he has a U.S. passport and can return to the U.S., where he lives with his pro dancer wife Peta Murgatroyd and their 5-year-old son, Chmerkovskiy clarified in a second post that he isn’t “currently trying to leave” Ukraine, where he has been working on the reality competition series World of Dance Ukraine.

Back in America, his brother, Val Chmerkovskiy, has taken to the streets of Hollywood to demonstrate his solidarity with Ukraine. On Feb. 24, the Dancing with the Stars winner shared photos from a protest in which he and dozens of others marched with signs calling for an end of the Russian invasion of the country, Yahoo Entertainment previously reported.

Chmerkovskiy previously penned a note on Instagram about his brother getting caught in the conflict, writing, “My parents fled this country for this exact reason. Not because it wasn’t good to them, but because they would see war eventually. It’s a cruel irony that 28 years later my brother is in a bomb shelter in Kyiv.”