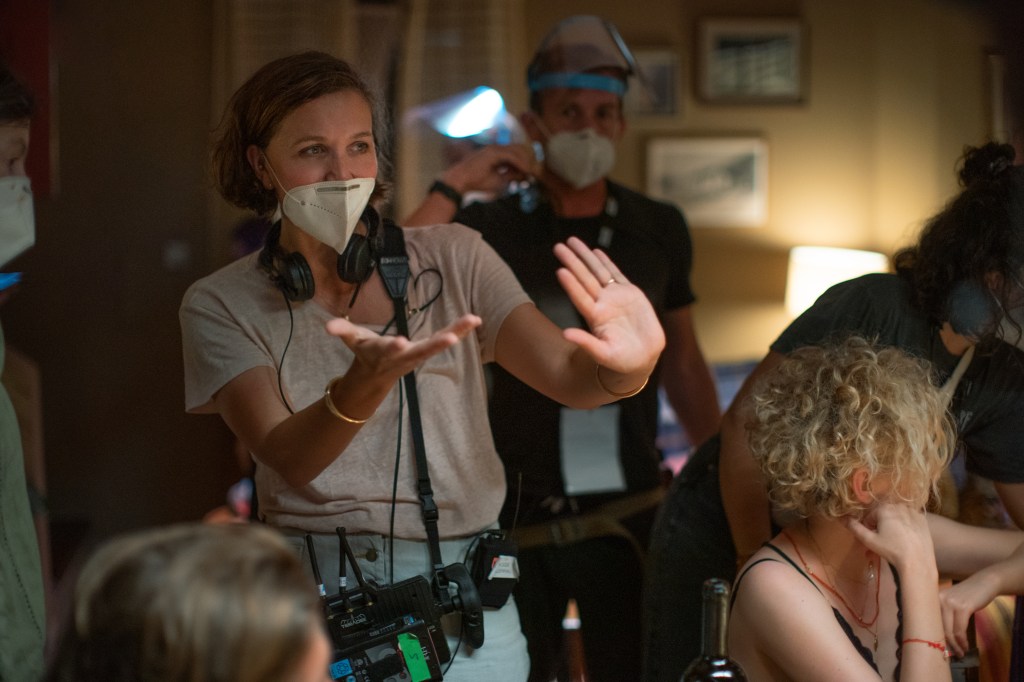 
When Maggie Gyllenhaal picked up the phone to talk her about her Oscar nomination for best adapted screenplay for the writer/director’s debut film, The Lost Daughter. She wasn’t going to celebrated at first, but soon gave in.

“I drank a lot of champagne already today!”

The film came together because the producing partners Talia Kleinhendler and Osnat Handelsman-Keren (also producers with Gyllenhaal on The Kindergarten Teacher), the idea arose that Gyllenhaal herself should direct a project. Securing the rights to Elena Ferrante’s novel, The Lost Daughter. The film stars Olivia Coleman and Jessie Buckley, both who have been nominated in the best and best supporting actress categories this year.

As a 2022 nominee, she seemed more excited for her film’s stars.

“I turned it on to watch the very first name that was announced was Jesse Buckley. I think she’s just an extraordinary actress and I think she’s wonderful in the movie. And that was not at all a done deal, you know, I don’t know. I don’t think anyone really expected that that was gonna happen.”

Watching The Lost Daughter you can tell there is a lot of honesty in Gyllenhaal’s writing and direction. This is a film about a woman’s particular experience in the world, and is something that can only be told correctly from a particular lens, which is why she felt this story was ripe for adaptation.

“Since there aren’t nearly enough women directing, then aspects of our experience aren’t going to be expressed. I mean, there are men who observe us very well but there are also going to be blindspots, so these personal experiences  won’t be expressed until women are the people making the movies.”

Her nomination for best adapted screenplay is proof there is a conscious effort to make space for different diverse perspectives, that the expression of these perspectives will be seen as something new and will be compelling in how different and new they are. When Gyllenhaal talks about her vision for future Hollywood, she hopes there will be room for new stories helmed by an inclusive group of people.

We’ve gotten used to a certain kind of storytelling, a certain kind of language, a certain kind of hero and heroine that look and behave a certain way,” she said. “I think when space is made for different perspectives, all of those things will change including the language and will see films that look really different perspective, that they’re valuable, right. That people are compelled by that, that people want something new. We’ll realize that the language that movies were being told in is not the only language. I’m really particularly interested to see what all those new languages look like.”