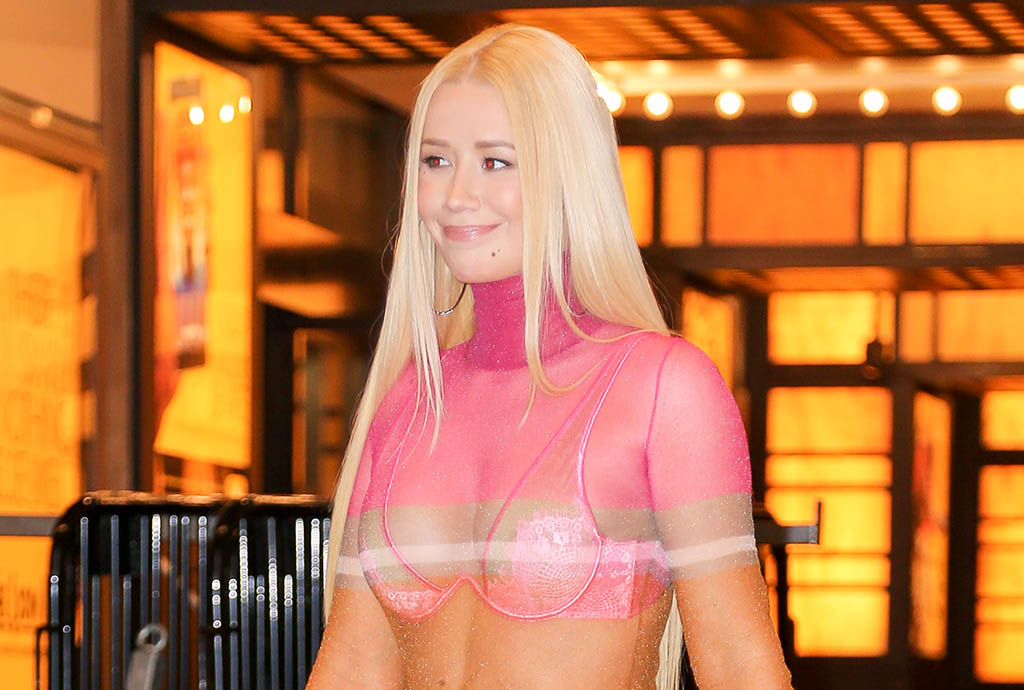 
Iggy Azalea is a master at stunning on the stage and the red carpet. The Australian rapper-singer is known for her bold style, wearing anything from a pair of sexy, strappy heels to edgy booties. She’s been known to also embrace a cool sneaker for stylish streetwear outfits.

When it comes to style, Azalea tends to lean towards looks that have a very specific aesthetic, be it an outfit with a pop art twist or an outfit that heavily reference pop culture themes. Since 2015, when Azalea collaborated with Steve Madden on a shoe collection, the artist has been known for her bold shoe game and fashion sense.

Here, a look at some of Azalea’s fashion statements through the years.

Azalea demonstrated the ultimate example of looking simple yet effective at Lisa Vanderpump’s World Dog Day event in West Hollywood, Calif., on Aug. 7, 2021. She arrived in a bold, bright orange dress that was heightened by an asymmetrical one-shoulder cut. The dress was paired with ladylike pink strappy heel with 3D floral detail. While the shoes are definitely less “loud” than some of Azalea’s past choices, they’re certainly no less sexy or stylish.

Azalea posed on the streets of New York on July 25, 2019 in a feminine look. While Azalea typically veers toward a darker color and edgier pieces, this outfit is a prime example of the artist’s feminine tastes. The rapper paired this cream mini dress, which featured touches of paisley and a sweetheart neckline, with sky-high metallic silver platform heels.

While leaving TRL studios in New York on Feb. 14, 2018, Azalea gave sportswear a seductive twist. The hitmaker had on a pair of light-orange silky drawstring joggers with an edgy sheer pink and orange lingerie-inspired top. Her suede, nude heels helped pull the whole outfit together.

Azalea left Build Studios on Aug. 21, 2018 in eye-catching prints, including bold pink-checkered matching set with a pair of simple, but stylish pink heels. In comparison to her other looks, the outfit was less body-conscious.

Azalea made a bold style statement when she arrived at the 2018 MTV Video Music Awards in New York wearing a tight, black leather bodice with a black, pink and white graphic A-line skirt. Adding to the striking effect was a pair of studded, black leather thigh-high boots.

As Azalea was leaving Radio 1 studios in London on July 8, 2013, Azalea was had on a black and white long-sleeved jumpsuit and a brightly-patterned headband. The musician pulled the look together with a pair of black platform heeled booties.

Azalea’s style has certainly undergone quite a few changes over the years, but the one thing that hasn’t changed is her love of bright colors and bold prints. Such was the case when she attended the House of Holland fall collection runway show on Feb. 26, 2013. She wore a pair of neon orange pointy pumps that revealed her foot tattoo, black and white patterned joggers and a purple sweater.

See how high heels have evolved through the decades.