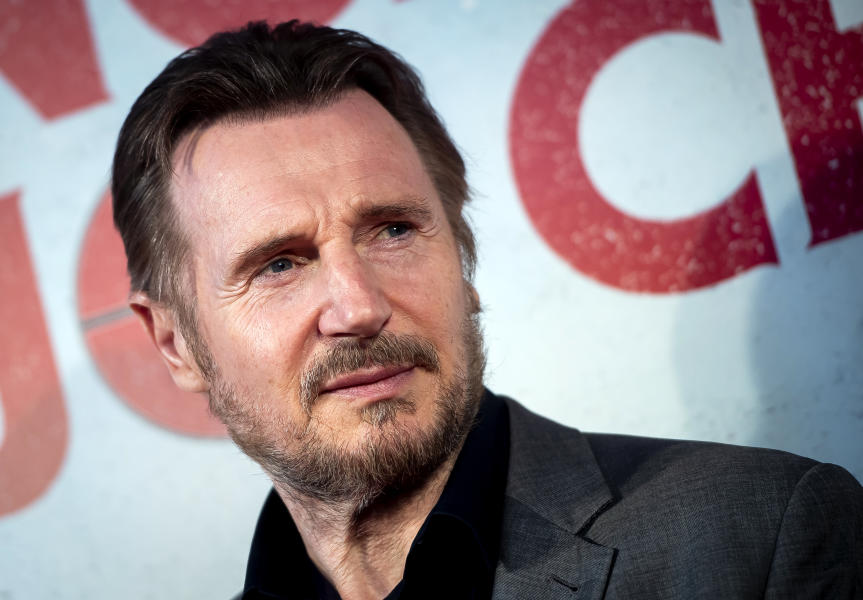 
Liam Neeson is just a few months shy of his 70th birthday on June 7, but his action movie career shows little sign of slowing down. As his latest film, Blacklight, nears its Feb. 11 release date, the Northern Irish star reflected on the niche he’s embraced relatively late in life.

“I started being offered all these action scripts,” he laughed in a new interview with Willie Geist for Sunday TODAY, miming flipping through some pages. “And I’m going, “Wow. The lead is 29 years of age.'”

“I turn 70 this year, so I’m still getting away with it, ” Neeson noted, though he anticipates eventually hanging up his action hero title.

Though his dramatic performances in films like Schindler’s List, Michael Collins and Kinsey have earned him one Oscar nomination and critical acclaim, it’s 2008’s Taken which secured the then-50-something actor’s action hero status. Neeson credits his childhood passion for boxing for helping him express himself through fight scenes — “I just love that physicality,” he told Geist — though he admitted he almost sabotaged his now-iconic “I will look for you, I will find you and I will kill you” speech threatening a baddie involved in the kidnapping of his character’s teen daughter.

“When we shot the scene … I thought, ‘This is hokey. This is just hokey. Can we cut some of these skills out of the speech?'” he confessed.