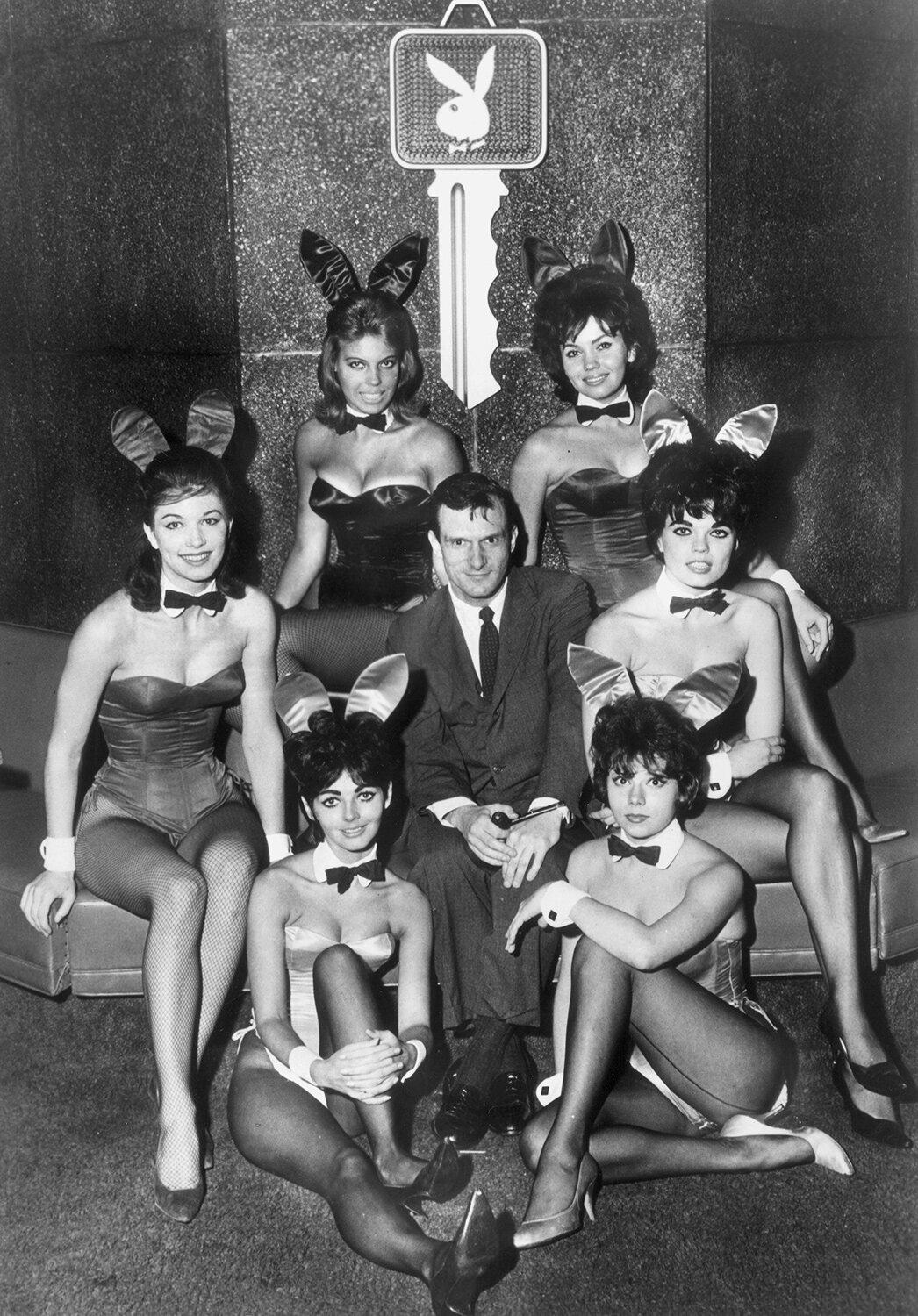 
Hundreds of people formerly associated with Playboy are coming to the defense of Hugh Hefner.

On Tuesday, PEOPLE obtained an open letter signed by hundreds of former Playboy Bunnies, Playmates, ex-girlfriends and employees denouncing A&E’s Secrets of Playboy series and the recent allegations made against Hefner, who died in 2017 at the age of 91.

The open letter comes in the wake of the 10-part docuseries, which examines the “dark sides” and “hidden realities” behind Hefner’s empire which was meticulously crafted over decades across his magazine, an international network of Playboy Club lounges, a still-thriving merchandise arm and more.

“We sign our names to support Hugh M. Hefner. From all we know of Hef, he was a person of upstanding character, exceptional kindness, and dedication to free thought,” the letter states. “He demonstrated a commitment to living an honest life beyond everything else. Our time within Hugh Hefner’s Playboy and the organization’s subsidiaries remains a period all of us are fond of. I proudly sign this letter in recognition of Hugh Hefner’s character amid unfounded allegations in the A&E show.”

When first reached for comment, a spokesperson for A&E said the network had not yet received the letter. Following the publication of the letter, a network spokesperson said in a statement: “The stories shared in Secrets of Playboy are the personal experiences of the documentary’s participants and deserve to be told despite how difficult they may be for some to hear. Signatures on a letter, or a different experience with Mr. Hefner or the Playboy culture, do not negate the experiences of those who have come forward to share their truth on the series and we look forward to continuing to bring these stories to light.”

Several of the women who signed the letter also issued personal statements about the claims in the docuseries, including Kimberly Hefner, Renee “Sloan” Baio, Barbara Hedden and Joy Jamieson.

“All people should be encouraged to share their individual experience in this world, but no one should be emboldened to re-write the truth at the expense of another person’s character,” writes Kimberly, who was married to Hefner for 21 years from 1989-2010.

“What the allegers who speak out now seem to ignore is that there were many of us throughout the years who were there with them as well. I’m saddened, mostly, that these accounts take light away from true victims of sexual abuse, and hope that in time those selling lies to defame Hef find peace within their own lives,” Kimberly adds.

Baio — who was one of Hugh’s girlfriends after his separation from Kimberly in 1998, and lived at the Playboy Mansion with Holly Madison from 2001-03 — also defended the late Playboy founder.

“I was there as Holly had just moved in right before me. I was there when she was moving her belongings into Hef’s bedroom. Holly craved and eagerly longed to be the #1 girlfriend,” Baio claims of Madison, who alleged in the series that Hefner mistreated her while they dated from 2001 to 2008.

Baio previously wrote about Madison in a Facebook post. “You chose to stay there. You chose to pose nude. You chose to do a reality show. You also chose to write a book. I never wrote a book to line my pockets with money. I moved on without condemning Hef, the staff, his friends or any of the other girls that lived there while I was there,” Baio wrote. “If you’re so hurt, give back the $1,000 of cash Hef gave you every week for seven years while you lived there. Along with your healthcare, car(s), car insurance, golf cart, weekly hair salon visits, weekly clothing allowance, weekly make up artists, and all the cash on your plastic surgery, room and board with butler service, maid service and high-end dogs. Holly, give it all back (to his kids) or shut the f— up!”

A rep for Madison did not immediately respond to PEOPLE’s request for comment.

Along with signing the letter, Hedden, a Bunny at the Playboy Clubs from 1972-74 and a mansion regular throughout the ’70s and ’80s, writes: “I met Hef several times and hung out at the Playboy Mansion in Los Angeles. All who were in his inner circle knew Hef had no expectations of anyone.”

Adds Jamieson, a former employee of Playboy Enterprises from 1969 to 1975: “Hef was always the kindest man and treated every Bunny with complete respect. He instilled confidence and gave each guest and us the star treatment. I love him. He changed lives for the better! I will forever be grateful to him.”

Lastly, Patsy Quinn Bowen, who worked at the Atlantic Playboy Club from 1967-73, writes: “I loved working there. It afforded me a lifestyle I would never have had working as a legal secretary. Remember this is 1967! I met so many good people and have remained friends with some of them throughout the years.”

The open letter isn’t the first time that Hefner’s friends and those from his past have come to his defense. His son, Cooper Hefner, previously spoke out in support of his late father ahead of the docuseries’ premiere.

Posting a message on Twitter on Jan. 23, Cooper wrote, “Some may not approve of the life my Dad chose, but my father was not a liar. However unconventional, he was sincere in his approach and lived honestly. He was generous in nature and cared deeply for people. These salacious stories are a case study of regret becoming revenge.”

The current leadership of Playboy also issued a statement before the Secrets of Playboy‘s premiere, denouncing the late founder’s alleged “abhorrent actions” and detailed a commitment to “positive change” under new leadership.

“First and foremost, we want to say: we trust and validate women and their stories, and we strongly support the individuals who have come forward to share their experiences,” the statement read. “As a brand with sex positivity at its core, we believe safety, security and accountability are paramount, and anything less is inexcusable.”

The statement also noted, “Today’s Playboy is not Hugh Hefner’s Playboy,” with the PLBY Group leadership team reassuring staff that the Hefner family is no longer associated with Playboy, which is now made up of more than 80 percent female employees.”

Secrets of Playboy premiered on A&E on Jan. 24. Former employees, Bunnies from the Playboy Clubs’ prime and Hugh’s ex-girlfriends are among the people featured in the docuseries, which examines shocking claims made about Hefner and the Playboy enterprise.

At the end of each episode, a statement reads: “This series contains allegations of wrongdoing over decades by Hugh Hefner and others associated with him. The vast majority of allegations have not been the subject of criminal investigations or charges, and they do not constitute proof of guilt.”

If you or someone you know has been sexually assaulted, please contact the National Sexual Assault Hotline at 1-800-656-HOPE (4673) or go to rainn.org.