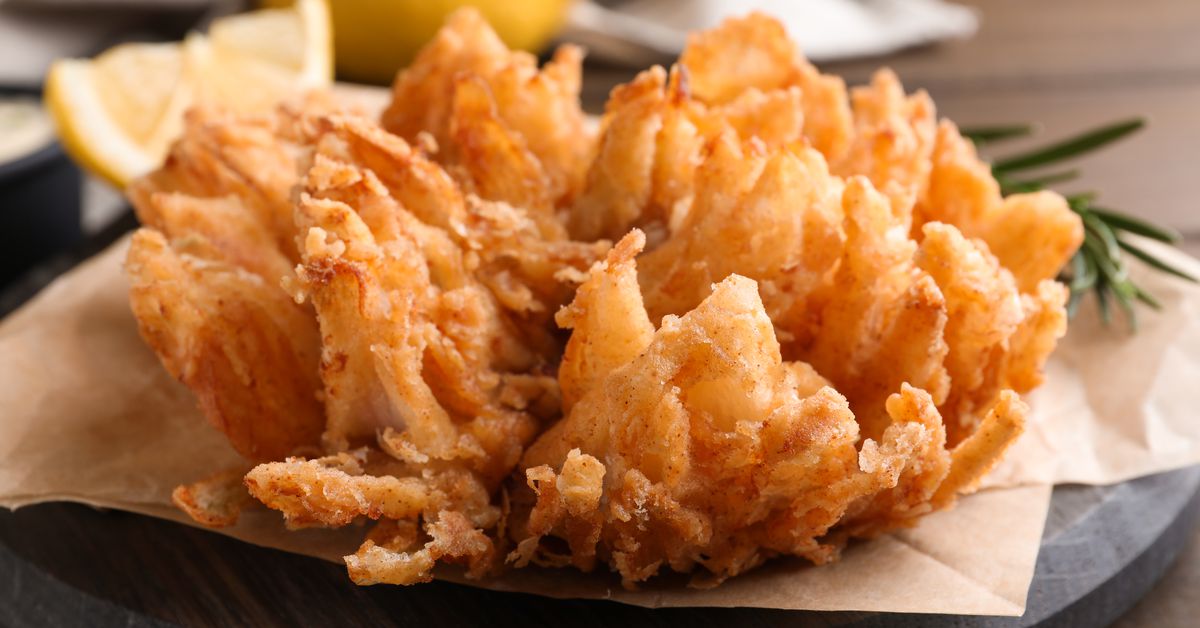 
Like making your own French fries (or sandwich bread), making a blooming onion at home is one of those things that, for most people, is prooobably more effort than it’s worth, especially when Old Reliable, the blooming onion from Outback, generally runs about $9 to $11. But maybe you’re not most people; you’re undeterred by a vat of hot oil and satisfied by the prospect of doing things your damn self.

For you, we asked a few restaurant chefs who’ve put onion blossoms on their menus for their best tips for making one at home. There are a lot of blooming onion recipes on the internet so the specifics of your process may vary, but these general practices should get you the best results possible.

The first step to blooming an onion is cutting it. You’re in luck! Several devices exist for this purpose. Generally, these provide a corer and a guide for cutting the onion into equal segments. If you’re not into single-purpose kitchen gadgets, you can carefully give it a go without one. “Work in a geometric fashion,” says Brent Young, co-host of Eater video series Prime Time and owner of Brooklyn’s Cozy Royale, which recently put a flowering onion on its menu. Make a cut downward on the part of the onion that’s closest to you, then turn the onion so your next cut can be directly opposing it, he explains. Work your way around until you have even cuts around the whole thing.

After cutting your onion, you’ll want to separate and fan out all the petals before dipping the onion into a liquid like buttermilk, recommends Tom Cunanan, owner of DC’s Pogiboy. His flowering onion, which is called the “Blooming sam-Pogi-ta” as a reference to the national flower of the Philippines, is a big hit with Pogiboy’s clientele. After shaking off the excess liquid, toss the onion into your seasoned dredge mixture. Then, “make sure you’re massaging every petal with flour and shaking off the excess,” Cunanan says.

After you remove the onion from the oil, you can go a step further with your flavorings and toppings. Young goes for sour cream, chipotle mayo, and caviar, while Cunanan opts for Mama Sita’s sinigang mix, a powdered base for Filipino tamarind soup, and a side of crab fat mayo. Go off-script and use seasonings and sauces to put your own spin on the format. When you make your own blooming onion, the only limit is your imagination.