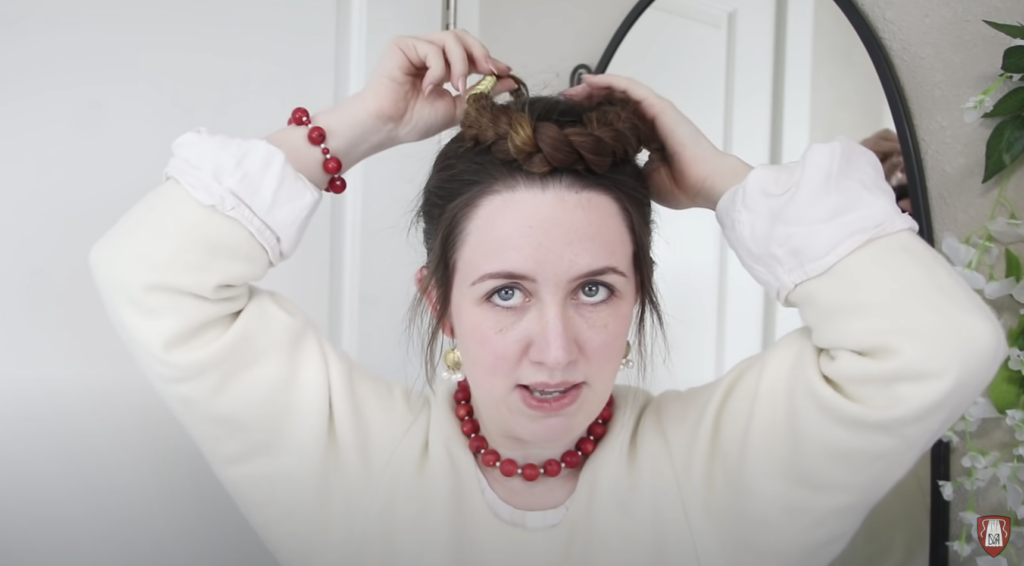 
There was a period in the late 20th-century when having hair long enough to sit on was considered something of an accomplishment.

Judging by the long hair pins unearthed from Austria’s Hallstatt burial site, extreme length was an early Iron Age hair goal, too, possibly because a coronet of thick braids made it easier to balance a basket on your head or keep your veil securely fastened. 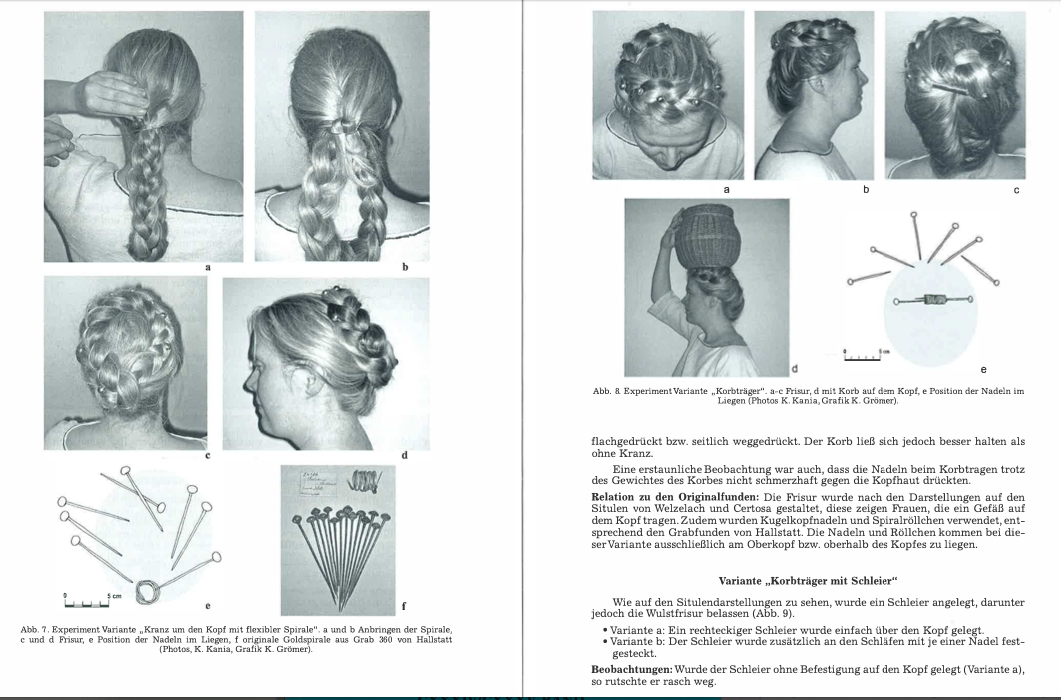 Gromer, the vice-head of the Vienna Natural History Museum‘s Department of Prehistory, published precise diagrams showing the position of the hair ornaments in relation to the occupants of various graves.

For example, the skeleton in grave 45, below, was discovered with “10 bronze needles to the left of and below the skull, (and) parts of a bronze spiral roll in the neck area.” 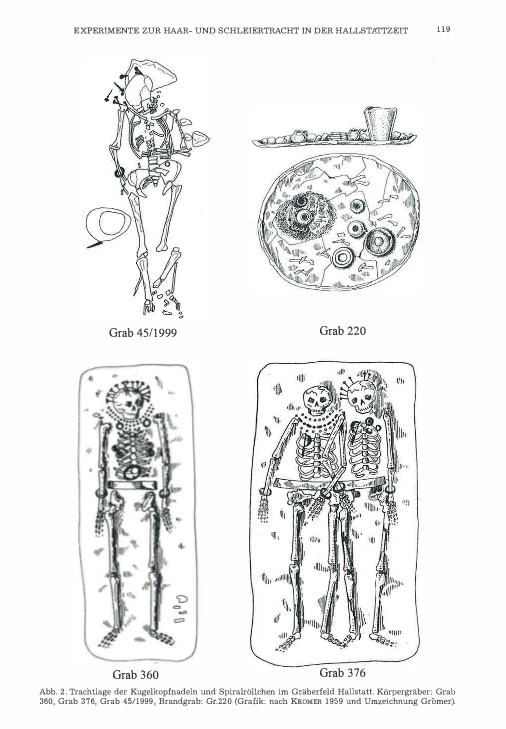 Although no hair fibers survive, researchers cross-referencing the pins’ position against figural representations from period artifacts, have made a pretty educated guess as to the sort of hair do this individual may have sported in life, or more accurately, given the context, death.

As to the “bronze spiral roll” – which Donner persists in referring to as a spiral “doobly doo” – it functioned much like a modern day elastic band, preventing the braid from unravelling.

Donner twists hers from wire, after arranging to have replica hairpins custom made to historically accurate dimensions. (The manufacturer, perhaps misunderstanding her interest in history, coated them with an antiquing agent that had to be removed with “brass cleaner and a bit of rubbing.”

Most of the styles are variants on a bun. All withstand the “shake test” and would look right at home in a bridal magazine.

Star Wars fans will be gratified to find not one, but two iconic Princess Leia looks. 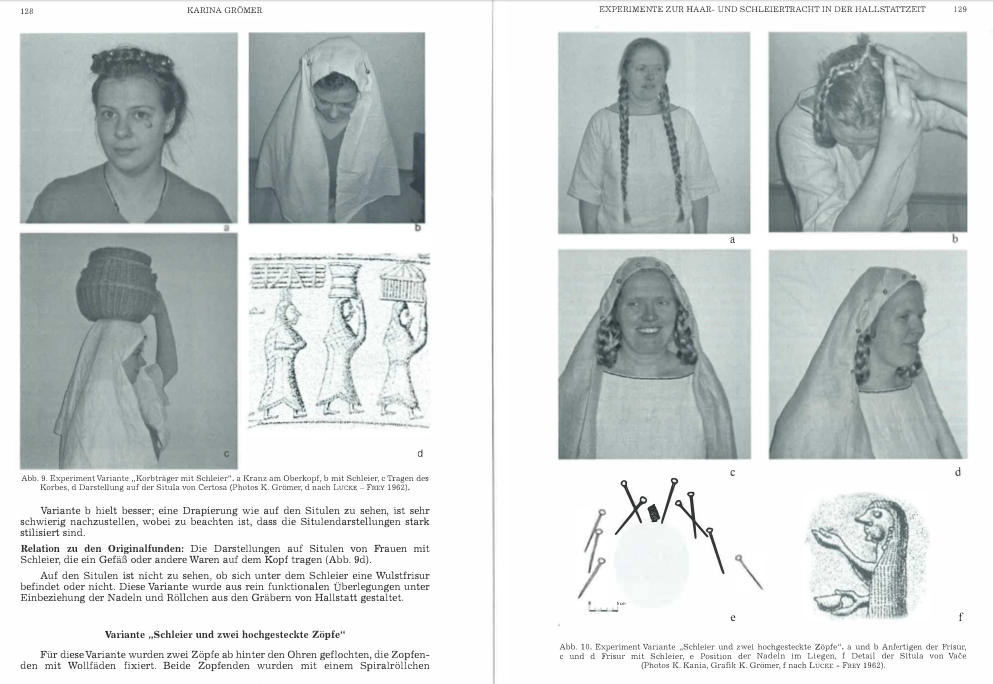 Our favorites were the braided loops and double buns meant to be sported beneath a veil.

“The braids do kind of act nicely as an anchor point for the veil to sit on,” Donner reports, “Not a lot of modern application per se for this particular style but it’s cute. It’s fun.”

Either would give you some serious Medieval Festival street cred, even if you have to resort to extensions.

Donner’s video gets a lot of love in the comments from a number of archaeology professionals, including a funerary archaeologist who praises the way she deals with the “inherent issues of preservation bias.”

The final nine minutes contain a DIY tutorial for those who’d like to make their own hairpins, as well as the spiral “doobly doo”.

If you’re of a less crafty bent, a jewelry designer in Finland is selling replicas based on the grave finds of Hallstatt culture on Etsy.

Watch a playlist of Donner’s historical hair experiments and tutorials, though a peek at her Instagram reveals that she got a buzzcut last fall, currently grown out to pixie-ish length. 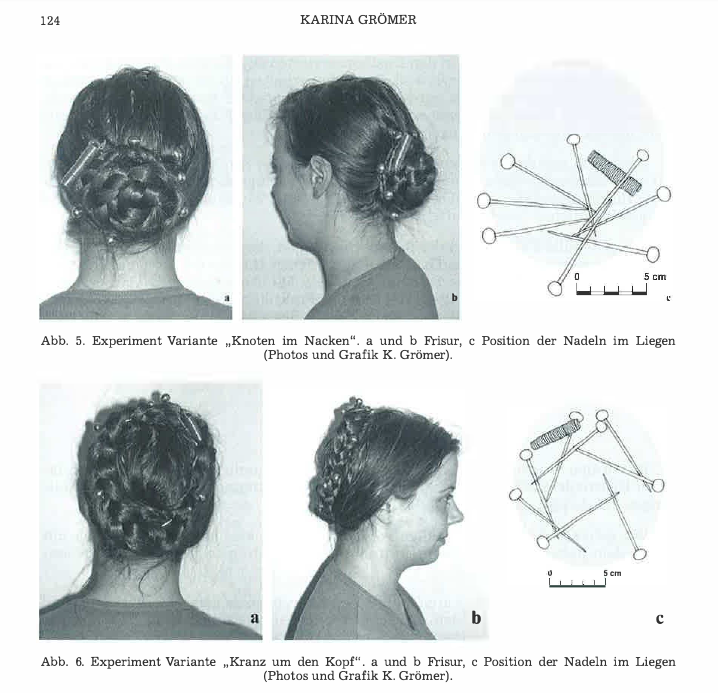 – Ayun Halliday is the Chief Primatologist of the East Village Inky zine and author, most recently, of Creative, Not Famous: The Small Potato Manifesto.  Follow her @AyunHalliday.