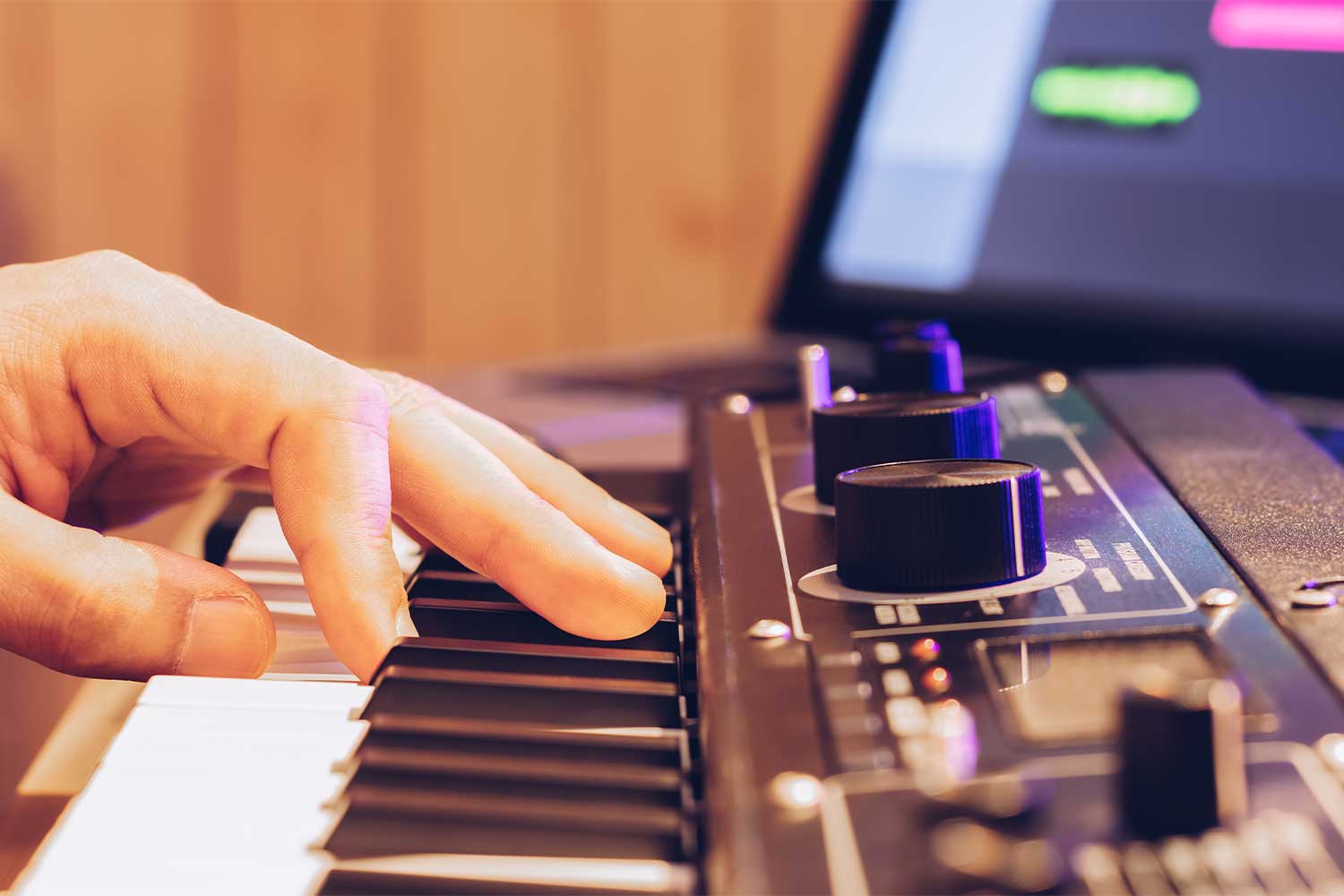 
If you’re new to making music, finishing your first song might not seem like a big deal but it actually is. It’s not easy to step away from what’s familiar to you to create something new, and this is the case whether you want to write music for fun or are interested in pursuing it seriously. Today we’re sharing some helpful tips for finishing your first song.

It’s great to have goals and expectations if you’re planning on seriously pursuing music. But if this is your first try at writing a song, expectations can be paralyzing, especially when it comes to bringing a loose idea over the finish line and turning it into a finished song. Set expectations aside for now and revisit them later after you’ve completed a couple of songs. It’s great to want to write amazing music that audiences love listening to, but that just might not happen with your very first song. Your focus should be coming up with an idea, shaping it, and recording a demo of it when it’s completed. After you’ve got a couple of completed songs under your belt you can start to throw goals and expectations into the mix.

Every song starts with a loose, undefined idea whether it’s a song lyric, progression of chords, or melody. Your job as a songwriter is to take your idea and turn it into something people would listen to and recognize as a song. All songs are different, but most have recognizable sections like verses, choruses, and bridges. Your song can sound like anything you want it to, but it’s best to start simple with your first go-around. That 18-minute experimental track you’ve been wanting to make sounds cool, but you’ll have a much better chance of succeeding with a short verse-chorus-verse-chorus format. It’s also best to take the simple approach for things like instrumentation, production, chord selections, and playing difficulty. Your main goal should be finishing a completed piece of music, and you’ll have plenty of time to explore more challenging material later. Keep things as straightforward and stripped down as possible. This could look like you rapping over a simple beat or singing along with a guitar or piano.

How does a simple musical idea grow into a completed song? The path looks different not only for every song, but also for every songwriter. Strategies like looping sections of music over and over again and experimenting works wonders for some songwriters. Testing out different combinations of chords within a set major or minor key is also a good way to go. Remember, all you really need for a basic song format is two contrasting sections such as a verse and chorus. Many incredible songs feature just two repeating chords, so don’t assume that sticking to simplicity is a bad thing.

Once you have at least two different musical sections to work with, you’ll need at least two contrasting vocal melodies to go along with them. Verses are typically more complex than choruses, but for your first song just aim for creating two clearly different melodies. Since you’re new to this and have never written a vocal melody before, a good starting strategy is to loop sections over and over again and hum or sing over them until a discernible idea emerges. Assuming you don’t have lyrics yet, it’s perfectly fine to sing gibberish over the sections, and this is a solid strategy for generating lyrical ideas as well.

Record everything and go easy on yourself

It’s very important to record a demo of your first song so that you have a finished version of it to listen back to. You’ll need to have a handheld recording device out and ready during the writing process to help you capture new ideas and listen to old ones. When you’re satisfied with a completed version of your song, perform it and record it.

There are a few important things to remember when you listen back to your song. First and most important, go easy on yourself. You might absolutely love your idea, or you may hate it. Either way, you’ve accomplished something huge that most people don’t get to ever experience, which is creating a new piece of music. Your first song might be nothing more than songwriting practice, or it could be a track you want to develop further. Your demo represents a finished song, but the choice is yours as to whether you want to keep developing it into something you’ll eventually promote and share with the world.

Patrick McGuire is a writer, musician, and human man. He lives nowhere in particular, creates music under the name Straight White Teeth, and has a great affinity for dogs and putting his hands in his pockets.