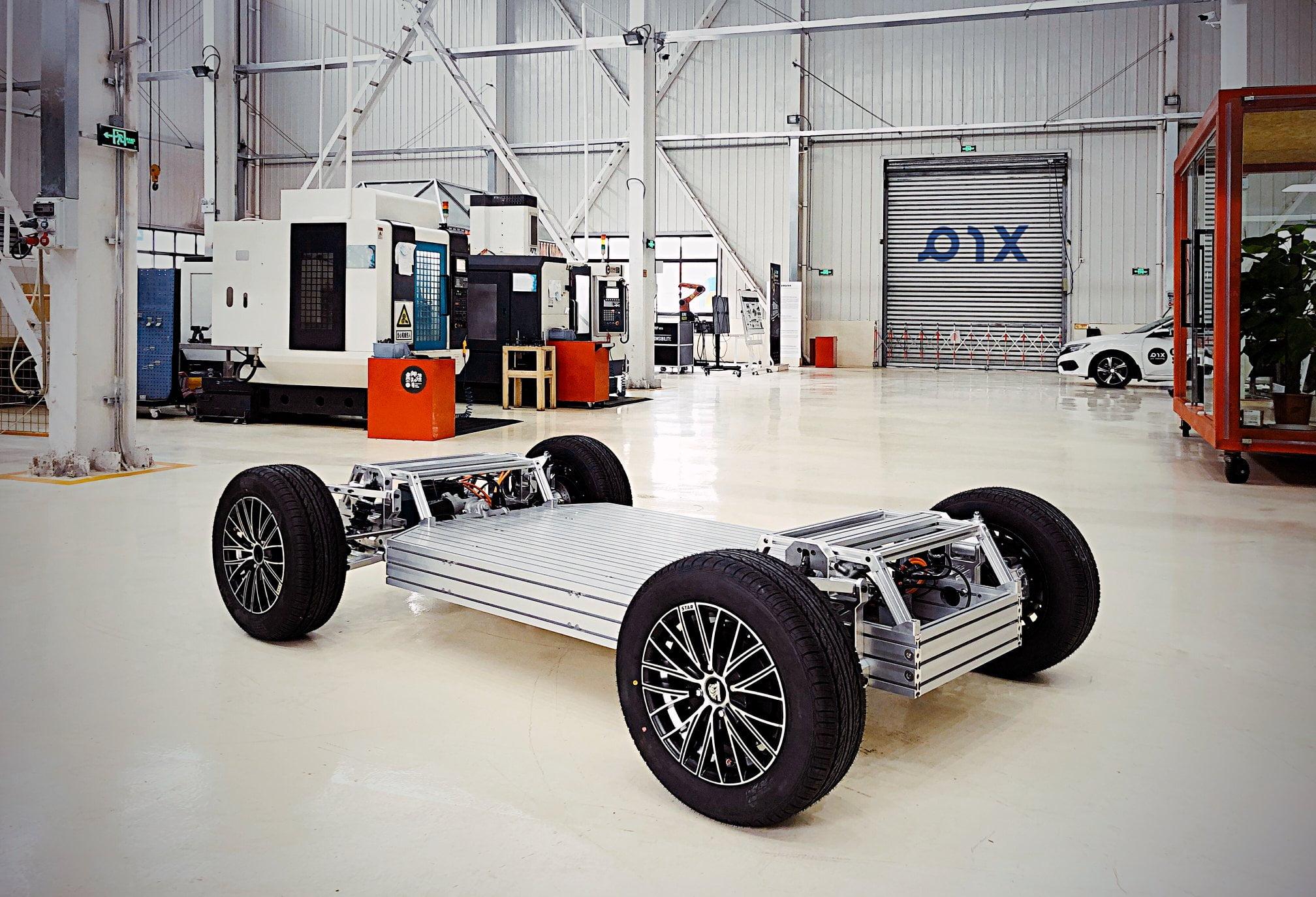 
PIX Moving is an innovative technology startup rethinking cities of the future. What if cities had the ability to grow and adapt along with economic and technological change? With the autonomous driving spaces designed by PIX Moving, they will.

PIX moving is well on the way to designing the cities of tomorrow around the concept of autonomous mobility. Utilizing emerging autonomous driving, robotics, generative design, and metal 3D printing, PIX has already developed and manufactured the smart vehicles that will populate these cities with mobile retail shops, real estate, restaurants, and other industries.

This pioneering concept facilitates sustainable development of cities in which autonomous moving spaces will be a core part of city infrastructure. PIX’s proprietary ultra-skateboard chassis platform allows for the flexible and affordable customization of a limitless variety of smart spaces. To date, PIX has developed 28 smart vehicles and delivered vehicle units to more than ten countries around the globe.

“When spaces are empowered with autonomous mobility, they become alive,” says Angelo Yu — PIX Moving Founder and CEO. Today’s cities are fixed in place, resulting in infrastructures that grow unaffordable and inaccessible over time. Limited space resources, unaffordable housing, and traffic jams are accepted as the price people pay to live in a large city. PIX Moving hopes to change all of that in the near future.

The ultra-skateboard chassis’ versatile platform can be outfitted with any retail or living space imaginable. Mobile retail stores, moving restaurants, and on-demand sleeping pods are all a part of the cities envisioned by PIX. In conventional cities, people move to fit the spaces. PIX is designing a human-centric place to live where mobile spaces conform to people’s needs.

Imagine a city in which real estate was mobile, configurable, and on-demand. Yu is the revolutionary architect behind the concept of mobile cities. He believes the more fixed buildings a city incorporates, the more problems the city will encounter.

In Yu’s opinion, Henry Ford has had more impact on the development of cities than any famous architect of the last century. Today, 55% of the world’s population lives in cities, and those cities are shaped by cars. In the next 30 years, more than 70% of the population will live in cities, and this growth will only exacerbate the challenges cities face today.

PIX has transformed the concept of a city by reexamining the relationship between people and space. After all, human and spatial interaction is the essence of every city. When people move in order to go to school, eat, and work, they interact with the space around them.

City planners today are spending millions to find solutions for urban issues. California cities are exploring AI traffic management and air travel to alleviate gridlock. Neither of these solutions addresses the root of the problem.

Instead of tinkering on the existing concept of a city, PIX is turning that model on its ear by uniting urban science, robotics, and artificial intelligence. These mobile cities of the future have the potential to become metabolic and sustainable, creating a new paradigm for the next generation of cities.

PIX has already begun integrating a variety of working, living, and entertaining spaces on its universal autonomous chassis. Their system supports and moves spaces both vertically and horizontally, enabling buildings to be configurable and plug-in. These mobile cities could bring about an entirely novel lifestyle as cities adjust to the new dynamic interaction between people and spaces. Mobile office spaces, robo-shuttles, autonomous logistics cargos, and self-driving hotels will all become freely moving parts of cities.

What does PIX Moving offer today?

Today, PIX Moving is exploring the possibilities of digital manufacturing through generative design and metal 3D printing. This exploration is reshaping the way vehicles are designed and manufactured.

The PIX factory builds autonomous driving vehicles from start to finish. While conventional cars typically have thousands of parts, generative design allows PIX to construct one-piece chassis, reducing the parts from thousands to hundreds and reducing the cost by 60%.

Industrial robots, metal 3D printing, and AI make it possible to produce customized prototypes and small-batch vehicles faster with a shorter lead time. With a digital manufacturing system that can work around the clock, the PIX factory can bring a car from concept to creation in 12 months versus 36 months for traditional automakers.

HackCity will showcase autonomous sleeping lounges, mobile retail spaces, moving karaoke bars, and more. Through HackCity, PIX offers tangible evidence for a future where cities will be on the move.