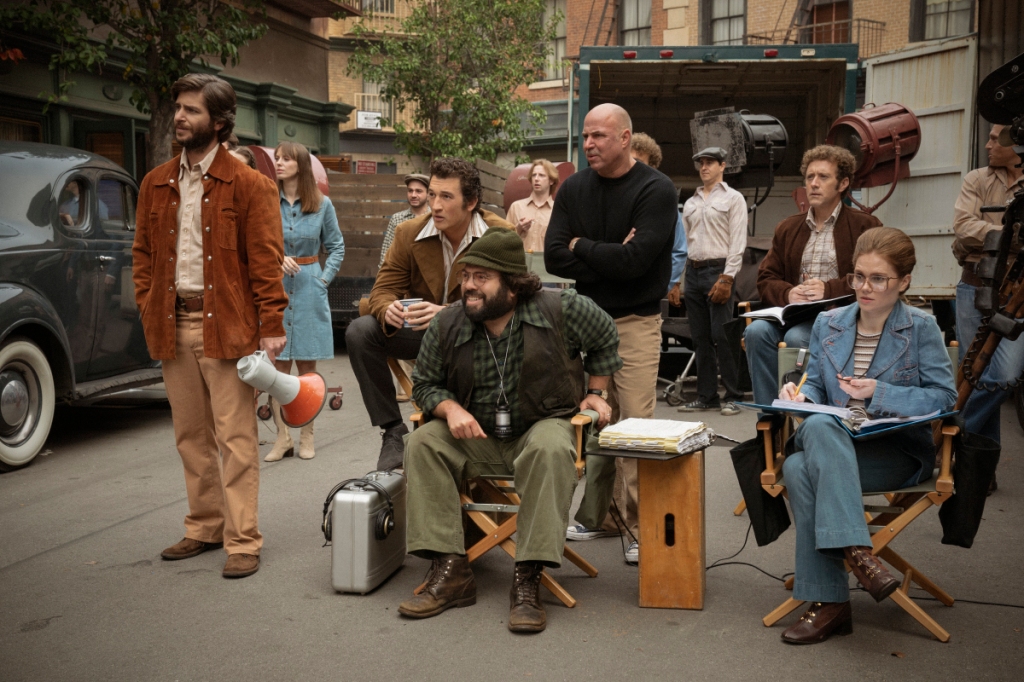 
A fight between Frank Sinatra and Mario Puzo inspired the upcoming Paramount+ miniseries The Offer, about the making of The Godfather film based on Puzo’s best selling novel. The 10-episode project premieres on April 28.

“The only story I knew about the making of The Godfather was that Mario Puzo got into a fight with Frank Sinatra at Chasen’s. So I had 5 minutes of the show written and now I just needed 9 hours and 55 minutes more to fill it in,” Executive producer Michael Tolkin told members of the media during the streamer’s TCA presentation on Tuesday.

And the altercation plays out in the show’s premiere episode.

Puzo (Patrick Gallo), a longtime fan of Sinatra (Frank John Hughes), walks up to Ol’ Blue Eyes at the popular celebrity haunt in Beverly Hills where he shares his admiration and appreciation for the singer.

Sinatra was receptive at first to Puzo until someone at his table reveals the fan’s identity as the writer of The Godfather, a book the legendary crooner says insults Italians.

The discussion ends in a tussle that’s broken up by Al Ruddy, played by Miles Teller in The Offer.

The Offer will not tackle anything from either of The Godfather sequels, according to executive producer Nikki Toscano.

Teller shared his experience playing the real-life producer and his hopes for how his performance is received.

“Al isn’t as well known, at least mannerisms-wise, as some of these other characters in the story, so there’s a little bit more freedom there as far as character likeness, and your interpretation of them and needing to hit certain things. I didn’t really feel that,” Teller said of how he approached playing Ruddy.

He continued, “Whenever you’re playing a real-life person, there’s a great responsibility that comes with that. And I think you do through the internalization and your interpretation of the work, hopefully, you do capture that person’s essence. I think somebody can watch this who knew Al very well think there’s something there that we’re sharing some DNA, something akin to each other. And that’s great because I know it’s a great responsibility when you’re taking on somebody’s life and telling it, especially a life as full as Al’s was.”

Teller had access to Ruddy himself during production and would often text him.

“I had a blast playing him and just being able to retell his story. I would text him and be like, ‘Al, this is so much fun—all these situations that you found yourself in. He was just so much fun. Playing you has kept me on my toes.’”

Watch the first teaser for The Offer above.