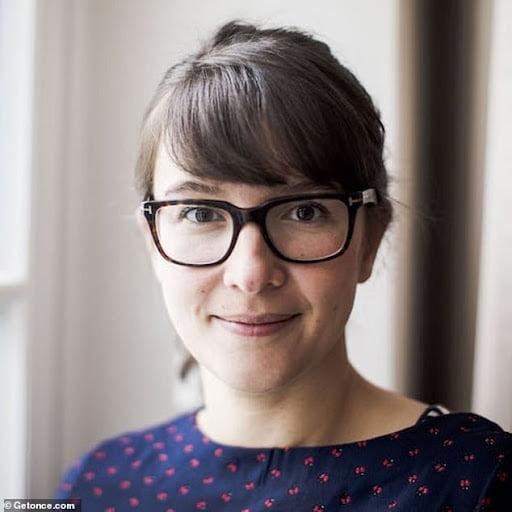 
If you were alive in the ‘90s, there’s a good chance you’ll remember the awkward coupling craze known as speed dating. But for those born after the millennium, speed dating was an extreme matchmaking ritual where eager, eligible singles met in large herds hoping to quickly find a potential mate. Typically, strangers would sit at a table across from each other and then rotate every three minutes or so until they found a match. Think of it as swipe right meets musical chairs.

Thankfully, speed dating is ancient history, and so is swipe right. That’s because today’s selective singles are looking to take things a bit more slowly. And that’s why Clémentine Lalande’s slow dating app Once is taking the global digital dating world by storm. But it has taken a lot of work and perseverance to turn the fledgling startup that was nearly bankrupt into a multimillion-dollar acquisition success story.

“When you are a startup, cash is almost always a scarce commodity,” explained Clémentine Lalande, Founder & CEO of Once and Head of Growth at Dating Group. “We had big ideas and great technology, but by 2019 the company was quasi bankrupted. However, some fundamentals that were in our favor. We had to make some tough decisions, but we eventually became profitable and started to grow exponentially.”

Under Clémentine’s leadership, Once became self-sustaining, amassing the resources needed to make a good dent in the ultra-competitive dating market. Within eighteen months of its turnaround, with over 9 million people using the app, Once was acquired by Dating Group for $18 million. Dating Group is the world’s largest privately held global dating and social discovery company, with annual revenue topping $300 million.

What sets Once apart from other dating apps is that it uses matching algorithms to deliver one match per day to each user — hence the name Once. It’s an innovative alternative to the growing number of swipe right apps that have flooded the market. Instead of cycling through dozens of photos each minute, with Once you get 24 hours of your match’s attention and you can continue chatting if you “like” each other. Once’s algorithms look at the account’s info, dating preferences and previous history to find the best possible match — and it continues to learn your preferences over time.

“When we entered the market, we knew we had something extraordinary,” added Clémentine. “We were coming at from a woman’s point of view, with the understanding that a lot of people now want slower, more meaningful encounters. Relationships aren’t only about sex; they’re about friendship, connections, shared understandings and so much more.”

In addition to being one of the few female CEOs within the dating industry, Clémentine has also had a rather unique career journey. She grew up in France and admitted that she’s always been somewhat of a “nerd.”

“I studied hardcore math and physics, and then engineering,” she said. “And when I started my career, at a prestigious global consulting firm, I was known as the consultant with two laptops — because I always had heavy models running.”

After five years of working in the trenches as a high-stakes consultant, she soon realized she wanted more out of life than just slides or excels. Clémentine actually wanted to build stuff herself. So she went to work in the business development, venture capital and social investment space. In that role, she built seed investment funds in five developing countries, leading local teams to create profitable, impact-focused investment pipelines and portfolios.

“Inevitably, working with so many outstanding entrepreneurs and being on the journey with them made me realize that I, too, wanted to be an entrepreneur,” admits Clémentine. “That’s when I launched my first startup, Pickable, which eventually sold along with Once, my second startup, to Dating Group.”

In the world of tech, Clémentine’s track record of success as a founder is somewhat of a rarity. It’s estimated that roughly 90% of all startups fail. But Clémentine says that shouldn’t discourage anyone from becoming a founder, especially women.

“I believe that anyone can become a successful founder; you just have to tell yourself that you can do it. This is especially true for women. Society has dictated for too long what we should and shouldn’t do. It’s time we shut that out of our minds for good and go for it,” she said.

The good news is that the tech industry is starting to see more female founders and funders. However, there is still a long way to go. As Clémentine sees it, one of the biggest reasons for this is gender-related cognitive bias and its impact on risk appetite. Men still control the VC world, and that world lives and dies on perceived risk and reward.

“It’s not necessarily the fault of our men; it’s the way they are hard-wired from an early age,” explained Clémentine. “We teach our boys to be brave and adventurous, and we teach our girls to be pretty and nice. Even today, this is still very much a reality.”

But as Clémentine notes, there are some simple steps society can take to even the playing field.

“There are zero skills or talent differences between the genders, and anyone who thinks differently is mistaken. That’s why, at an early age, we need to teach boys and girls that we’re all equal. It’s time to rewire our thinking as a society,” she added.

And it’s her passion for creating a more equitable world that has driven Clémentine’s success. As a female founder in a male-dominated industry, she has had to outthink, outmaneuver and outwork the competition. As everyone jumped onto the swipe right bandwagon, Clémentine and her team listened to what the dating community was saying and created a solution that eased their pain points.

For those looking to embark on their own entrepreneurial journey, Clémentine offered the following advice:

“You can, and should, learn every skill possible. Also, build an advisory board of people that don’t have any stake in your business. You need people that aren’t emotionally and financially tied to your business that you can ping pong ideas with. Also, believe in your management style and don’t try to imitate others. And fake it until you make it is a real thing, but you need to know what you are ready to fake.”

Regarding what’s next for Clémentine and Once, she added, “We’ll be bringing the slow dating revolution into some exciting new markets. So stay tuned for more!