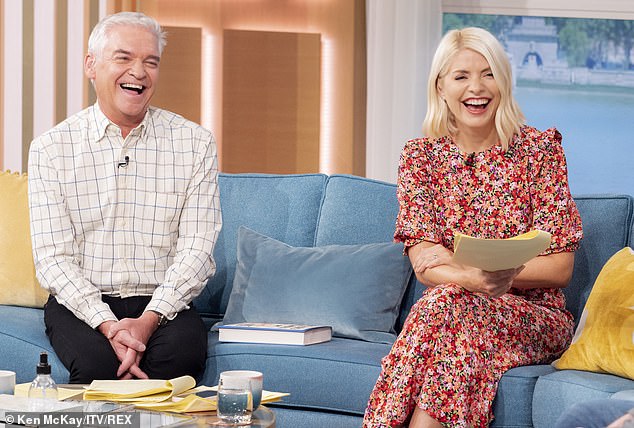 
It’s a Hat-TRIC! Holly Willoughby and Phillip Schofield are filled with glee as they thank viewers after This Morning wins big at the TRICs, NTAs and TV Choice Awards in just TWO weeks

By Callum Wells For Mailonline

They were recently filled with glee as This Morning took home trophies from the National Television Awards, along with the TV Choice Awards.

And Holly Willoughby, 40, and Phillip Schofield, 59, opened Thursday’s episode of the show with a big thank you following their most recent TRIC Award.

The gong, which was voted for by the public, marks the second time in a row that the show has won big at the ceremony based at London‘s The Roundhouse.

It’s a Hat-TRIC! Holly Willoughby and Phillip Schofield were filled with glee as they thanked viewers on Thursday after This Morning won big at the TRICs, NTAs and TV Choice Awards in just two weeks

Holly began, ‘We wanted to start the show by saying a very big thank you!’

Co-host Phillip added, ‘Yes, yesterday we were rewarded with this – 2021 TRIC award for Best Daytime show – voted for by you, so thank you very much indeed. What a week! It’s a hat-trick!’

The Celebrity Juice panelist added, ‘It’s amazing – that’s three awards in two weeks – we are very, very lucky! And it’s been a very long and tough 18 months, but we have got through it together.’ 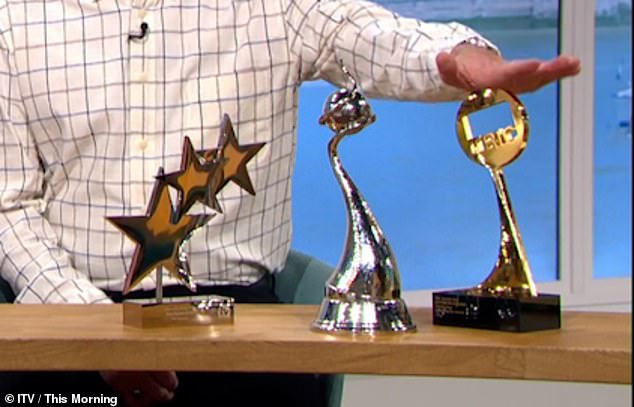 Wow! The gong, which was voted for by the public, marks the second time in a row that the show has won big at the ceremony based at London’s The Roundhouse

Her counterpart went on to say, ‘It’s been confusing at times, it’s been frustrating and lonely for some, but every day we’ve tried to give you a voice and we hope we did just that. And at the same time you have propped us up as well…’

Viewers were then reminded of some of the key moments during those past 18 months with footage on the show. 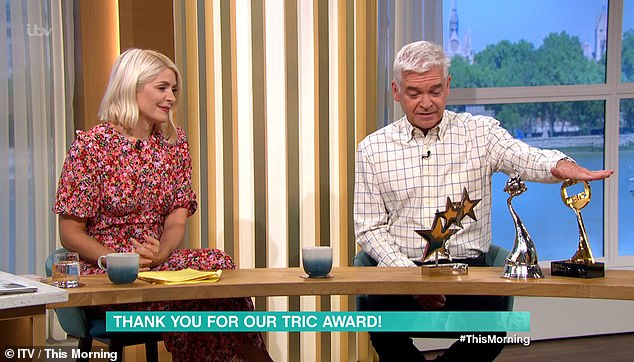 The pair proudly displayed their shiny new gold trophy before revealing they’d also been given a replacement after misplacing their trophy last year.

Last year, the Dancing on Ice hosts revealed that their TRIC Award had been misplaced by their This Morning co-stars, but was eventually tracked down by the show’s loyal viewers. 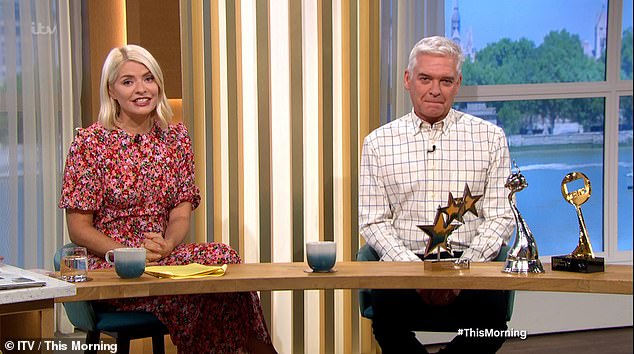 The duo explained that when members of their team got their hands on the prize, it eventually disappeared and had last been spotted in a McDonald’s restaurant.

But luckily Holly later confirmed that she had been reunited with the award, posting a snap with the prize on Instagram.

When co-host Phillip Schofield had asked how it felt to win the award, the Celebrity Juice star enthused: ‘It was amazing, thank you very much! It was a lovely lovely thing to win. I couldn’t be there to accept the award, but it was obviously lovely.’

‘Eamonn [Holmes] gave the award to our editor Martin [Frizell], but he thought someone of our team had it… it is possible the last time it was seen was in McDonalds.

Further into the episode, TV presenter Alice Beer messaged the star with images from the ceremony, where resident doctors Dr Zoe Williams and Dr Ranj Singh were seen holding the award.

The I’m A Celeb star told viewers: ‘It was gold and looks like a giant bottle opener… I’d really like it back please!’ 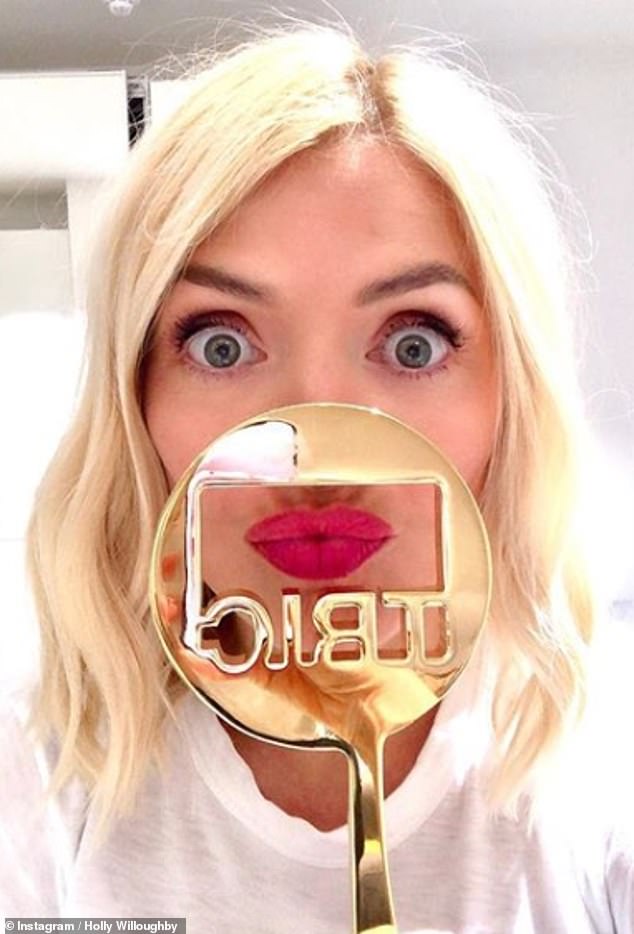 Reunited! Last year Holly and Phil revealed that their TRIC Award had been misplaced by their co-stars in a McDonald’s restaurant, but the star was eventually reunited with her prize