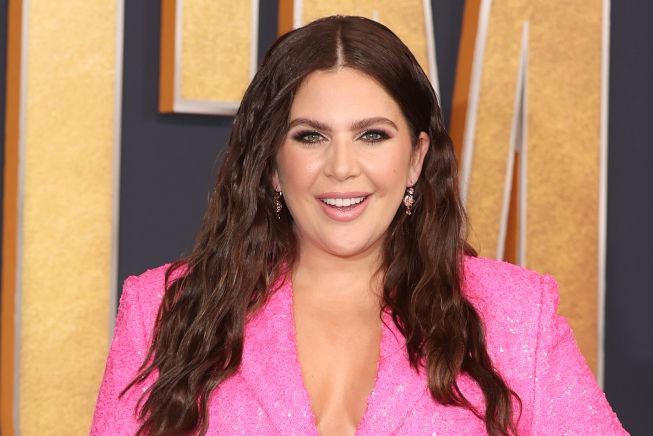 
Hillary Scott made a pretty in pink arrival on Monday at the 2022 ACM Awards in Las Vegas.

The Lady A singer showed up in an all-pink ensemble, gracing the carpet in a smart suit. Scott stood with her hand on her hip, her hair parted in the middle with brown curls cascading down her shoulder. Scott kicked things up a notch with Dolce & Gabbana’s Keira baroque logo sandals that incorporated an interesting heel, each one resembling the brand’s initials. The intricate gold contrasting with the pink tones along the ankle strap, toe strap and insole made it a glamorous statement shoe, and an unexpected one at that.

See more country stars on the red carpet at the ACM Awards 2022.