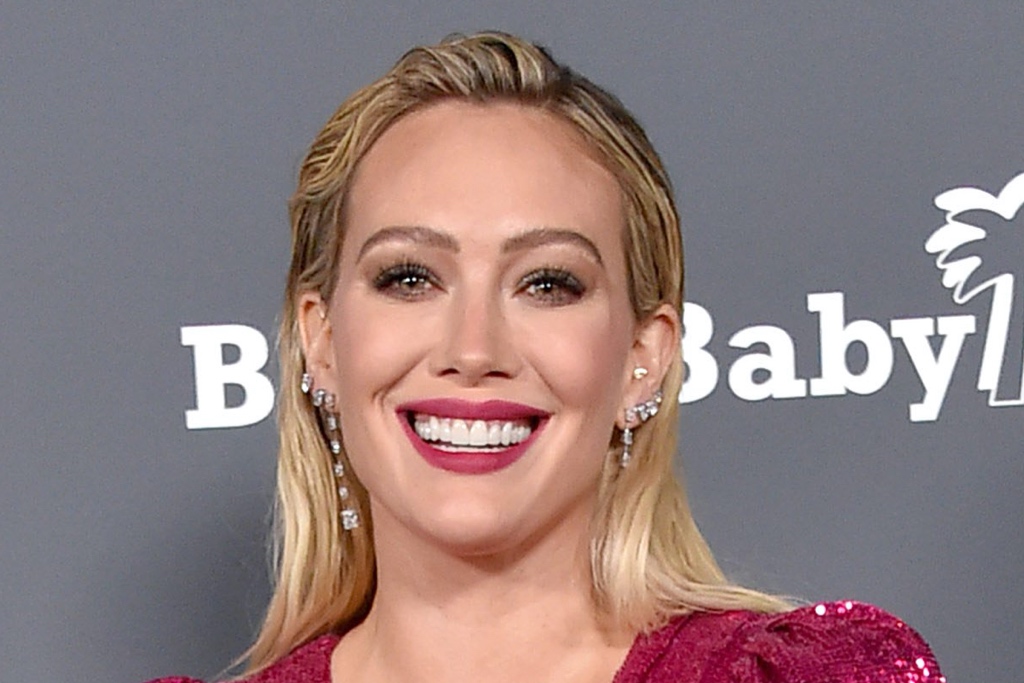 
Hilary Duff took a glamorous risk for the Baby2Baby 10-Year Gala at the Pacific Design Center in West Hollywood, California.

The “How I Met Your Father” star arrived in a glam ensemble with daring twists. The actress hit the red carpet with pal Shay Mitchell, wearing a deep magenta gown covered in sequins. The style featured slightly puffed shoulders with long sleeves, as well as a deep neckline. However, the piece also included a sleek thigh-high slit, adding a sultry element to Duff’s look. The “Younger” star completed her ensemble with a silky black clutch, as well as numerous sparkling earrings.

The annual Baby2Baby Gala raises funds for children living in poverty. The nonprofit’s 2021 event, which also celebrated Baby2Baby’s 10-year anniversary, honored Vanessa Bryant for her dedication to their cause. The organization has distributed over 200 million items to children across the country since its founding in 2011. This year’s event was sponsored by Prada, Tiffany & Co., Nordstrom, Paul Mitchell, Volvo and City National Bank.

Click through the gallery for more celebrity arrivals at the 2021 Baby2Baby Gala.