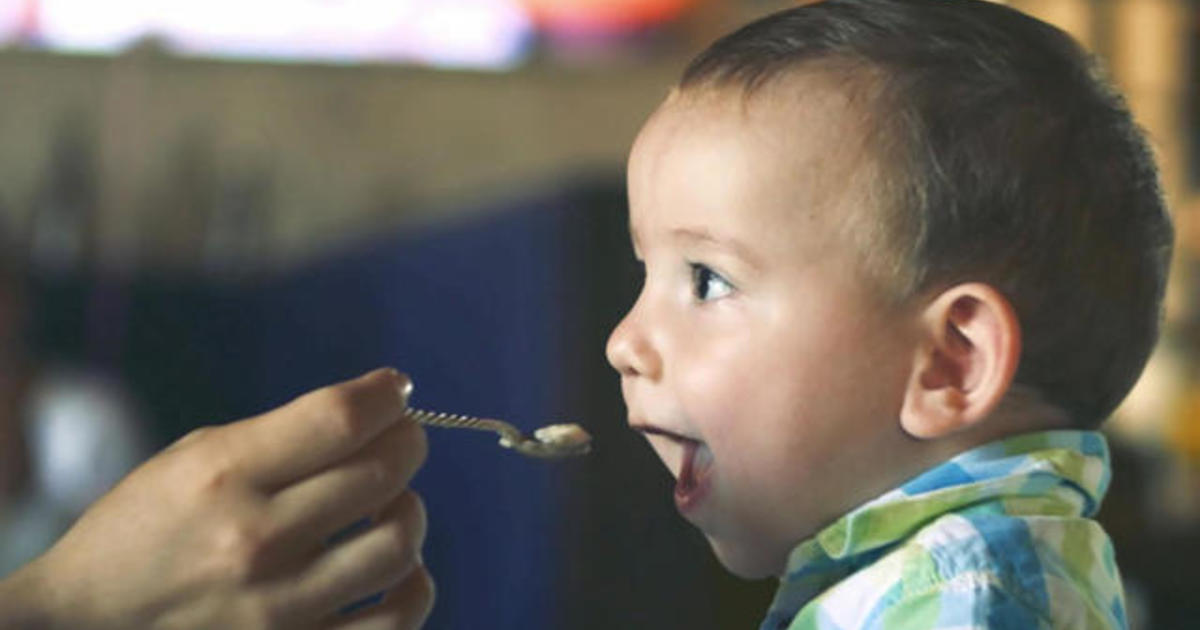 The report, out Wednesday from the House Subcommittee on Economic and Consumer Policy, describes dangerous levels of arsenic, lead, cadmium, mercury and other toxins, which can be particularly dangerous to developing babies and toddlers.

Most of Plum Organics’ products contained heavy metals too, including popular Superpuff snacks. And they said Walmart raised the amount of arsenic it allowed in its products, going from an internal company standard of 23 parts per billion to the maximum allowed by FDA of 100 parts per billion.

“No level of toxic heavy metals and exposure to them is safe for a baby,” said Illinois Congressman Raja Krishnamoorthi, the chairman of the economic and consumer policy subcommittee.

CBS News reached out to the companies named. Gerber did not answer whether it failed to recall products, but said it “follows a consistent and rigorous testing plan which includes regular testing of finished products” and increases testing “for products that have a history of naturally occurring level(s) of heavy metals.”

Walmart said it requires products to meet FDA guidelines, its specifications have always been aligned “with or below … FDA requirements,” and it’s “committed to providing high quality … baby food products that are safe and nutritious.”

But Krishnamoorthi wants stronger federal standards. He said he doesn’t believe the issue can be left to companies to fix.

“They haven’t so far shown either the capacity or the willingness to regulate themselves. You need a federal regulator in the form of FDA to be regulating them closely,” he said.

But one company is not waiting for the government to step in.

Jay Highman, the founder and CEO of Nature’s One, which makes organic baby formula, monitors everything at his manufacturing facility outside Columbus, Ohio.

“Everything’s in quarantine initially when it comes here,” he told CBS News consumer investigative correspondent Anna Werner. “For it to come here, it’s already gone through an elaborate qualification process.”

To make sure his products are pure, ingredients are tested for heavy metal toxins before they even reach the building.

“It’s constant surveillance and testing and working with our suppliers,” Highman said.

The finished products are also periodically tested, so Highman can work to keep toxins like arsenic and lead out of his products.

But about 10 years ago, it was a different story.

“We were the poster child for the first toxins identified in certain ingredients,” he said.

In 2012, Nature’s One made headlines after a university study found arsenic in its organic baby formula.

“This 2012 event was so shocking,” Highman said. “Because we were in this beautiful place in our mind that we’re doing everything possible that we could.”

His company was testing for toxins, but he says the commercial labs he used couldn’t test down to the lower levels in that study. It turned out, the arsenic was in an ingredient called brown rice syrup.

Customers were furious and business “went to zero.”

“It was a difficult time. It really was,” Highman said. “It’s emotional.”

That, he says, was the turning point. Since then, he’s dedicated himself to keeping toxins out.

“Without a doubt, it hardened our resolve to always be ahead of it. We want to know what’s in our product,” he said.

Highman said he didn’t need to wait for government regulations to take action.

“It’s up to me to have a conscience for my consumer,” he said. “It’s cost us more to go through this process, but is there really any price you wouldn’t pay to remove a toxin that’s harmful to a child in its later years or development years? I say no.”

The subcommittee report also said some samples of Beech-Nut products had more inorganic arsenic than the FDA’s limit and a subsequent recall in June was too narrow. Beech-Nut told CBS News that is incorrect and said it “proactively withdrew all those rice cereal products from supermarket shelves” and decided to stop selling infant rice products because it “is concerned about being able to consistently obtain rice flour well-below the FDA guidance level.”

The FDA’s “closer to zero” program would set allowable federal levels for some heavy metals, but final guidance isn’t scheduled until 2024. Krishnamoorthi wants to have some of those timelines moved up, but the agency said “it’s crucial that measures to limit toxic elements in foods do not have unintended consequences,” such as making it more difficult for families to get foods with significant nutritional benefits.