“Four weeks ago, I was diagnosed with a very unexpected bone cancer on the top of my noggin and the possibility of brain cancer beneath (yes, I actually do have a brain),” he wrote on the platform.

“This was the same aggressive cancer that took my jaw four years ago.

“Happily, the cancer (if there is a happy side to cancer) was spreading up and down and not in multiple directions. This could have made surgery improbable.

“Following PET and CAT scans and a radioactive MRI, my plastic surgeon Frank consulted with my neurosurgeon, Patrick, and together they devised a plan of attack.”

READ MORE: From the Queen to Princess Beatrice: all the royals Lilibet looks like

The 74-year-old then revealed he had already undergone surgery at The Alfred Hospital in Melbourne and is due to start six weeks of radiotherapy next week.

“The cancer infected bone has gone and been replaced with a titanium mesh cover; a skin graft has replaced all of the skin on top of my head; and brain biopsies taken during surgery are clear,” he wrote.

“A great result with enormous gratitude to the dedicated doctors and nurses at The Alfred – true heroes each and every one of them. Six weeks of daily radiotherapy begin next week.”

Back in 2018, he was diagnosed with a basal-cell carcinoma.

At the time, he underwent a 10-hour operation to replace part of his jaw with a leg bone – a procedure that could have ended his career.

“[My surgeon] said, ‘Well, just get prepared to not be able to do all the things you’ve been able to do for the past 50 years,’ which is a bit of a kick in the guts,” Blackman told A Current Affair at the time.

“Life without doing that is just so alien to me. I mean, I don’t know what I’m going to do.” 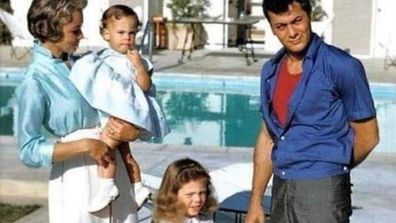