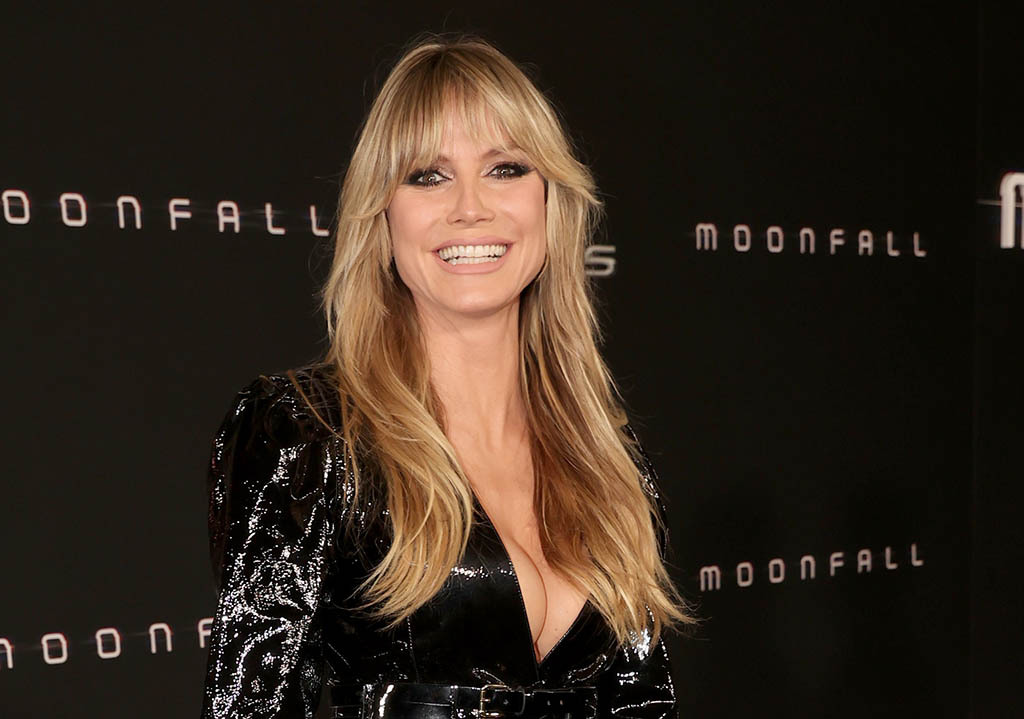 Heidi Klum was among the many stars who attended the premiere of Halle Berry’s new movie, “Moonfall” on Monday night in LA. Kelly Rowland, Eme Ikwukaor, Joey King, Amanda Kloot, Gillies Marini, Cherie Chan, Sophia Ali and Tia Carrere also graced the carpet to get a first-look at the highly anticipated sci-fi and action film.

Klum pulled out all the stops to showcase her red carpet fashion.

The “Germany’s Next Topmodel” host wore a plunging patent leather blazer that included a large thick belt that wrapped around her midriff and an asymmetrical hemline. She coordinated her jacket with a latex catsuit and stockings. Klum added an edge to her vinyl ensemble with a dark smokey eye and red pointy nails.

She accessorized her look with a black alligator-print clutch and styled her lustrous blond locs in slight waves. When it came down to footwear, the “America’s Got Talent” judge tied her look together with a pair of pointed-toe boots.

The “Making the Cut” presenter is known for having one of the most stellar records in the fashion industry. She has starred in campaigns for Liz Claiborne, Marc Jacobs and Victoria’s Secret. She was also an Angel for Victoria’s Secret and hosted the label’s famous fashion shows in 2002, 2006, 2007, 2008 and 2009. Her style consists of a trendy and versatile aesthetic. For footwear, she tends to gravitate towards various boot styles and pointy pumps.

Click through the gallery to see some of Klum’s best red carpet moments.

Add an edge to your ensemble with a pair of leather pointed toe boots.