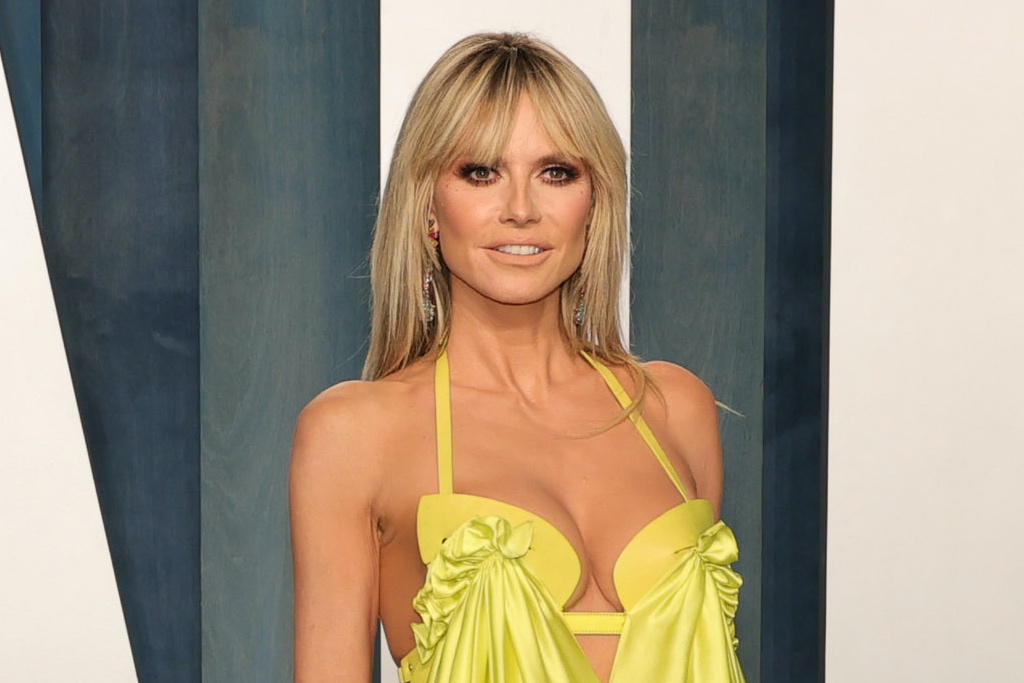 
Heidi Klum made a bold entrance on the red carpet for the Vanity Fair Oscars Party last night in Beverly Hills, Calif.

The supermodel arrived at the Wallis Annenberg Center for the Performing Arts in a flowing yellow silk gown, featuring a wide skirt and dramatic train. Giving the dress a sleek update was a cutout top, which featured thin straps and structured cups that appeared to hold up the train of Klum’s dress. Elevating her look’s glamour was a sparkling pair of Lorraine Schwartz drop earrings.

When it came to shoes, Klum’s heels remained hidden beneath her gown’s long skirt. However, when they peeked beneath her hem, the Gianvito Rossi pair featured sandals with thin soles and PVC straps. The pair likely included stiletto heels totaling 3-4 inches in height, similar to many high heels worn during the evening by stars like Regina Hall, Kristen Stewart and Jada Pinkett-Smith.

The Vanity Fair Oscars after-party served as one of the top conclusions of the 2022 Academy Awards, which celebrate the top talents across the film industry. Held at the Wallis Annenberg Center for the Performing Arts, the event always features a star-studded guest list of both Oscar winners, presenters, nominees and those in Hollywood who did not attend. This year’s guest list was packed with star power, including Zendaya, Kim Kardashian, Kate Hudson, Anya Taylor-Joy and more.