Harrison Ford and Dame Helen Mirren have been cast in the upcoming Yellowstone prequel series ‘1932’ for streaming service Paramount+, it was announced Tuesday.

The bold casting move proves Paramount+ is going big with the hugely popular franchise, particularly with Ford, 79, who commanded a whopping $65,000,000 salary for his role in Indiana Jones and the Kingdom of the Crystal Skull in 2008.

Meanwhile Mirren, 76, doesn’t come cheap either. The British actress, who won an Oscar for her portrayal of the Queen, is said to have recently received $2,000,000 for just five days work on action flick The Fate Of The Furious.

1932, which is the show’s working title, will be an origin story that will introduce a new generation of the Dutton family.

Paramount+ said in a statement that the drama will ‘explore the early 20th century when pandemics, historic drought, the end of Prohibition and the Great Depression all plague the mountain West and the Duttons who call it home.’

There have been no further details on the characters that the movie stars will be playing.

Ford and Mirren are the latest stars to join the Yellowstone universe, from creator Taylor Sheridan, which has already produced the spin-off 1883, starring Sam Elliott and Faith Hill.

The American drama premiered in 2018, on Paramount Network with Kevin Costner as the lead star, playing John Dutton, a widowed sixth-generation patriarch of the Dutton family who operates the Yellowstone/Dutton Ranch.

It has since built up a huge audience, with its season four finale reaching Game of Thrones-level height of 9.3million viewers.

The show has become the highest rated show in cable television and has defied the massive industry-wide declines in viewership over the past few years. 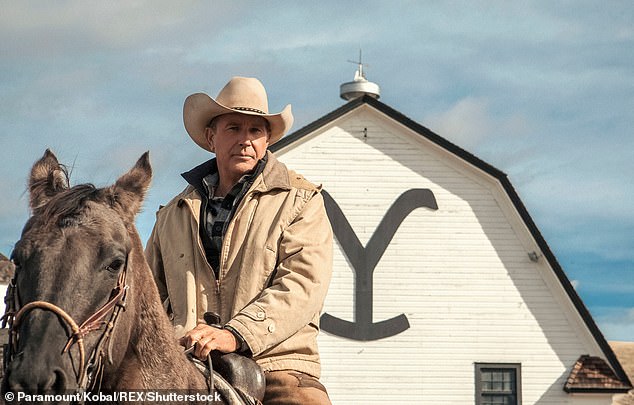 Original: Yellowstone premiered in 2018, on Paramount Network with Kevin Costner as the lead star, playing John Dutton, a widowed sixth-generation patriarch of the Dutton family 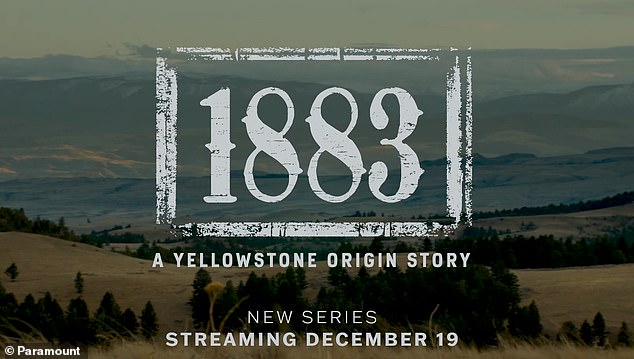 Expanding: Ford and Mirren are the latest stars to join the Yellowstone universe which has already produced the spin-off 1883, starring Sam Elliott and Faith Hill

In a recent cover story for Variety, creator Sheridan, 51, detailed how he graduated from playing small parts here and there to creating and leading the massively popular Neo-Western.

The multitalented auteur noted that part of the show’s success — as well as that of its prequel series 1883 — is due to his desire for veracity.

‘Our job as artists is to hold a mirror up to the world and let people see the reflection, to teach them about a part of life and human experience that they may not be aware of,’ he said in an interview at a popular horse ranch near Scottsdale, Arizona.

‘Whenever we’re ignorant of something, then typically we fear it, or we judge it, or we dislike it. And it’s the job of all artists, I think, to try and find these little pockets of the world and show some humanity.’

In addition to co-creating the Paramount series with John Linson, he has written or co-written every episode of the series, and he even directed the entire first season and parts of its most recent fourth season. 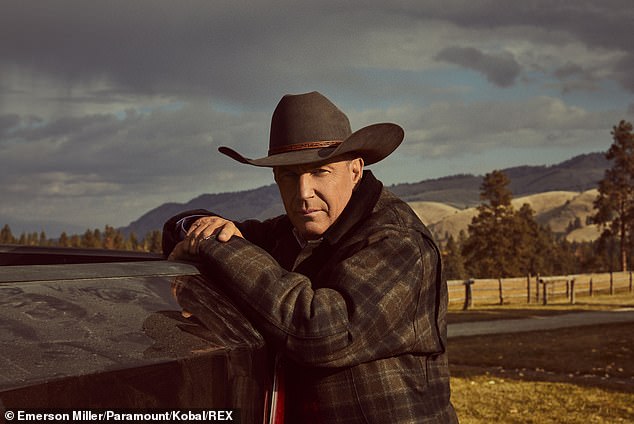 Gunslinger: Yellowstone has officially began production on season 5 after a very successful run which included their highest episode rating to date