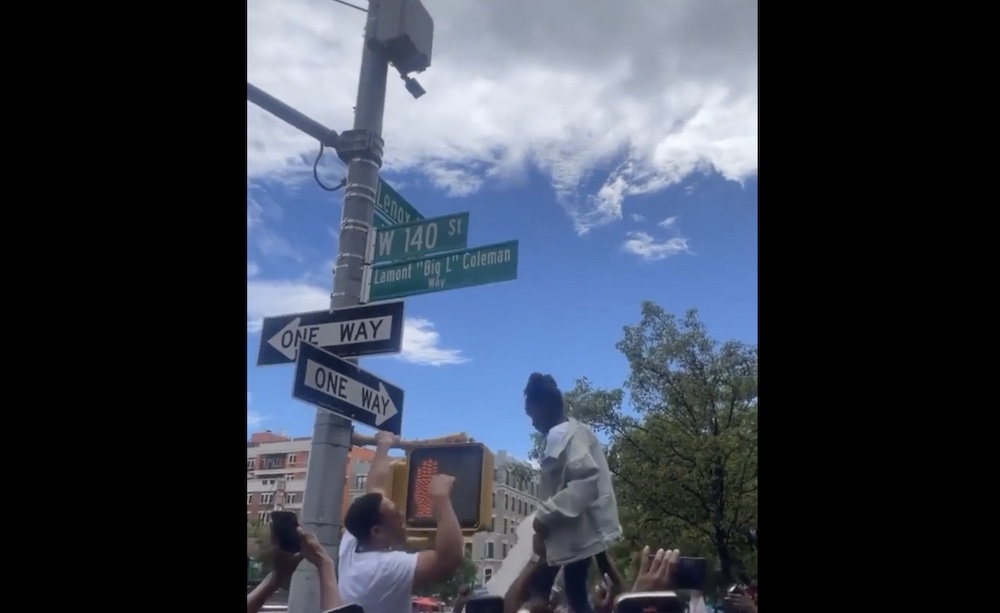 
A street in Harlem has been renamed after Lamont Coleman, the rapper who went by Big L. A sign on the corner of W 140th Street and Lenox Avenue in New York City now reads Lamont “Big L” Coleman Way. The location is near where Coleman was shot and killed in 1999.

“It took a whole lot of effort and Support to get to this great point but as an collective we made it happen,” read a statement from the team behind the forthcoming Big L documentary Street Struck. “The Biggest Thank you’s go out to the Dope 500 plus people who signed and passed the petition around so we could get this street renamed.”

The renaming ceremony took place on Saturday, May 28. Here’s the unveiling: