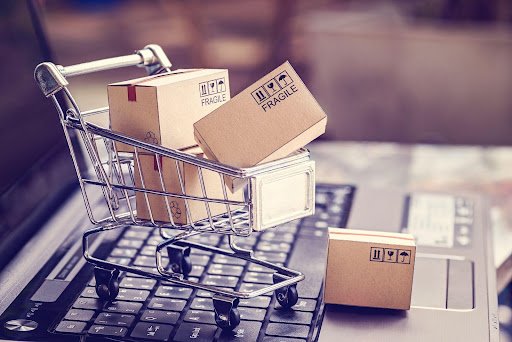 
As ecommerce growth plateaus in more mature markets such as China, Europe and the U.S., many global merchants, startups, and investors are looking to emerging markets that are rapidly catching up after the digital commerce’s unprecedented acceleration to fuel their future revenue expansion, customer acquisition, and market-share increases during 2022.

The ecommerce boom has been most dramatic in hyper-growth regions such as Latin America, where online retail grew by 40 percent in 2021, reaching $150 billion in value. Ecommerce in Latin America is projected to increase by 30 percent per year through 2025, per the latest Beyond Borders 2021-2022 research study projections via Americas Market Intelligence, published by EBANX.

Despite continued growth, the ecommerce market in Brazil can be difficult for international companies “to navigate without a local presence due to challenges involving customs, taxes, shipping, customer assistance, reverse process and payments for cross-border sales,” according to the ITA in its analysis of the latest report’s data.

A new approach emerges to capture shoppers in LatAm

The old formula for cross-border ecommerce success has changed dramatically since global online marketplace companies, starting with AliExpress arriving in Brazil from China 10 years ago. It entered the market with a simple strategy: offering affordable Chinese goods to customers with internet access, acceptable payment options and low expectations for delivery.

However, those early days of achieving success with little to no localization effort are now long over. Those expectations of shoppers in LatAm have increased exponentially since then. Even the newest among them now expect a high level of local knowledge, service and selection from the merchants and brands they choose to shop with regularly. They also demand a winning combination of affordability, quality, and fast delivery.

Customers in emerging markets like Latin America still tend to be very price-sensitive due to socioeconomic status and economic volatility caused by currency fluctuations and inflation. Now these emerging markets have more options than ever to shop online for domestic goods of similar quality and price to international options, and with a faster delivery time as well.

The rise of hybrid marketplaces in LatAm’s largest economy

One clear trend in Brazil, which outpaced most of the world as the #2 fastest-growing e-commerce region in 2021, is the rise of new hybrid marketplaces to help both local incumbents and global merchants better compete and serve Brazil’s app-happy shoppers who now rely on digital commerce for their everyday needs.

The competition to win over all these new and existing online shoppers in Latin America is fierce. Online merchants and investors looking to cash in on this massive sales opportunity are wise to take a closer look at the strategic moves top global merchants are making today.

Leading LatAm-born e-commerce incumbents such as Americanas, Casa Bahia, and Mercado Livre (in Brazil) are adding many more products from international sellers to attract Brazilian buyers with a broader assortment that includes sought-after global brands. At the same time, most global merchants active in LatAm are adding a lot more locally produced products that best serve local needs and can be delivered faster to keep pace with heightened demand.

Global players like Singapore-based Shopee are increasingly opening their marketplaces to local sellers. As a result, Sea-owned Shopee’s local operations in LatAm have gained traction. The company was mentioned as a top-three e-commerce destination by 37 percent of consumers last year, up from just six percent in 2020 (per Morgan Stanley), and its Shopee app overtook Mercado Livre to become Latin America’s top shopping app last September, per Apptopia. The e-commerce behemoth just reported a 600 percent leap in the number of local sellers in Brazil where it has more than one million registered users who buy mostly local.

Other established global players and new upstarts in Latin America are following Shopee’s lead and localizing their (mostly mobile) offerings to level the playing field and win new customers in Brazil and beyond who’ve grown accustomed to wider assortments, faster delivery, better pricing, and a broad variety of payment methods.

Global marketplaces including Amazon, AliExpress and Wish are also increasingly going hybrid by mixing domestic and international operations to make the most of each Latin American market. They’re purposefully enhancing their overall product mixes by attracting more small and medium-sized sellers to their platforms.

To better compete with these players, e-commerce heavyweights competing in LatAm have continued to flip their product mixes the other way – shifting up to 20 percent of their offerings to international brands and partners.

During the pandemic many online shoppers in Latin America came to expect same-day or next-day shipping and delivery, which has driven a wave of increased investments in Latin American logistics, last-mile-delivery fulfillment, and shipping businesses since early 2019.

AliExpress recently opened its platform to local sellers in Brazil for the first time, offering competitive rates. It also increased the number of weekly shipping flights from China to Brazil and last fall began offering integrated logistics and fulfillment solutions to local sellers.

Amazon has launched logistics and loyalty incentives for Brazilian third parties to sell in its marketplace, and recently launched free one-day delivery in Brazil, just as Mercado Livre, Magazine Luiza, and others have begun boosting their local shipping and infrastructure.

One of the most critical steps global merchants can take to ensure cross-border sales success is to replace outdated checkout systems with integrated digital solutions that deliver simple, fast shopping experiences, no matter where customers live or how they want to pay.

Shoppers don’t want the hassle of multi-step checkout systems that break up their purchase into separate transactions or that struggle to safely process foreign currencies, international credit cards, or the many different local alternative payment methods that exist today in LatAm.

Instead, they expect online shopping carts to simply work with whatever payment method they prefer – whether that’s a cash voucher, digital wallet, an instant payment system like Brazil’s Pix, or the option to Buy Now, Pay Later (BNPL) – a choice that’s become wildly popular worldwide, but has been a way of life in Latin America for many years.

This BNPL payments category has experienced exponential growth in the wake of the economic fallout from the pandemic. For example, recent PYMNTS’ research shows that 20 percent of U.S. consumers made purchases using BNPL in the last year, and 52 percent are interested in doing so over the next 12 months. According to Insider Intelligence, the BNPL industry is projected to grow to $680 billion in worldwide transaction volume by 2025.

The ability to process multiple currencies, accept international and domestic credit cards and keep up with the proliferation of new alternative payment methods is no small feat. Merchants that can achieve this will stand head and shoulders above their competition.

International merchants shouldn’t just replicate their current shopping experience for Latin America – or anywhere else – and expect it to work as it does in another part of the world. Localization is not an option anymore; it is a must.

As more alternative payment options arrive on the scene and the volume of borderless transactions continues to rise, online merchants need to stay as flexible and proactive as possible with their payments, settlement, and checkout systems.

Local price sensitivity and supply-chain challenges should be carefully investigated as part of any go-to-market strategy, with merchants partnering up with local vendors and suppliers wherever it makes sense to better serve their customers.