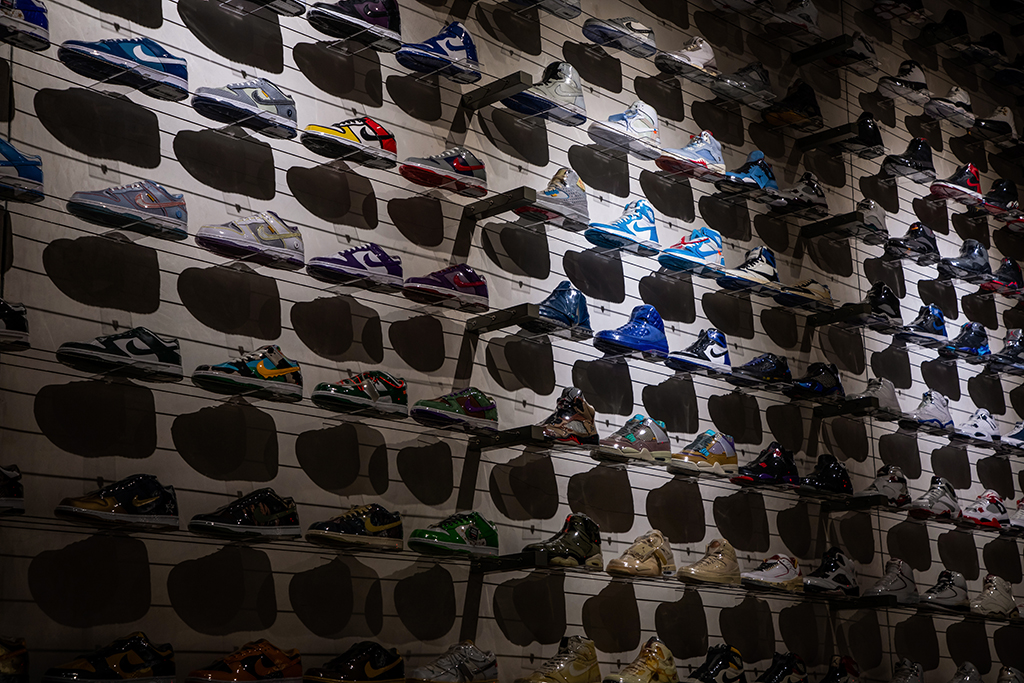 
Flight Club is back in L.A. after two years.

The sneaker consignment store, which closed in March 2020 due to the pandemic, has quietly reopened its Los Angeles flagship at 535 North Fairfax Avenue.

The newly renovated space features textured concrete and metals, inspired by materials found in the city as well as works by American graffiti artist, Stash. The retailer’s sought-after selection of sneakers, including player exclusives and other rare collectibles are also on display in addition to limited edition merchandise and Flight Club branded apparel.

In May 2020, the store was ransacked along with a slew of other luxury retailers among civil unrest after the murder of George Floyd. Now, Eddy Lu, CEO and co-founder of GOAT Group, which merged with Flight Club in 2018, is ready to bring back “the complete Flight Club experience to Los Angeles.”

“While our digital business has grown exponentially, reopening our Los Angeles store has remained a priority for us,” Lu said in a statement. “As a cultural staple in the Fairfax neighborhood, we’re eager to finally reconnect with our community in-person.”

To celebrate the reopening, Flight Club said it will host special events and other community initiatives throughout the year. The store officially opens to the public on Friday, July 22.

Established in New York City over 15 years ago, Flight Club revolutionized sneaker retail as the original consignment store for rare shoes. Along with the L.A. flagship, the retailer also has stores in New York and Miami.

When Flight Club merged with GOAT in 2018, the sneaker community was abuzz as two go-to outlets for rare footwear came together as “the world’s largest sneaker marketplace.” At the time of the merger, the pair also announced a new round of funding, from Index Ventures, to the tune of $60 million.