Danish alternative pop duo First Hate have announced their second album, Cotton Candy. The follow-up to 2017’s A Prayer for the Unemployed is out May 27 via Escho and Cascine. Today, First Hate have previewed the album with a self-directed video for the lead single ‘Commercial’, alongside the track ‘In My Head’. Check out both songs below, and scroll down for the record’s cover artwork and tracklist.

Describing ‘Commercial’ in a press release, First Hate’s Joakim Wei Bernild said: “Big white smiles and perfect photoshopped bodies with over-dimensioned features on everything from big billboards on the highway to our Instagram feed. This song is about the big wheels of capitalism turning around constantly and indulging in it.” Anton Falck added that the song encapsulates “everything the capitalist heart desires.” 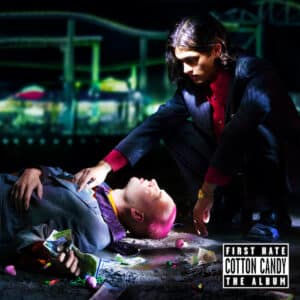