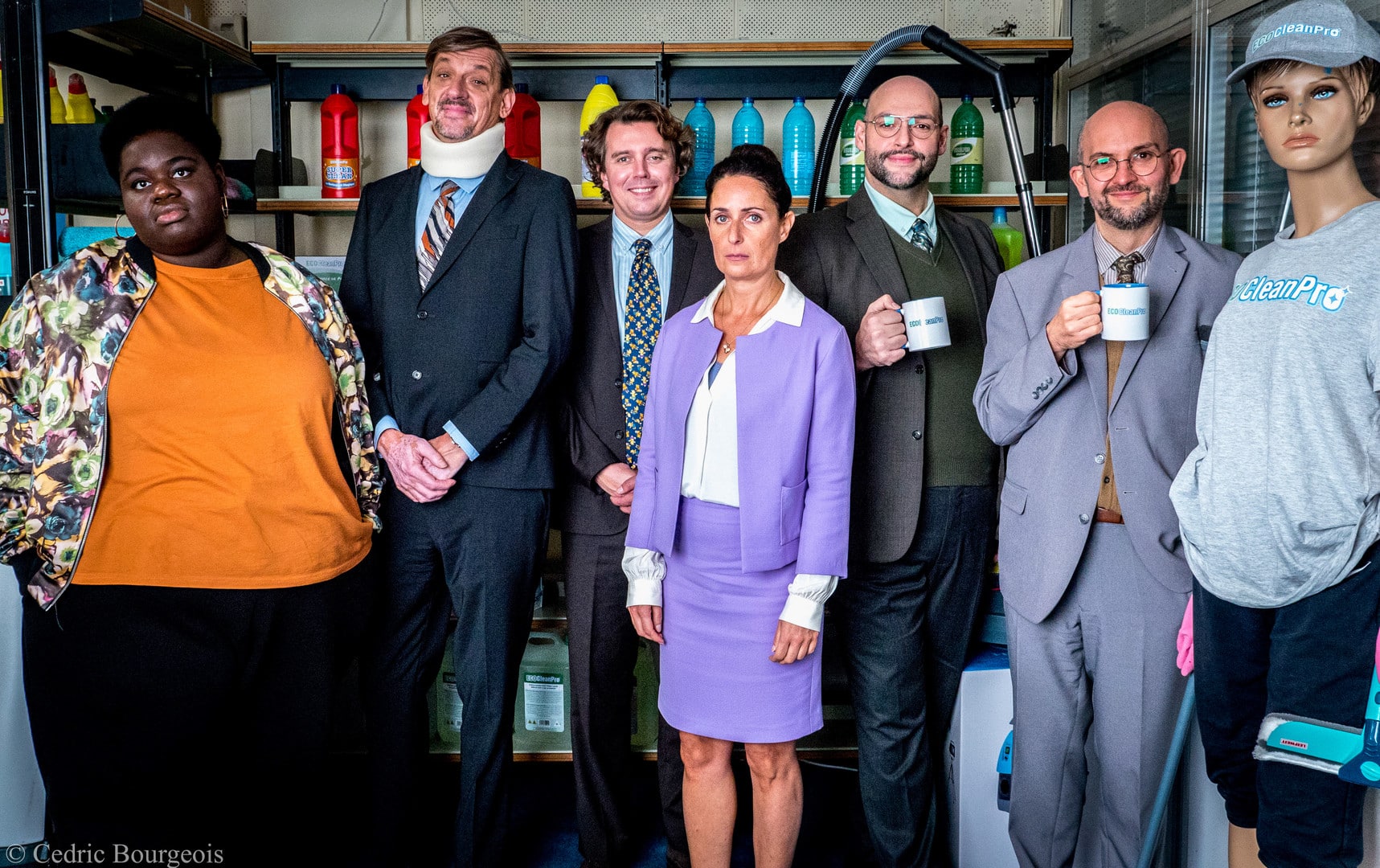 
Employee of the Month is the debut feature film from Belgian filmmaker Véronique Jadin: a blackly comic horror movie that viciously satirises the monotonous and ultimately meaningless nature of office work. But what makes Jadin’s film stand out in a now relatively crowded international cycle of ‘corporate horror’ is its focus not just on the horrors of capitalist exploitation but a specific concern with gender inequality in the workplace. Our Culture reviews the film here as part of its selection from the 2022 Fantasia International Film Festival.

Inès (Jasmina Douieb) has spent the last seventeen years of her life working for EcoCleanPro, a business that deals in cleaning supplies and chemicals. In theory she is a ‘legal expert,’ but in reality she is also acting as a customer service advisor, a quality control analyst, a human resource manager, a secretary and a coffee-fetching personal assistant. In all her time at the company, she has never once received a raise. On the same day that she is tasked with overseeing a new intern, Melody (Laetitia Mampaka), she finally plucks up the courage to confront branch manager Patrick (Peter Van den Begin) in his office. She wants equal pay and respect, but their negotiations go awry when a freak accident occurs. Soon she is enlisting Melody to help her clean blood out of the carpet, and the situation spirals further out of control as Inès discovers that she is far more ruthless than anyone could ever have imagined.

With the notable exception of Bad Hair, all of these films have something in common: they either feature male protagonists or ensemble casts. And while they rightly point out that very few of us are having fun under capitalism, they rarely acknowledge that things are statistically far worse for women. Employee of the Month redresses the balance from the very outset. While one of its early scenes – a meeting led by regional manager Anna (Laurence Bibot) that would not look out of place in any version of The Office – lampoons the cringe-worthy rhetoric of corporate culture, for the most part this is a story woven around the gender-specific injustices suffered by the only women in the EcoCleanPro office: Inès and Melody.

Throughout the film’s first act, we are forced to watch the long-suffering Inès as she silently tolerates her repugnant male colleagues: the buffoonish yet quietly sinister Patrick; interchangeable middle-managers Jean-Paul (Achille Ridolfi) and Jean-Pierre (Christophe Bourdon); and sales representative Nico (Alex Vizorek), who hides his rampant misogyny behind immature office banter. As the film’s narrative unfolds and her killer instinct comes out, it is a delight to watch Inès decide that if she can’t break the glass ceiling, she’ll simply smash it to pieces. So this is an unashamedly feminist critique of capitalist work culture, but importantly it is also a nuanced one. As the film heads towards its unpredictable conclusion, it finds time to acknowledge that while Inès has certainly had her progression unfairly stunted by patriarchal power structures, she is in a far more privileged position than Melody, who has always had to contend with systemic racism and classism on top of everyday sexism.

The film tackles these issues with a great deal of humour, and for much of its running time it feels more like a farcical comedy than a horror film (and a very funny one at that). An absurdist tone is reinforced by its over-the-top performances, which are satirical and cartoonish but never truly unbelievable; sadly, we’ve all worked with some of the more problematic characters in Employee of the Month. But there is plenty of bloodletting on display here for those seeking more visceral genre thrills, and the film takes some deliciously dark turns in its second and third acts. For those who found a perfect balance of comedy and horror in recent festival favourite The Columnist (2019), Jardin’s debut should hit the right note.