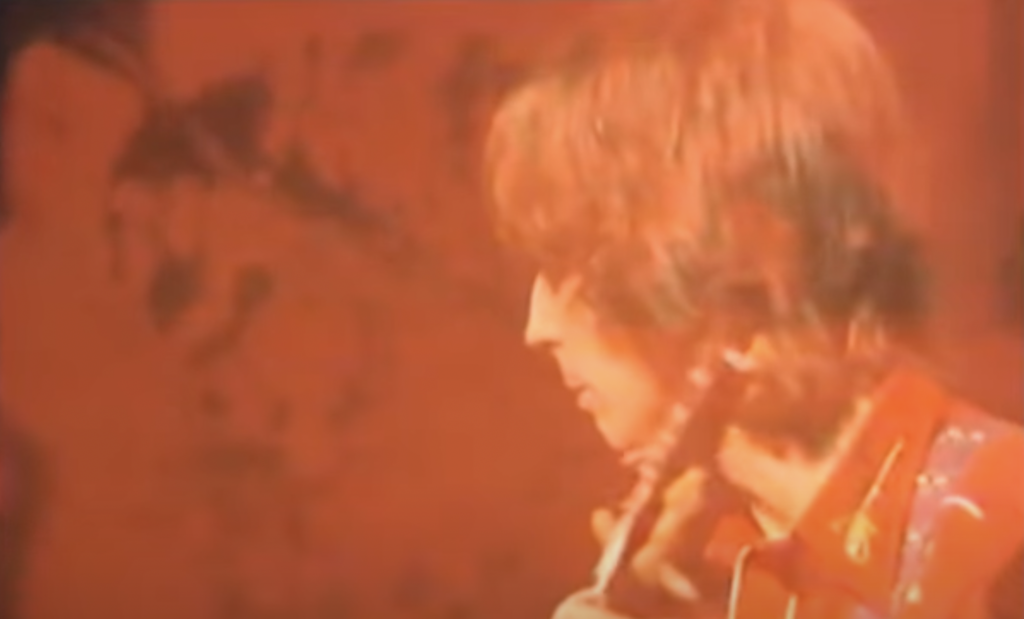 
The original rock supergroup, Cream, lasted two years, changed the course of rock music, barely held together because of rancor between members and said goodbye in 1968. Their farewell concert at the Royal Albert Hall in London was one for the ages. Maybe not their best performance, but one of their most energetic. And inside the cavernous Hall, the three men laid down a wall of undeniable sound.

Too bad that it wasn’t properly documented, despite a series of cameras there that evening. A Youtube denizen called Mike Lefton has tried to rectify the history by assembling a cut of the 70-minute concert that plays in real time. It’s the kind of fan project for which YouTube is designed—something not professional enough for official release, but vitally important for the fans.

Go on to the BezosBorg site (you know, it rhymes with Glamazon), and you can find a concert film offered on Blu-Ray. What’s wrong with that, you might ask? Cream fans will tell you. Instead of letting the band play, the official Farewell Concert leaves off several songs, and includes a “totally square voiceover by Patrick Allen (who refers to the band as “The Cream” throughout),” according to the moviesteve.com website, while another reviewer notes this could be the genesis of Spinal Tap’s intentionally bad interviews. (But let’s be fair, the 1960s in general were filled with non-rock journalists interviewing musicians as if they were alien life forms. D.A. Pennebaker’s Don’t Look Back is a compendium of such cringey moments.)

On top of that, director Allen really overdid the zoom lens, which was everywhere those days. It’s funny to see how it was used to “spice up” rock band footage, where really you could just hold the camera on Ginger Baker playing drums.

This edit cuts Allen’s footage together with black and white footage from the BBC, and generally does a fair job filling in the gaps, letting the concert stand on its own merits. It had plenty—the aforementioned Ginger Baker’s drum solo on “The Toad.” The repetition of footage is easy to spot—Jack Bruce tunes his guitar quite a lot, Eric Clapton looks offstage, and Baker smokes the final half-inch of a rollie over the hour—but Mike Lefton made this one for the fans, which is more than you can say for Allen, who made it for frightened BBC viewers still unsure about what all this “rock and roll” music was about. Enjoy.

Jimi Hendrix Arrives in London in 1966, Asks to Get Onstage with Cream, and Blows Eric Clapton Away: “You Never Told Me He Was That F-ing Good”