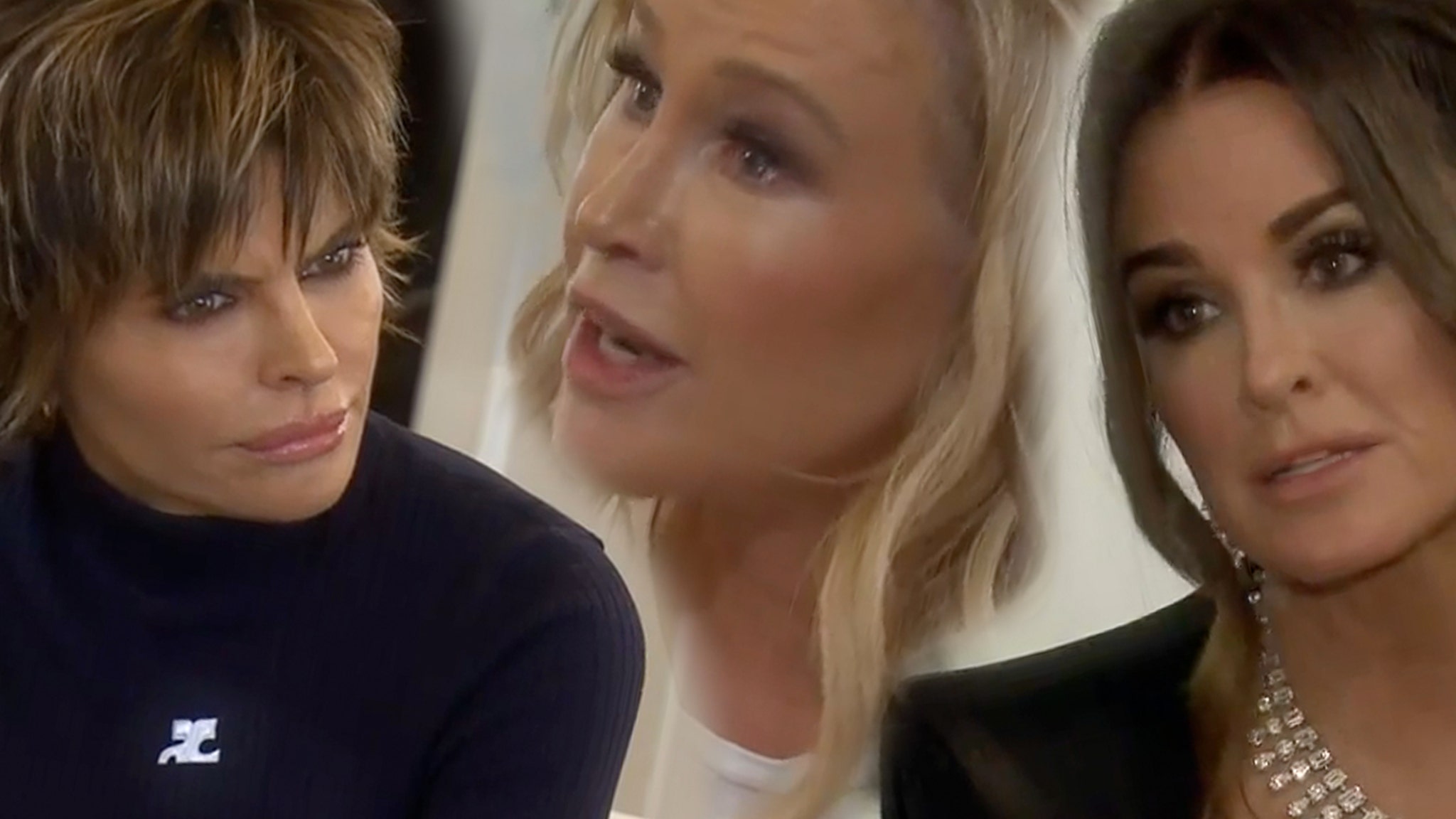 “Kathy was f—ing raging. I don’t know who that person was,” says Diana — as the explosive mid-season trailer gets into the Aspen drama.

Kathy Hilton returns to “Real Housewives of Beverly Hills” for the back-half of the season … but, judging by this trailer, she might regret that decision.

After being MIA for most of the episodes so far, Kathy tip-toped back into the Bravo series on Wednesday’s new hour. While everything was hunky-dory last night, a preview for the rest of the season proves it’s going to go downhill fast.

It’s no secret to anyone who follows fan pages for the show that something went down when the women all filmed together in Aspen — and fans have been eagerly waiting to see how the series itself would handle the drama. While the new footage doesn’t get into the specifics of it all just yet, it’s clear that Kathy is on the outs with the group after the trip.

*Aggressively uses face roller to CALM DOWN after finding out Kathy Hilton is back* The #RHOBH midseason trailer is here – and it’s so spicy, Aspen might melt. 👀👀💎 pic.twitter.com/OfLGR8uI9u

“I saw her just so angry,” Erika Jayne says, while Lisa Rinna adds that she “locked [herself] in the bedroom” as the mystery drama unfolded. Footage also shows Kathy appearing to storm out of the rented home, shouting, “I’m leaving, I am f—ing pissed off.”

Later, Diana Jenkins shocks Crystal Kung Minkoff by saying that Hilton was “f—ing raging” — adding, “I don’t even know who that person was.”

After Erika comes under fire from Crystal about some of the lawsuits she’s been hit with amid her split from Tom Girardi, Jayne says if that’s fair game for them all to talk about, then “Kathy has to own her s— too.”

There’s also footage of a sit-down between Rinna, Kathy and Kyle Richards, where Lisa asks Hilton where all “the hatred comes from.” Kathy’s response: “You can be very unkind too.” Kyle’s then seen telling Dorit Kemsley that she believes “someone wants my sister to look bad.” When asked if she means someone in the cast, Richards replies, “100%”

The trailer ends with Rinna exclaiming, “There’s too much to pretend like everything was hunky f—ing dory.”