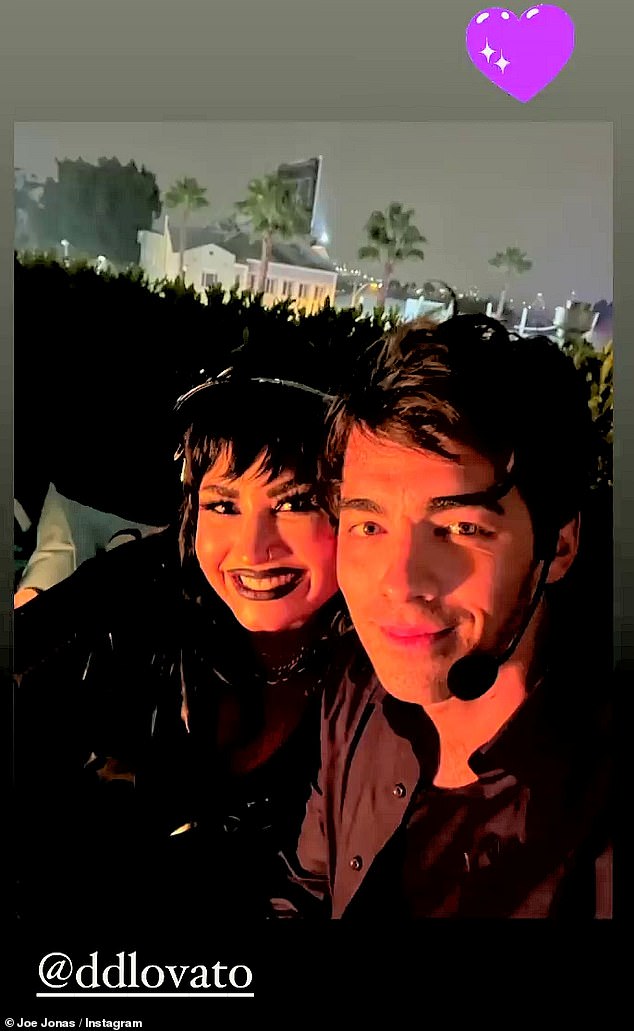 
Camp Rock reunion! Demi Lovato poses with ex Joe Jonas as they run into each other at a Halloween party

By Mark Mcgreal For Dailymail.Com

Halloween provides lots of scares and excitement, and that can include running into your ex at a party.

That was the case for Joe Jonas and Demi Lovato, who took a selfie together when they bumped into one another while partying over the weekend.

Jonas tagged his former flame in the photo and added a purple heart to it as well. They both showed gave the camera wide smiles.

Hanging out with an old friend: Joe Jonas ran into Demi Lovato at a Halloween party this weekend

The pair co-starred in the 2008 Disney movie Camp Rock together and even dated briefly in 2010.

Demi Lovato opened up about their onscreen kiss with the Cake By the Ocean singer in the Simply Complicated documentary.

‘This is the moment I friggin’ fell in love with him, in real life,’ they said. ‘I wasn’t acting much. We had our first kiss on camera.’ 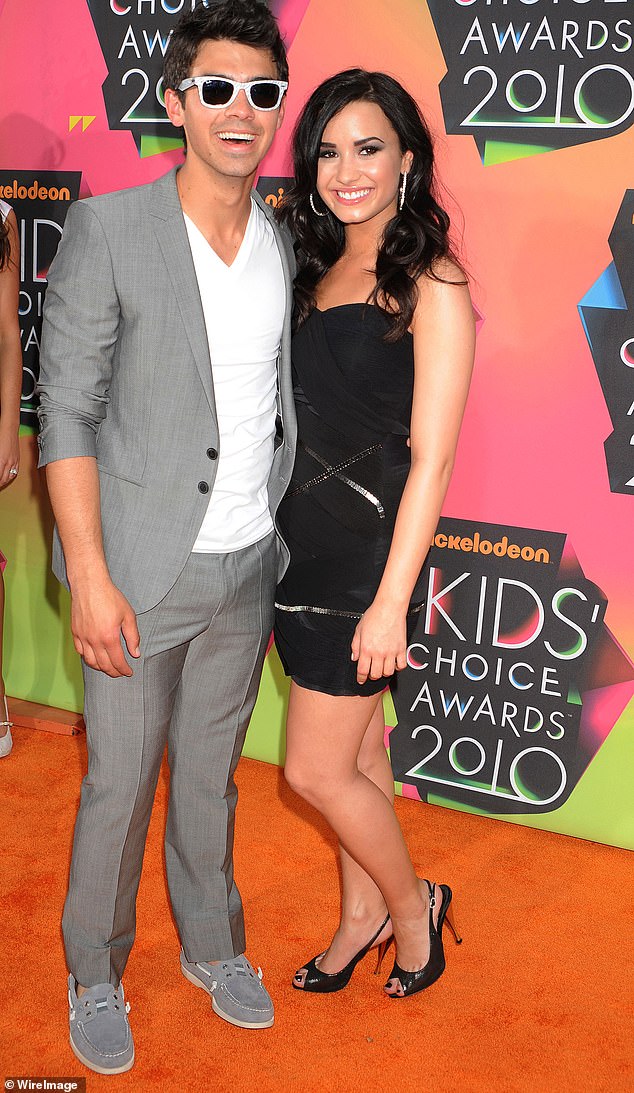 Short-lived love: Despite their feelings for one another, Lovato and Jonas ended their relationship after just one month 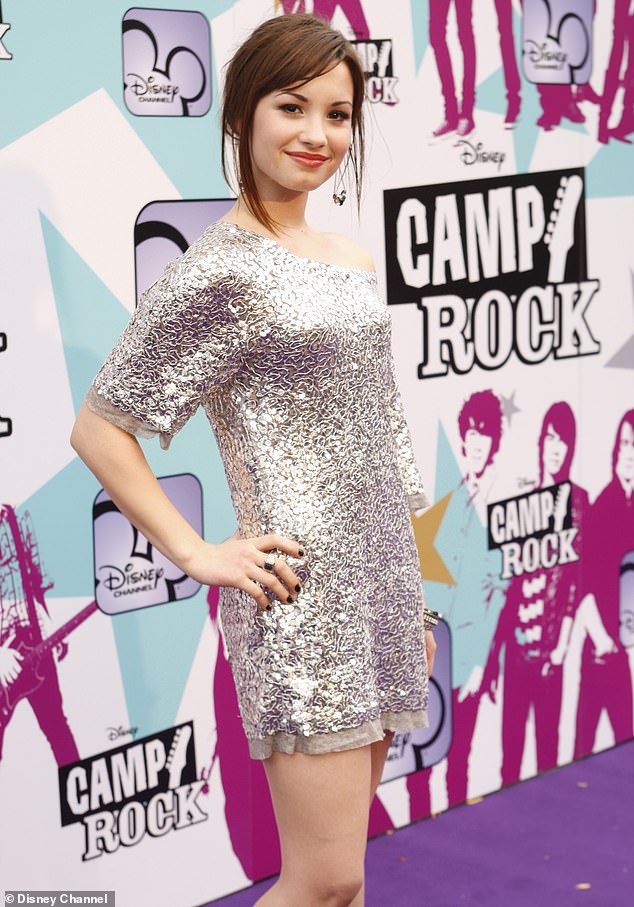 On-set milestone: Lovato, seen here in 2008, revealed that they had her first kiss on the set of Camp Rock with Jonas

Despite the feelings the two stars once had for one another, Lovato revealed in the same interview that their relationship lasted only about a month.

Both actors have long since moved on from their fling over a decade ago. Jonas married Game of Thrones actress Sophie Turner in 2019, and the pair welcomed their daughter Willa into the world last summer.

Lovato has dated a number of people over the year, most recently becoming engaged to, and then calling off said engagement, to Young and the Restless star Max Ehrich.

They got engaged in July, but the Heart Attack singer broke things off just a couple months later with one source telling E! that there were many ‘red flags’ the New Mexico native was ignoring. 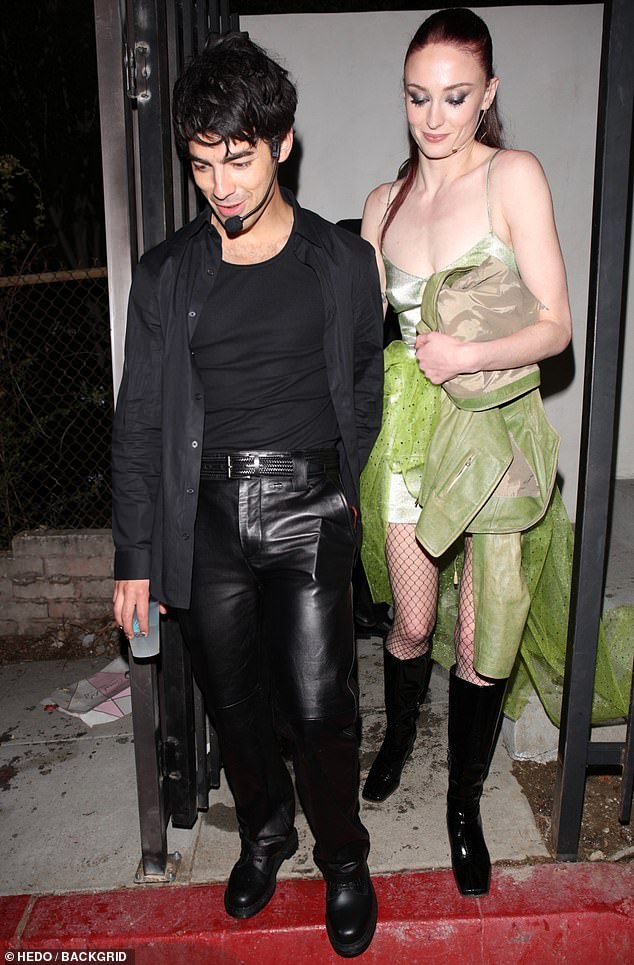 Happily married: Jonas is now married to Sophie Turner with whom he shares a child, Willa 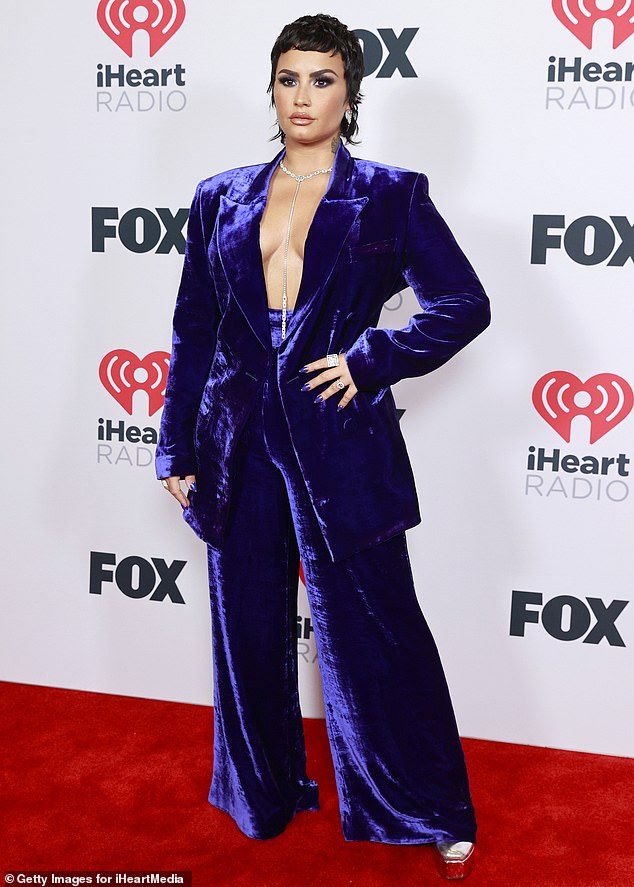 Living the single life: Lovato, seen here in May, got engaged last year to actor Max Ehrich but called off the engagement just a few months after announcing it

The two have also been hard at work on their professional lives as well. The Sorry Not Sorry singer released their newest album Dancing with the Devil…the Art of Starting Over in April of this year.

They released the album along with a YouTube Originals produced docu-series following the singer’s recovery after their 2018 overdose.

Their former flame has had a lot on his plate as well. The Year 3000 singer has been touring all over the United States with his brothers, and the trio recently announced plans to host a family roast along with stars like Kenan Thompson and Pete Davidson. 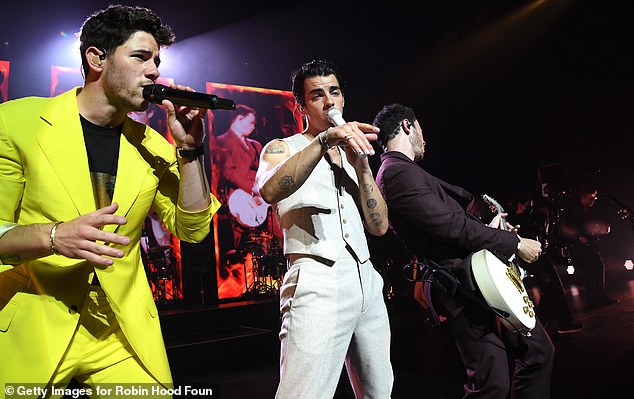 Ready to roast: The Jonas Brothers, seen here at a show earlier this month, are preparing to host a roast with stars like Pete Davidson and Kenan Thompson