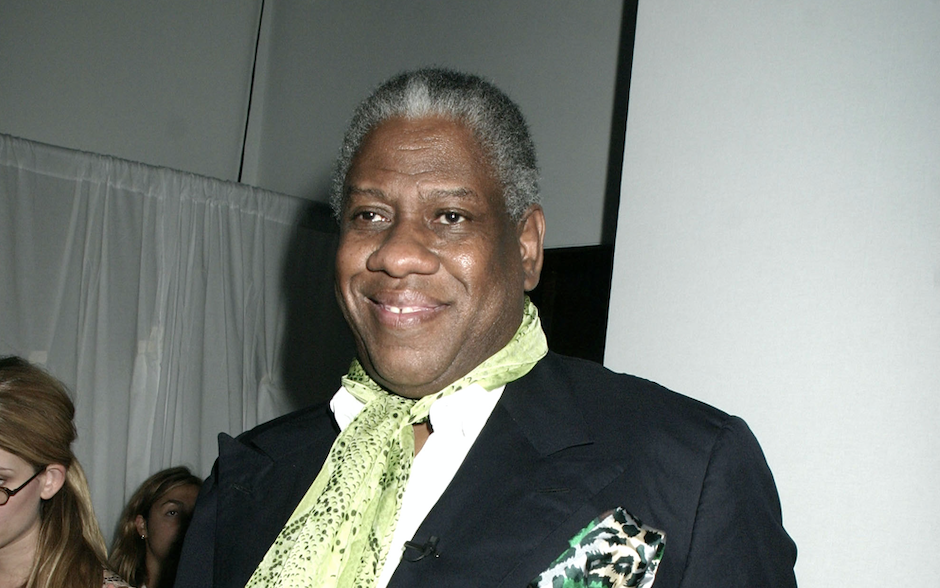 
André Leon Talley, the fashion icon who was once Vogue’s creative director and later its editor-at-large in the U.S. has died. The news was first reported by TMZ and later confirmed via a statement posted to the official Met Gala Twitter page. Talley was 73.

“Fashion lost another giant today,” read the Met Gala statement. “André Leon Talley, thank you for your groundbreaking work that has inspired so many of us. Your legacy will live on forever. RIP.”

Fashion lost another giant today. André Leon Talley, thank you for your groundbreaking work that has inspired so many of us. Your legacy will live on forever. RIP 🤍🕊 pic.twitter.com/zSu03DYGjG

Vogue and the Met Gala have a decades-long relationship, with the magazine’s editor-in-chief Anna Wintour a chairwoman of the event since 1995 (excluding 1996 and 1998).

Talley was Vogue’s fashion news director from 1983 to 1987 and then its creative director from 1988 to 1995. He later served on the judging panel for America’s Next Top Model, appeared on Empire and in the first big-screen incarnation of Sex and the City. He was also featured in the Vogue-centric The September Issue and a number of other documentaries including The Gospel According to André, The First Monday in May and Manolo: The Boy Who Made Shoes for Lizards.

The fashion icon was born on October 16, 1948, in Washington, D.C. He said he learned from his grandmother an “understanding of luxury” which was foundational to his sense of style. He first discovered Vogue magazine at the age of 10.

Talley earned a master’s degree in French Literature from Brown. In 1974, he apprenticed for then-Vogue Editor Diana Vreeland at the Met. She recommended Talley for a job at Interview magazine which led him to Women’s Wear Daily. He became the publication’s Paris bureau chief from 1975 through 1980. He also worked for The New York Times before finally landing at Vogue. After over a decade there, Talley left Vogue in 1995 for a stint at W before returning to Vogue as editor-at-large until 2013.

Talley had an outsized influence in the fashion world. He was outspoken and often championed new voices. He advised the Obama family on fashion, including introducing Michelle Obama to the designer of her inaugural gown.

In a 2018 Washington Post essay about Beyoncé’s Vogue cover, Talley reflected on his journey:

I grew up in the segregated South. For so long, no one who had a position of prominence in the world of fashion magazines — in the world at large — was black, be they man or woman. But in 1988, Anna Wintour started as Vogue’s editor in chief, and when she hired me, though I thought little of it at the time, I made history, too: I became the first African American man named creative director of one of the premier fashion magazines in the world.

Suddenly, I had the opportunity to offer a point of view in my new role that was different from the tony, upscale and frequently affluent fashion editor’s. My perspective was based on a vast cultural knowledge that the old guard just could not have tapped into. It had that quality so elusive in the world of fashion: It was new.

France honored Talley last year with the Chevalier de l’Ordre des Arts et des Lettres. He told WWD that the day he was told he would receive the French honor was “the best day of my life.”

Out magazine named Talley one of its “50 Most Powerful Gay Men and Women in America” in 2007.