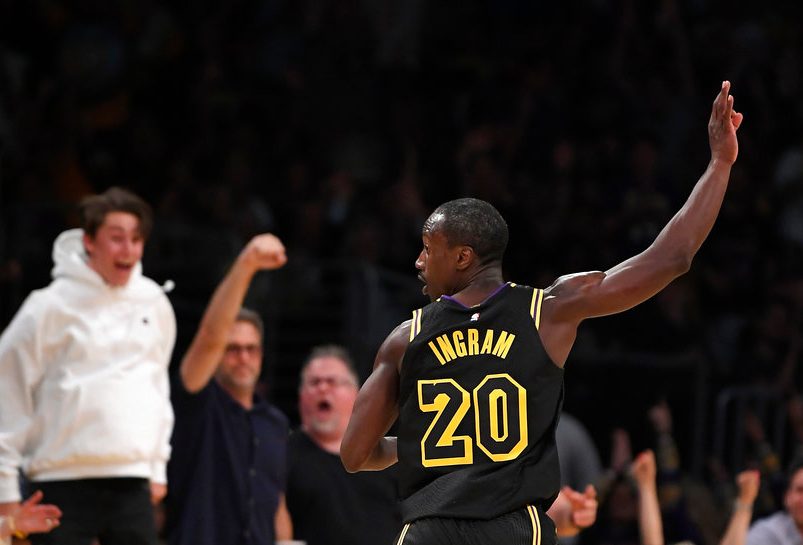 
There were two big winners for the Los Angeles Lakers on Friday night.

While the NBA basketball team was pounding the Oklahoma City Thunder, beating them 116-95, former Lakers guard and current South Bay Lakers player Andre Ingram was a cash winner on the syndicated game show Wheel of Fortune.

Ingram appeared Friday as a guest for the “Secret Santa” episode of the show. He won $31,750, missing out on a potential $39,000 by failing to solve the game’s final puzzle.

Ingram said he would donate the lump sum to a fan, but specifics were not immediately available on the how and when of that.

After the show, Ingram confessed to more nerves about the TV show than playing in the NBA.

Ingram is currently trying to get back in the league, and is the NBA G-League’s all-time leader in 3-pointers.

Tonight’s Secret Santa episode was a slam dunk for André! 🏀 He won over $31,000! 🤩 Hurry and check your SPIN ID to see if you won all that cash, too! https://t.co/JB1AVJCnhV @MaggieSajak pic.twitter.com/UM1OKLfH0t