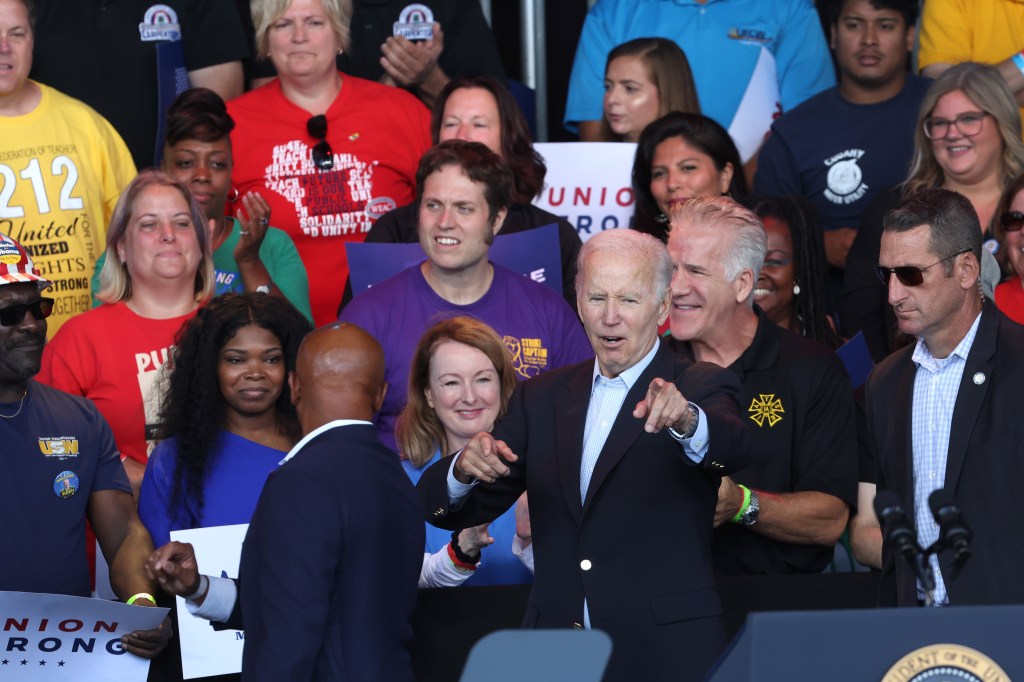 
Today in Wisconsin, President Joe Biden responded to the latest in a string of hecklers interrupting his public appearances.

“As I said last week,” Biden told the crowd in an appearance broadcast on MSNBC, “we remain in the battle for the soul of America.”

The heckler then began shouting out something unintelligible.

“All right. God love ya,” replied Biden directly to the man, who was then booed by other attendees and likely set upon by security. Biden was more magnanimous.

“No, no, no … don’t — let him go. He’s, look, everybody’s entitled to be an idiot,” said the president. The man eventually was escorted out, per video from the Milwaukee Journal Sentinel.

Biden responds to heckler: Let him go. Everyone is entitled to be an idiot pic.twitter.com/fFbeiHcMAt

It’s not the first of his speeches of late to be so interrupted.

The president again supported the protesters’ right to free speech.

“They’re entitled to be outrageous,” he said. “This is a democracy.” He then observed, according to Reuters’ Jeff Mason, “Good manners is nothing they’ve ever suffered from.”

In July, Biden was interrupted by the father of mass-shooting victim during a White House event. “Let him talk. Let him talk,” he said at the time.