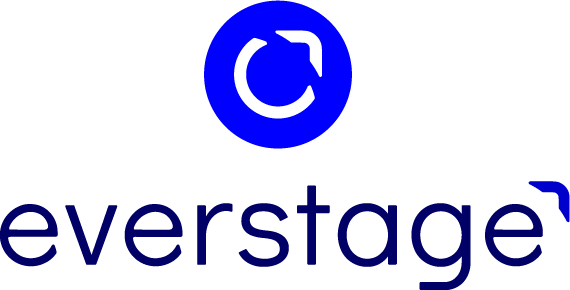 
Keeping up with commissions and the sales performance of a team can be a big task, but Everstage makes it easier. The company has a highly-effective and easy-to-use platform that allows companies to manage commissions. But it does not only help keep track of commissions. The platform also helps incentivize workers, provides instant data, assists with contract management, and more. And it does it all while integrating with over 20 tools. To learn more about Everstage and its plans for the future, check out the article below.

Sales teams are used to earning 50% or more of their compensation from commissions that depend on how much business they bring in. But how do they – and their employers – accurately track what they’ve earned day by day? Enter commission management platform Everstage, which is today announcing a $13 million Series A fundraising, just eight months after its seed round.

“For years, sales teams have been maintaining shadow accounting systems to try to track what they’re earning,” says Siva Rajamani, co-founder and CEO of Everstage. “Very often, they have little idea what they’ve actually earned until they’re paid.”

It is not an exaggeration. Data from market research specialist Gartner suggests that fewer than one if four sales agents is easily able to calculate their total variable compensation.

It’s not that companies are trying to cheat their staff, Rajamani explains. But commission structures are becoming ever more complicated; for example, sales targets are often multi-faceted and change over time, there may be different commission payments for different types of client or contract, and sometimes commissions are shared among teams and their managers.

That can make it very difficult for both employers and employees to keep track of what is owed. The challenge for the former is made harder by the fact that relevant information may be contained in numerous systems throughout the business. As for sales teams, they may not have the complete picture of any one deal.

The result is that errors and inaccuracies often sneak in. In the worst cases, sales teams have ended up quitting and suing their former employers following disputes about how much they are owed. More fundamentally, if sales teams can’t see the link between their performance and their rewards, the whole point of linking the two is undermined. Commission structures are meant to incentivise better sales performance, but that only works if they’re transparent.

“We started Everstage because we identified several pain points with the existing legacy sales commission vendors in the market,” says Rajamani, who had seen such problems for himself in his previous role as head of the global revenue operations team at Freshworks. “The market need was clear – customers wanted an easy to set up and use product that was high on ongoing configurability.”

The latter point is crucial, Rajamani believes. While there are a number of commission tracking products aimed at this market, every company’s commission structure is different. Operations staff therefore need software that is easily set up to reflect their own commission arrangements. “Just buying a package doesn’t work,” says Rajamani. “The software has to be configurable on an ongoing basis.”

Everstage also saw the opportunity to build new features into its product. Operations managers can use it to model different commission structures, in order to understand what a change in compensation practices might cost. Sales teams can plug their pipeline data into the platform, in order to get an idea of what they might earn if they land these prospects – and how increasing the size of the contract, say, might feed through into a higher commission. “Everstage has really become a true way to retain and motivate reps towards performance goals,” adds Rajamani.

Customers are buying into the idea at a rapid rate. While the business is two years’ old, it did not begin selling its product until last summer. Since then, customer numbers and revenues have grown six times’ and five times’ over respectively. Everstage has attracted customers in North America, Europe and Asia, and has been installed at businesses ranging from small companies with 10 sales reps to larger organisations with sales teams numbering 1,000 or more.

Investors are keen to buy into the story. Everstage raised $1.7 million of seed capital from 3one4 Capital last August, and it is participating in the Series A funding round announced today. This latter round is led by Elevation Capital.

“Companies are constantly looking to design creative incentive plans to drive sales performance,” says Elevation Capital principal Akarsh Shrivastava. “We were super impressed at how, unlike the current legacy vendors, Everstage elegantly allowed companies to design and manage even the most complex plans.”

The money raised will enable Everstage to build out its sales teams in continents around the world, explains Rajamani. He is also keen to invest in the company’s brand. The technology sector, home to many of the company’s early adopters, has good awareness of what the platform does, but Everstage is keen to tell its story more widely in other industries, including financial services, pharmaceuticals and business services.

The original article can be found on Forbes.