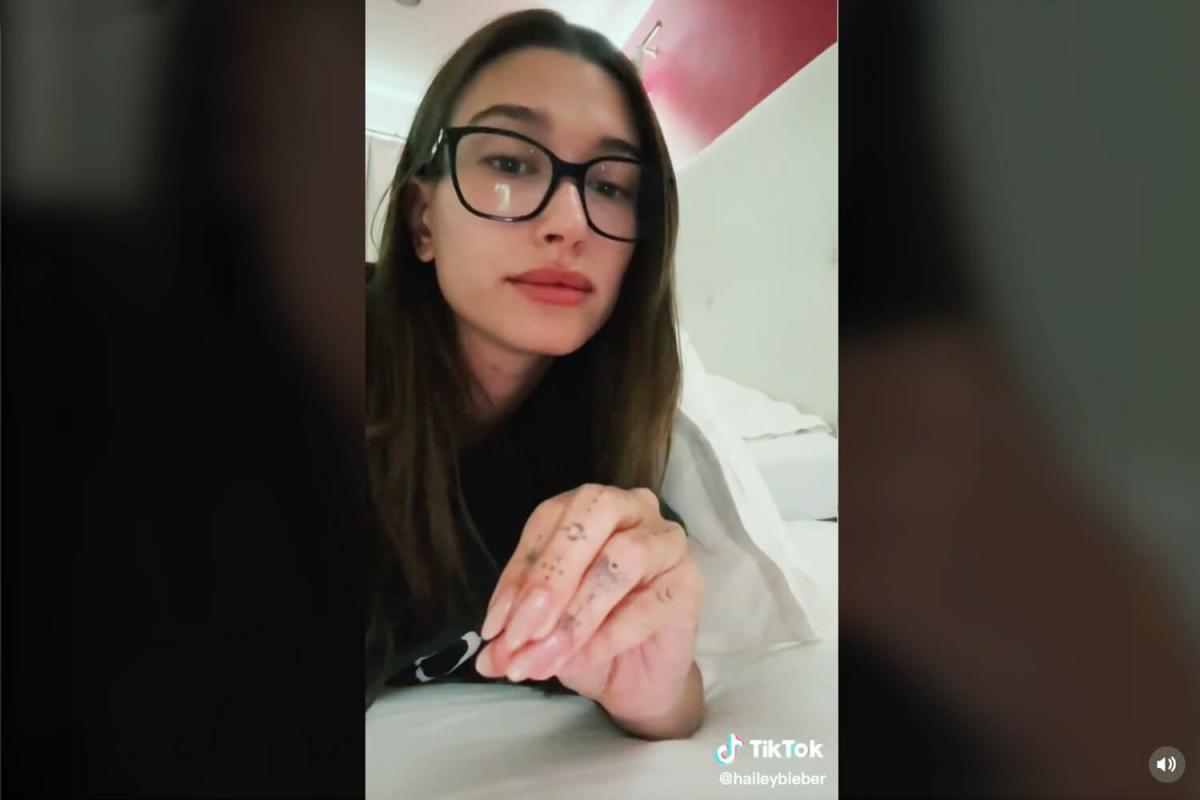 Hailey Bieber is over the social media hate.

The 25-year-old model shared a pointed message to online critics in a TikTok video Tuesday, captioning the clip, “This is for you guys in my comments every single time I post.”

“Leave me alone at this point. I’m minding my business,” she started. “I don’t do anything, I don’t say anything. Leave me alone, please.”

Continued Hailey: “Enough time has gone by where it’s valid to leave me alone. I beg of you, truly. That’s my only request. Leave me alone. Be miserable somewhere else, please.”

It’s not clear what inspired Hailey’s PSA; however, she appears to be referencing comments she’s received about Selena Gomez, 29, who famously dated her husband, Justin Bieber, 28, off and on from 2011 to 2018.

RELATED: Hailey Bieber Reveals Why She Gave Up Runway Modeling: ‘I Don’t Want to Feel Bad About Myself’

Earlier this month, Hailey shared a cute TikTok video of herself lip syncing to Justin’s 2009 hit, “One Time,” with singer and fellow model Justine Skye, and a number of critics claimed in the comment section that the song was about Gomez.

Hailey is no stranger to setting the record straight on social media. The former Drop the Mic host shut down pregnancy rumors after fans speculated that she and Justin are expecting their first child.

RELATED: Justin Bieber and Hailey Baldwin Shut Down the Grammys Red Carpet with Their Style — and Passionate Kiss!

Following the couple’s red carpet appearance at the 2022 Grammy Awards, Hailey responded to claims on Instagram that her flowing gown for the night was hiding a baby bump.

“I’m not pregnant leave me alone,” she wrote.

Though Justin previously said he was hoping they’d “start trying” for a baby last year, Hailey said in February that she changed her mind about the timeline.

“I think ideally in the next couple of years we would try. But there’s a reason they call it try, right? You don’t know how long that process is ever going to take,” she said in a cover story interview for WSJ Magazine‘s Spring Women’s Fashion issue. “Definitely no kids this year; that would be a little bit hectic, I think.”

She explained that because she’s still young, there’s more she would like to accomplish before starting a family.

“There’s this thing that happens for women when you get married. Everybody always assumes it’s: First comes love, then comes marriage, then comes the baby,” she said. “Well, what about all the things I want to accomplish in my business?”