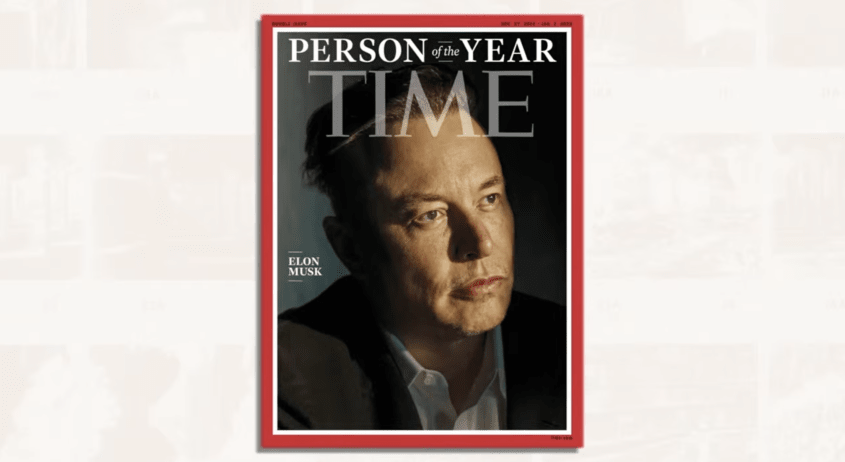 
Time has revealed its 2021 Person of the Year: Tesla CEO Elon Musk.

The magazine unveiled the pick during a live stream on Monday. The title goes to the person who “had the greatest influence on the year — for better or worse,” Time explains, and editor-in-chief Edward Felsenthal described Musk as someone “with extraordinary influence on life on Earth, and potentially life off Earth, too.” Musk, the wealthiest person in the world, serves as CEO of the rocket company SpaceX and the electric car company Tesla.

“In 2021, Musk emerged not just as the world’s richest person but also as perhaps the richest example of a massive shift in our society,” Felsenthal wrote. “From Amazon’s Jeff Bezos to Facebook turned Meta’s Mark Zuckerberg, the year brought home the extent to which, at a time of rising protest over ever deepening inequality, our lives and many of the basic structures around them are now shaped by the pursuits, products and priorities of the world’s wealthiest people.”

This selection comes after President Biden and Vice President Kamala Harris were named Time Person of the Year for 2020 following their election win; former President Donald Trump was similarly selected as Person of the Year in 2016. Other recent Person of the Year picks include Swedish climate activist Greta Thunberg, as well as “The Guardians,” a group of persecuted journalists, and “The Silence Breakers,” who spoke out against sexual harassment and assault.

Brazilian President Jair Bolsonaro won Time‘s Person of the Year reader poll, receiving 24 percent of the vote. Time named “Drivers License” singer Olivia Rodrigo the Entertainer of the Year for 2021, while gymnast Simone Biles was named Athlete of the Year, and vaccine scientists were honored as the Heroes of the Year.

Teachers shouldn’t have to pass a political test

Kathy Griffin slams CNN for firing her but not Jeffrey Toobin